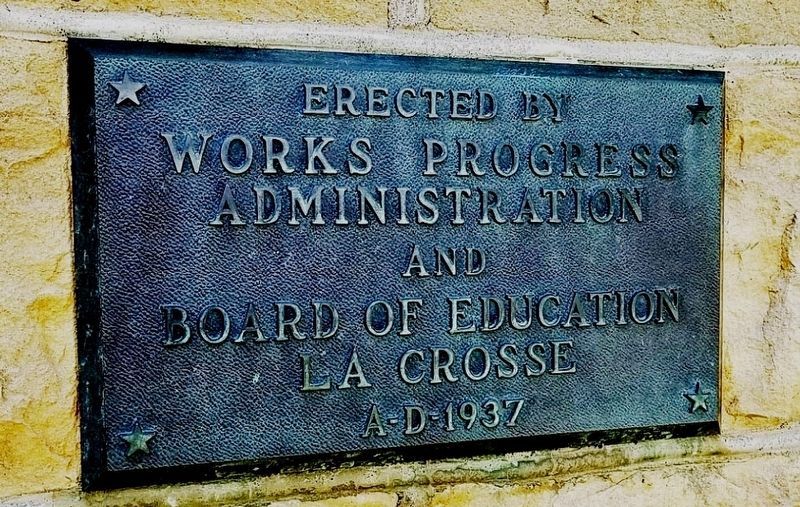 Erected by
Works Progress
Administration
and
Board of Education
La Crosse
A.D. 1937

Topics and series. This historical marker is listed in this topic list: Notable Buildings. In addition, it is included in the Works Progress Administration (WPA) projects series list. A significant historical year for this entry is 1937.

Location. 38° 31.735′ N, 99° 18.665′ W. Marker is in La Crosse, Kansas, in Rush County. Marker can be reached from the intersection of Elm Street and 6th Street, on the right when traveling south. Marker is mounted at eye-level, directly on the subject building, just to the right of the front entrance. Touch for map. Marker is at or near this postal address: 521 Elm Street, La Crosse KS 67548, United States of America. Touch for directions.

Related markers. Click here for a list of markers that are related to this marker. Howard R. Barnard 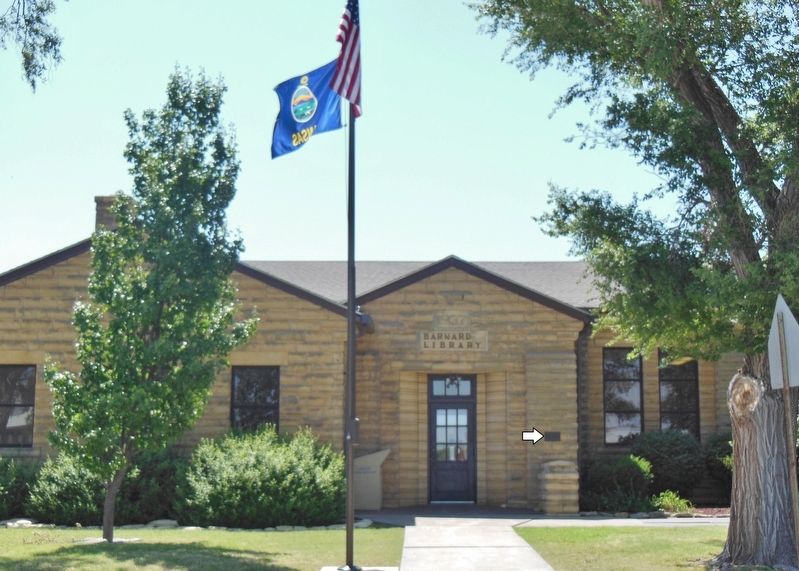 Click or scan to see
this page online
Swimming pools, libraries, courthouses, bridges, and other public buildings are still-visible examples of the Works Progress Administration story in Kansas. At its peak, the WPA employed more than 50,000 Kansans and three million people within the U.S. (Submitted on September 12, 2020, by Cosmos Mariner of Cape Canaveral, Florida.)