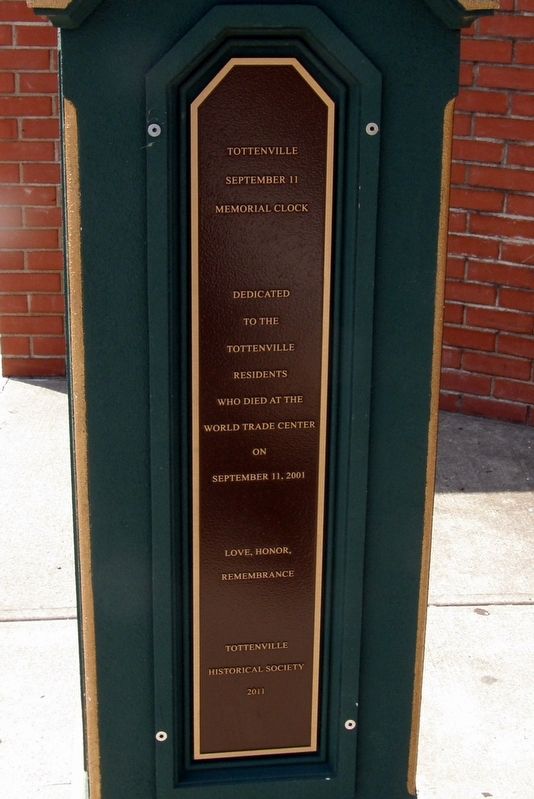 Dedicated to the Tottenville residents who died at the World Trade Center on September 11, 2001
Love, Honor, Remembrance
Tottenville Historical Society 2011

Topics. This historical marker is listed in this topic list: 9/11 Attacks. A significant historical date for this entry is September 11, 2001.

Location. 40° 30.542′ N, 74° 14.815′ W. Marker is in Staten Island, New York, in Richmond County. Marker can be reached from the intersection of Main Street and Amboy Road, on the right when traveling east. Touch for map. Marker is at or near this postal address: 7558 Amboy Rd, Staten Island NY 10307, United States of America. Touch for directions.

Other nearby markers. At least 8 other markers are within walking distance of this marker. Tottenville Memorial Park (a few steps from this marker); Veterans Memorial (within shouting distance of this marker); Veterans Memorial Park (about 300 feet away, measured in a direct line); Biddle House (approx. 0.4 miles away); Edward Z. de Csipkes (approx. 0.4 miles away); Reflections of a Maritime Community (approx. half a mile away); 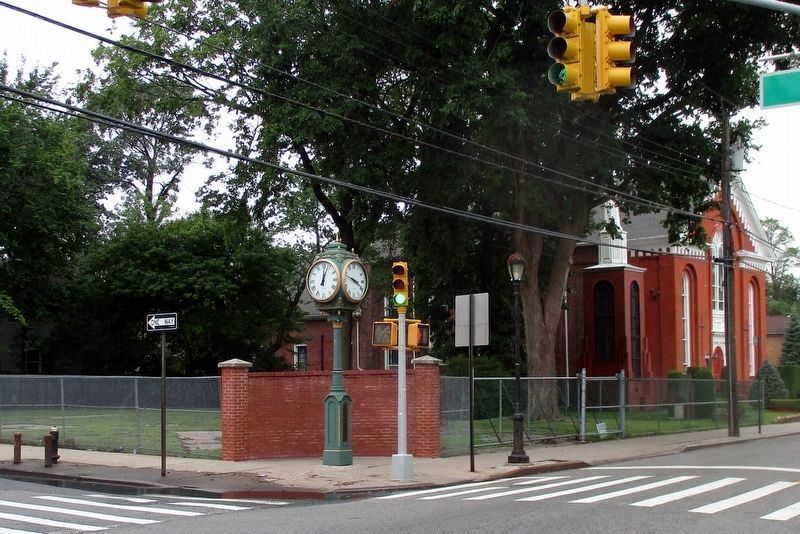 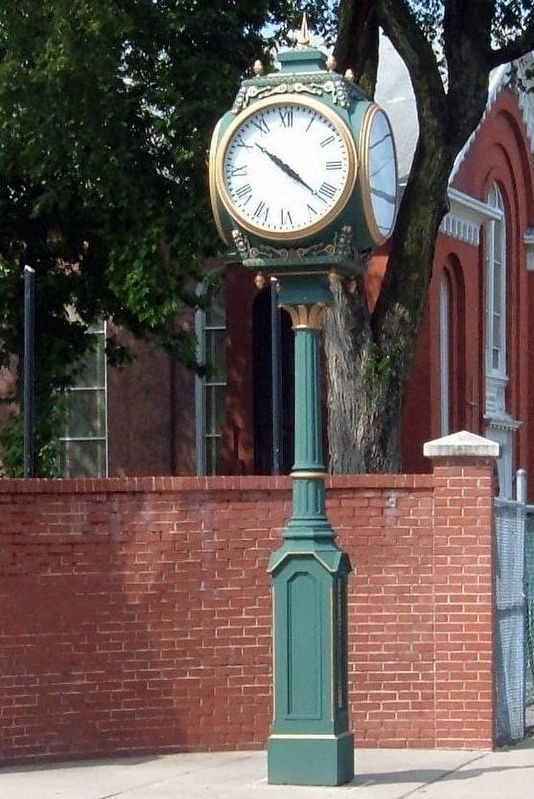