Documenting the History of Sheridan County 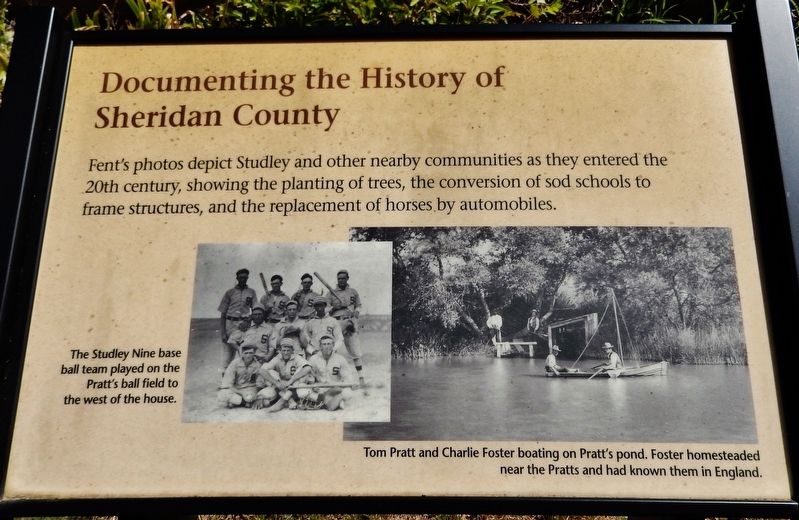 Fent's photos depict Studley and other nearby communities as they entered the 20th century, showing the planting of trees, the conversion of sod schools to frame structures, and the replacement of horses by automobiles.

Location. 39° 21.305′ N, 100° 10.397′ W. Marker is near Studley, Kansas, in Sheridan County. Marker can be reached from U.S. 24 east of Road 140E, on the left when traveling east. Marker is located on the Cottonwood Ranch State Historic Site grounds, overlooking the northwest corner of the ranch house. Touch for map. Marker is at or near this postal address: 14432 East US Highway 24, Hoxie KS 67740, United States of America. Touch for directions. 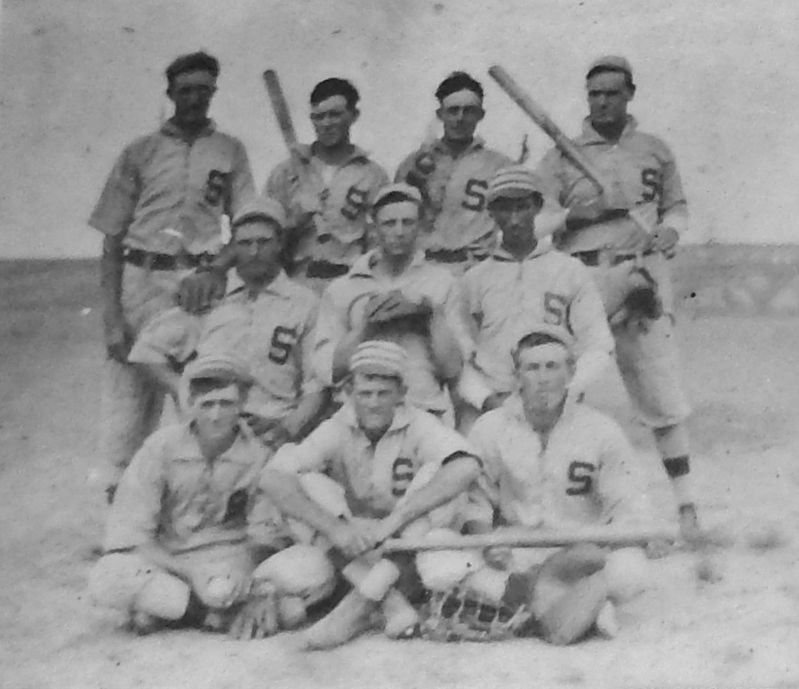 Related markers. Click here for a list of markers that are related to this marker. Cottonwood Ranch State Historic Site

Also see . . .  John Fenton Pratt. With surprising clarity, Fent’s photographs captured moments in time from the families of Sheridan County. Fent often featured his beloved English cottage in his photographs, which came to be known as Cottonwood Ranch. Fent photographed English friends and family at parties and picnics. (Submitted on September 15, 2020, by Cosmos Mariner of Cape Canaveral, Florida.) 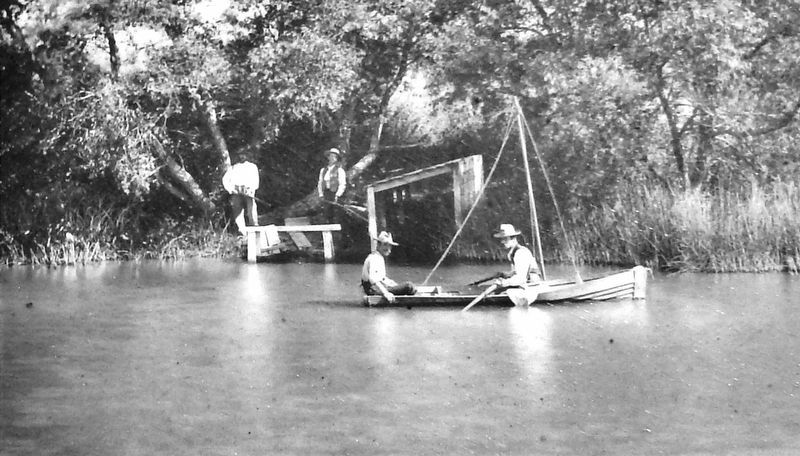 3. Marker detail: Pratt’s Pond
Tom Pratt and Charlie Foster boating on Pratt's pond. Foster homesteaded near the Pratts and had known them in England. 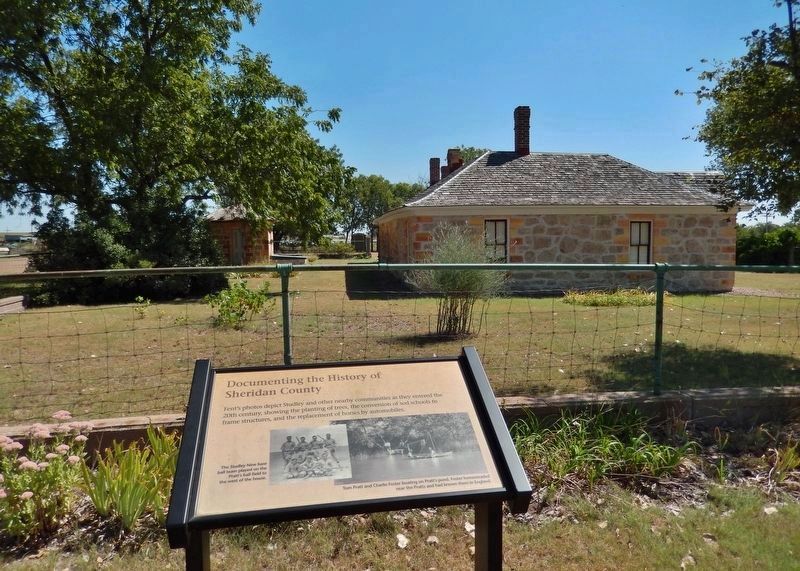