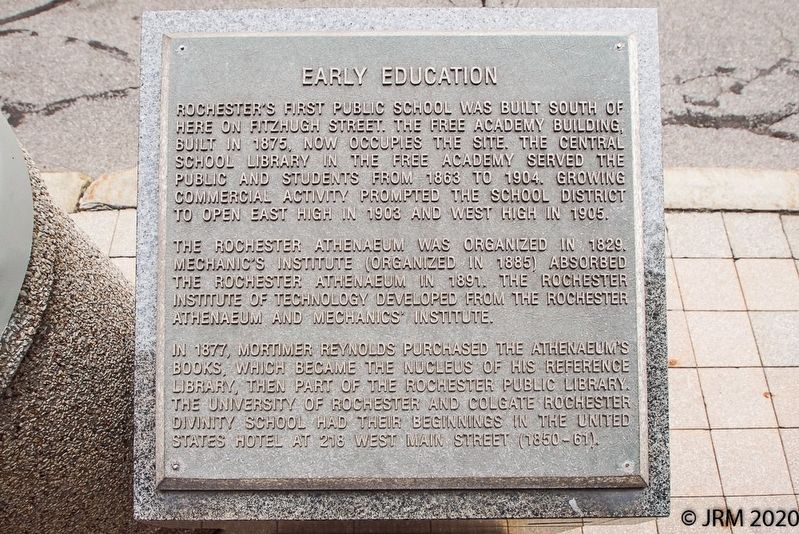 Photographed By Lugnuts, September 7, 2020
1. Early Education Marker
Inscription.
Early Education. . Rochester's first public school was built south of here on Fitzhugh Street. The Free Academy Building, built in 1875, now occupies the site. The central school library in the free academy served the public and students from 1863 to 1904. Growing commercial activity prompted the school district to open East High in 1903 and West High in 1905. The Rochester Athenaeum was organized in 1829. Mechanic's Institute (organized in 1885) absorbed the Rochester Athenaeum in 1891. The Rochester Institute of Technology developed from the Rochester Athenaeum and Mechanic's Institute. In 1877, Mortimer Reynolds purchased the Athenaeum books, which became the nucleus of his reference library, then part of the Rochester Public Library. The University of Rochester and Colgate Rochester Divinity School had their beginning in the United States Hotel at 216 West Main Street (1850-1861). . This historical marker is in Rochester in Monroe County New York

Topics. This historical marker is listed in this topic list: Education. A significant historical year for this entry is 1875. 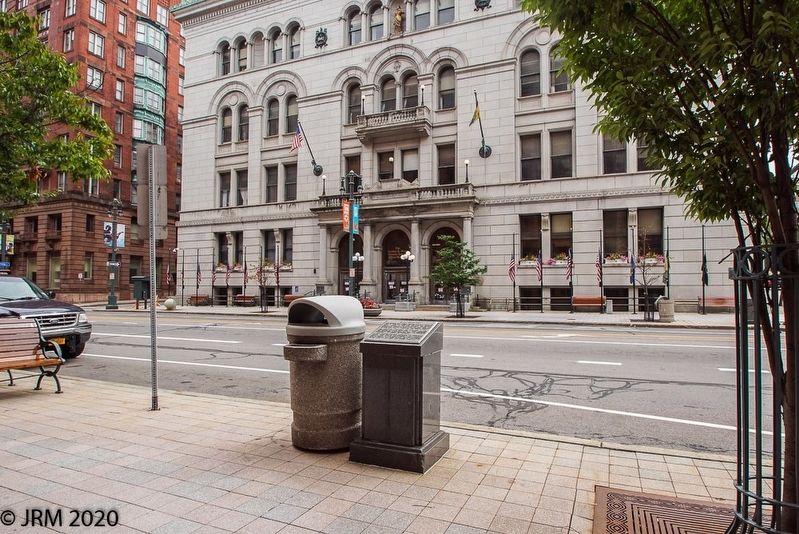 Photographed By Lugnuts, September 7, 2020
2. Early Education Marker
The marker is directly across the street from the Gordon A. Howe County Office Building.

Click or scan to see
this page online
of Main Street and Fitzhugh Street, on the right when traveling west on Main Street. Touch for map. Marker is at or near this postal address: 42 W Main Street, Rochester, NY 14614, Rochester NY 14614, United States of America. Touch for directions. 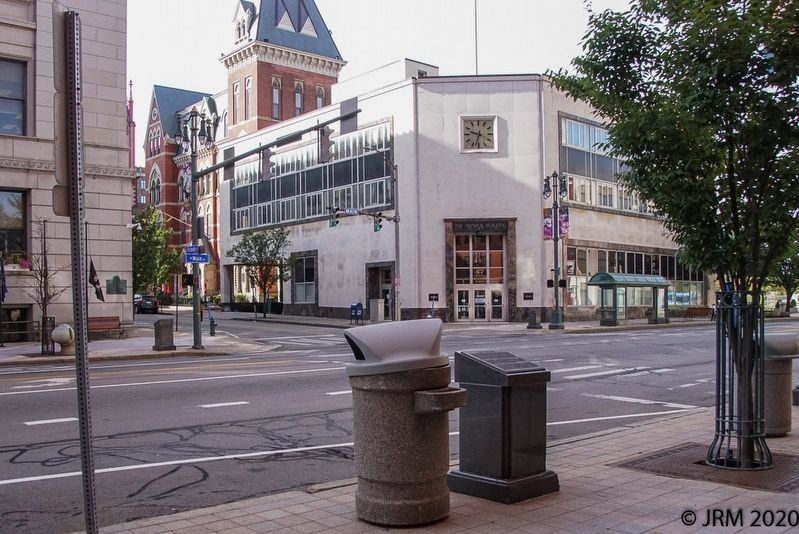 Photographed By Lugnuts, September 12, 2020
3. Overview Looking Southwest
In the distance you can see the Free Academy Building that occupies the space of the original school described in the marker text. 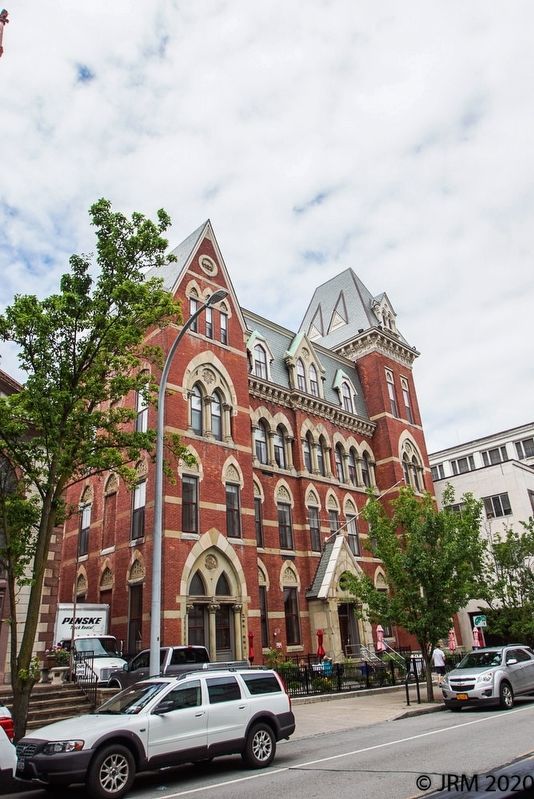