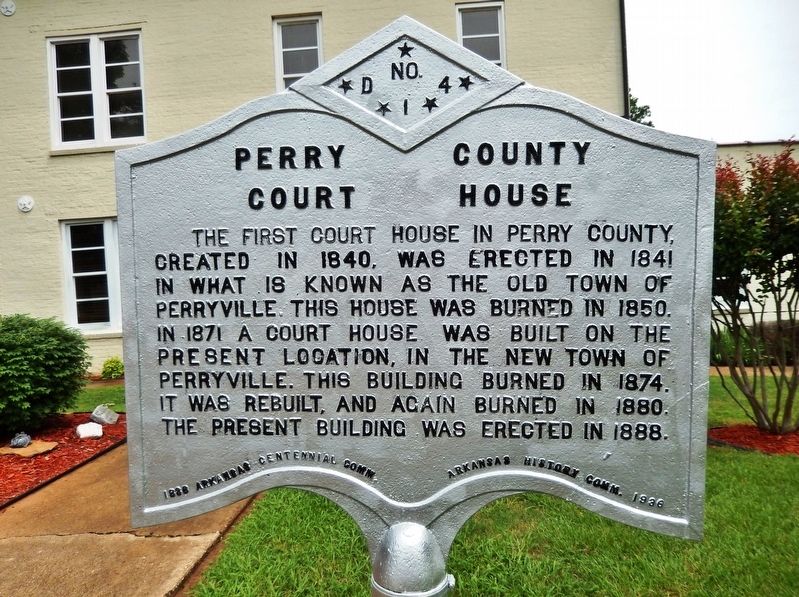 Topics and series. This historical marker is listed in this topic list: Notable Buildings. In addition, it is included in the Arkansas Centennial Commission series list. A significant historical year for this entry is 1888.

Other nearby markers. At least 5 other markers are within 13 miles of this marker, measured 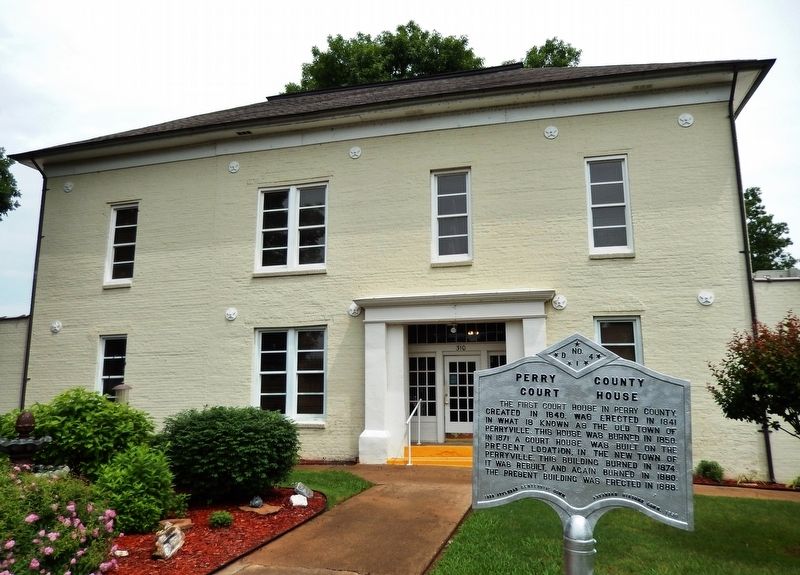 Also see . . .
1. Perry County Court House. Wikipedia entry:
The Perry County Courthouse is a two-story brick building, with a hip roof. It is very simply styled, with rectangular two-over-two windows set in unadorned openings (some in pairs). Its main entrance is deeply recessed in an opening framed by pilasters and an entablatured, with multi-light sidelight windows to either side of the door. It has been enlarged by single-story wings to either side. (Submitted on September 27, 2020, by Cosmos Mariner of Cape Canaveral, Florida.) 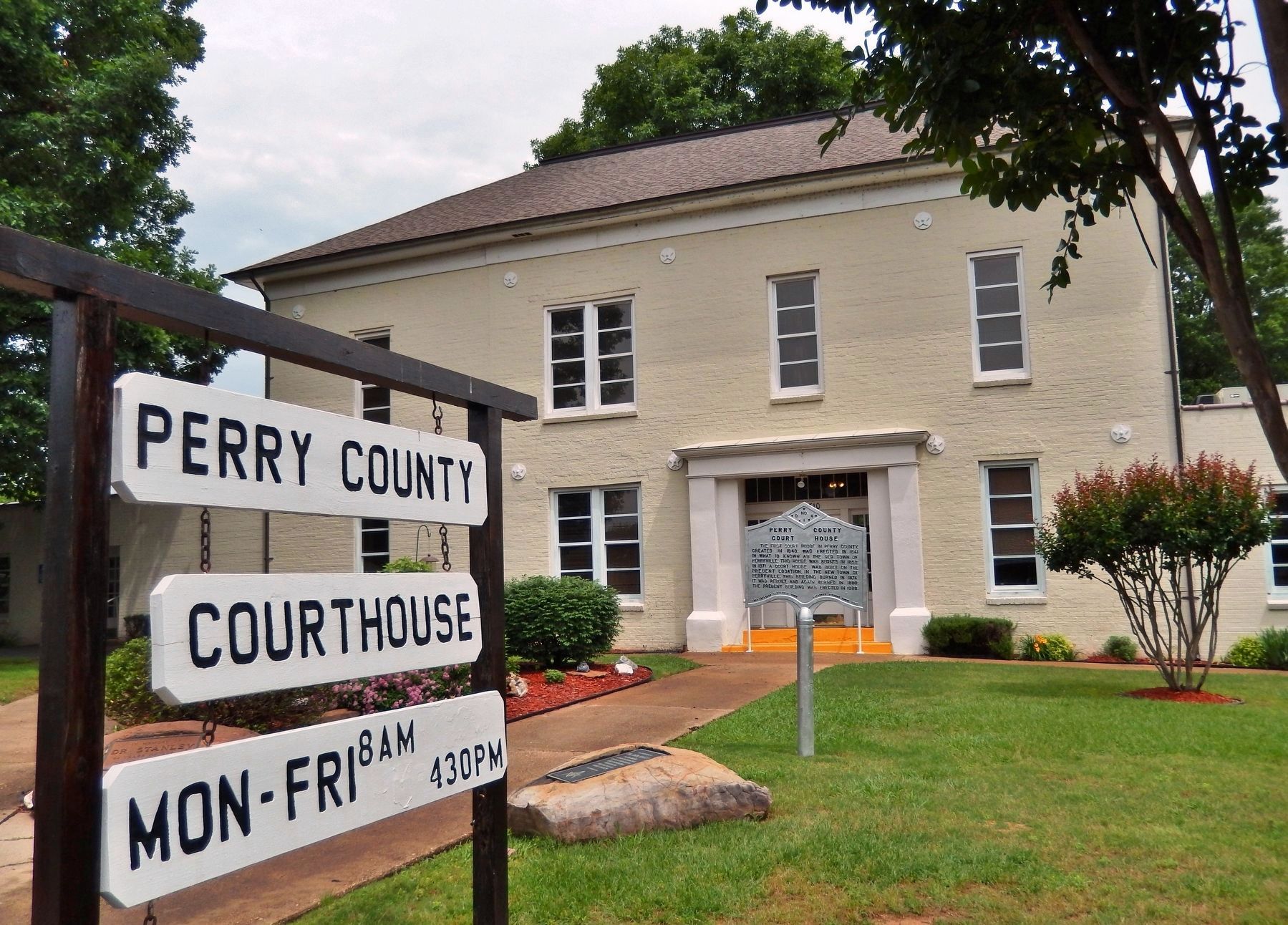