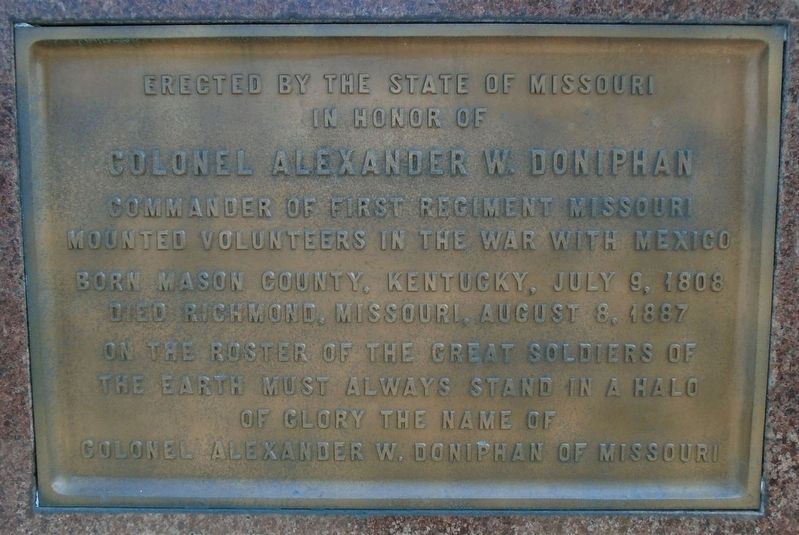 Erected by the State of Missouri
in honor of

Colonel Doniphan was of immense stature,
noble appearance, brilliant parts, fearless,
of great moral courage, sanguine, faithful,
just, poetic in temperament, the champion of
the down-trodden, eloquent beyond
description and without doubt entitled
to be classed among the greatest
orators and lawyers that ever lived.
————————————————
[Bas relief]
Doniphan's Expedition to Mexico
1846-47. 3600 Hundred 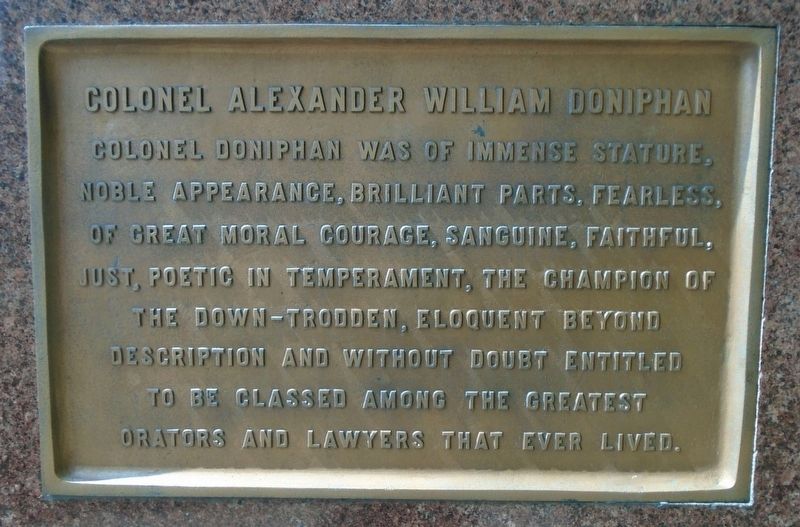 Topics. This historical marker is listed in these topic lists: Patriots & Patriotism • War, Mexican-American. A significant historical date for this entry is July 9, 1808.

Location. 39° 16.724′ N, 93° 58.656′ W. Marker is in Richmond, Missouri, in Ray County. Marker is on College Street north of Main Street (State Highway 10), on the right when traveling north. Monument is on the Ray County Courthouse grounds. Touch for map. Marker is at or near this postal address: 100 West Main Street, Richmond MO 64085, United States of America. Touch for directions. 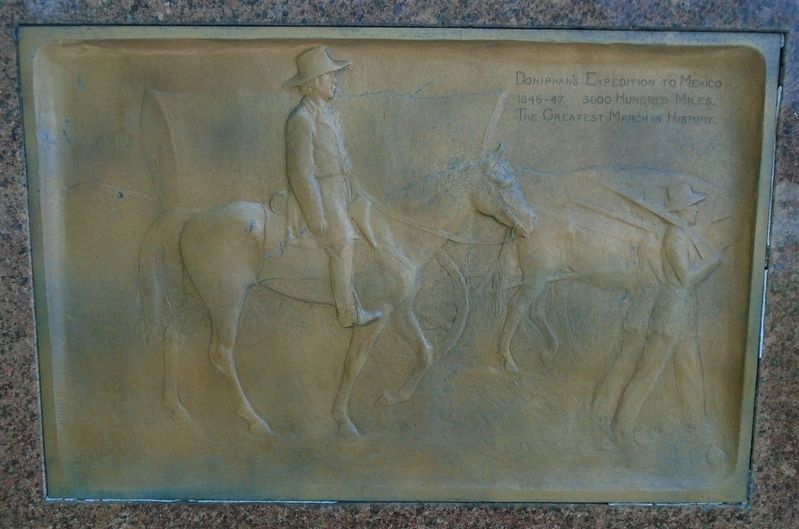 Photographed By William Fischer, Jr., September 17, 2020
3. Doniphan Bas Relief Marker - Mexico March
Click here for a list of markers that are related to this marker. 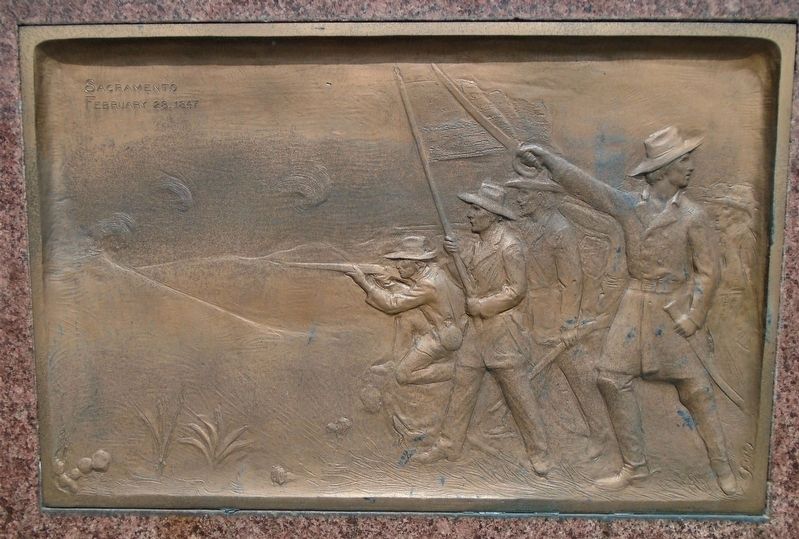 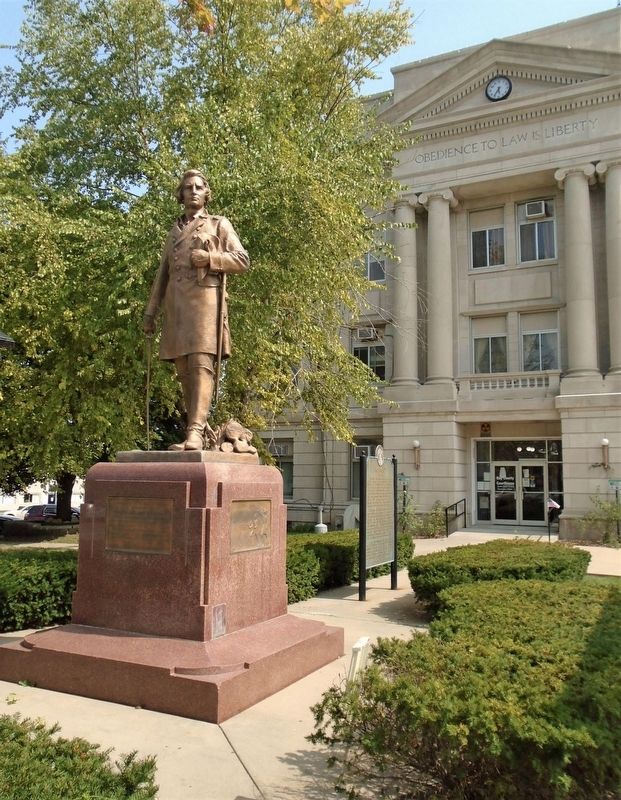 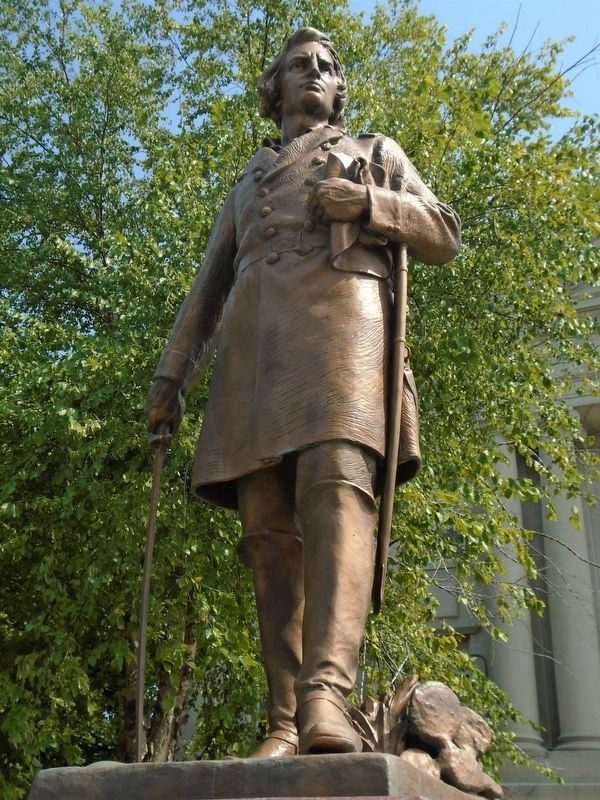 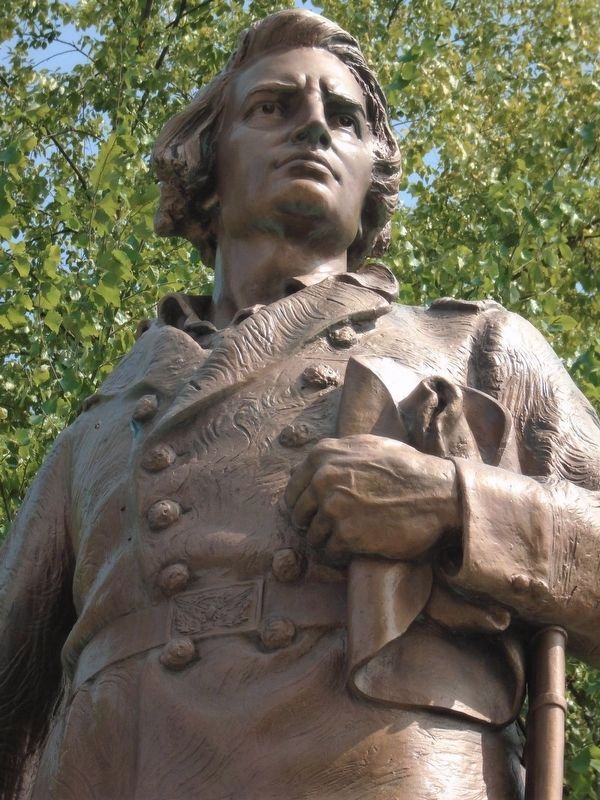 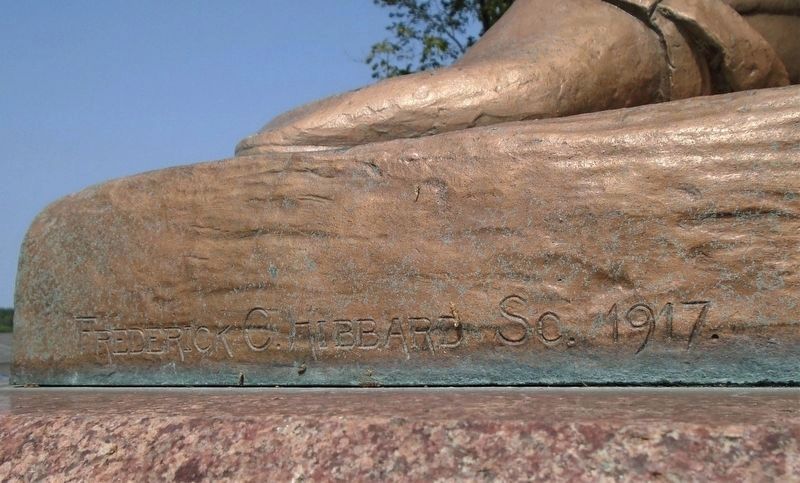