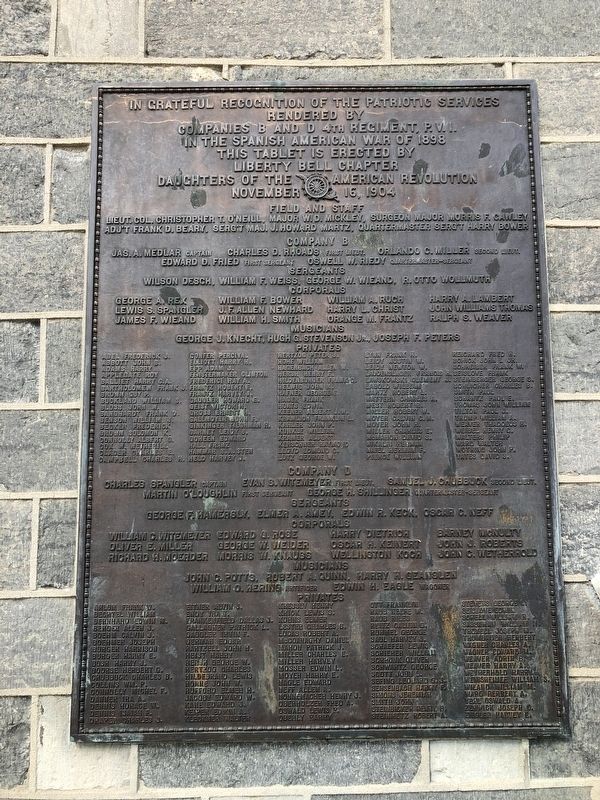 In grateful recognition of the patriotic services rendered by Companies B and D 4th Regiment, P.V.I. in the Spanish American War of 1898.

Erected 1904 by Liberty Bell Chapter, Daughters of the American Revolution.

Topics and series. This memorial is listed in this topic list: War, Spanish-American. In addition, it is included in the Daughters of the American Revolution (DAR) series list.

Location. 40° 36.204′ N, 75° 28.093′ W. Marker is in Allentown, Pennsylvania, in Lehigh County. Memorial is at the intersection of Hamilton Street and North 5th Street, on the right when traveling west on Hamilton Street. Touch for map. Marker is at or near this postal address: 30 N 5th St, Allentown PA 18101, United States of America. Touch for directions. 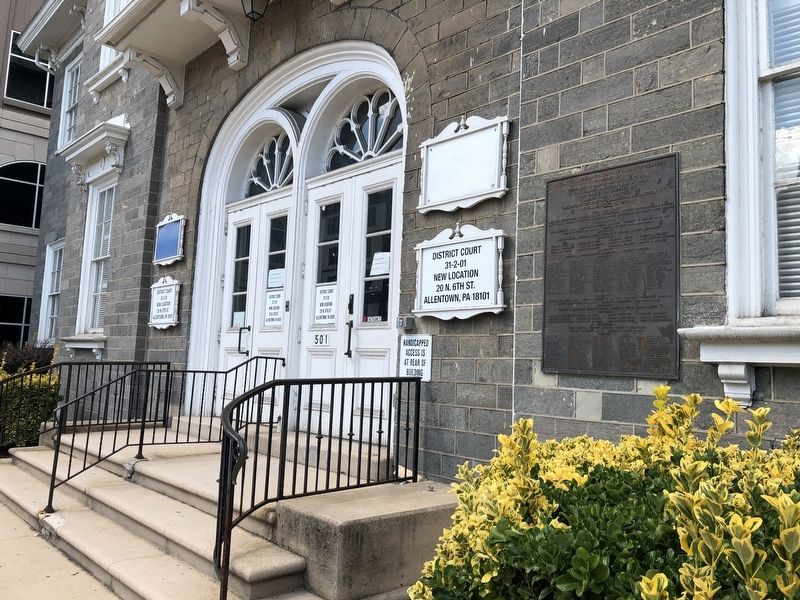