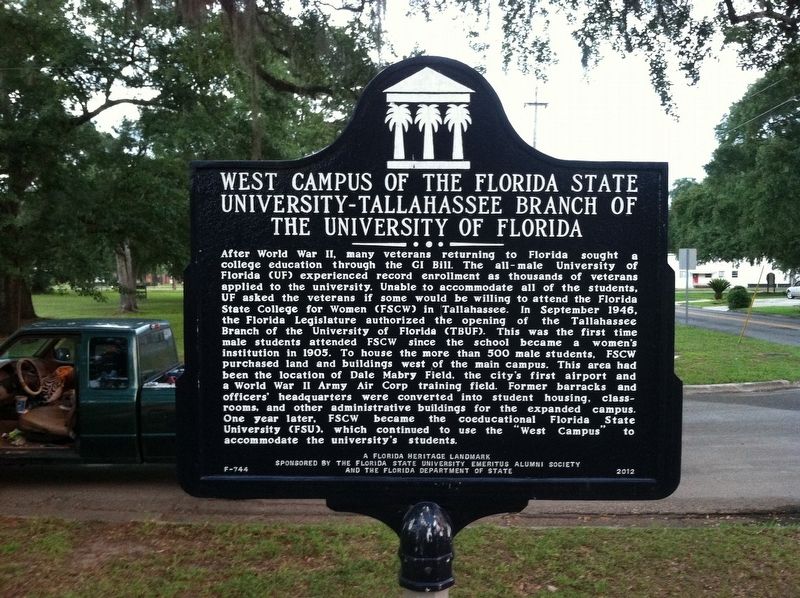 After World War II, many veterans returning to Florida sought a college education through the GI Bill. The all-male University of Florida (UF) experienced record enrollment as thousands of veterans applied to the university. Unable to accommodate all the students, UF asked the veterans if some would be willing to attend the Florida State College for Women (FSCW) in Tallahassee. In September 1946, the Florida Legislature authorized the opening of the Tallahassee Branch of the University of Florida (TBUF). This was the first time male students attended FSCW since the school became a women's institution in 1905. To house the more than 500 male students, FSCW purchased land and buildings west of the main campus. This area had been the location of Dale Mabry Field, the city's first airport and a World War II Army Air Corp truing field. Former barracks and officers' headquarters were converted into student housing, classrooms, and other administrative buildings for the expanded campus. One year later, FSCW became the coeducational Florida State University (FSU), which continued to use the "West Campus" to accommodate the university's students. 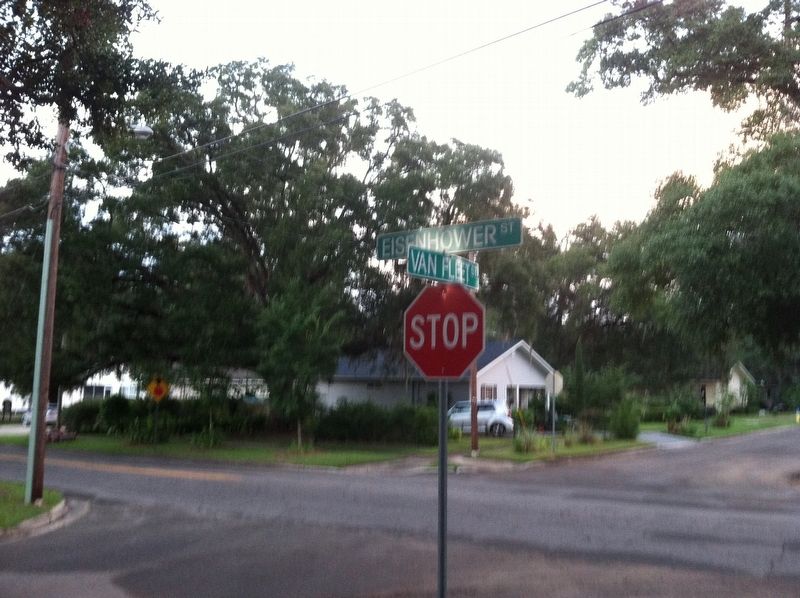 Photographed By Tim Fillmon, August 3, 2014
2. West Campus of the Florida State University-Tallahassee Branch the University of Florida Marker
Taken from marker to intersection.

Click or scan to see
this page online
2012 by The Florida State University Emeritus Alumni Society and the Florida Department of State. (Marker Number F-744.)

Topics. This historical marker is listed in this topic list: Education. A significant historical month for this entry is September 1946.

Editor’s want-list for this marker. A view of the marker and the surrounding area. • Can you help?
Share this page.