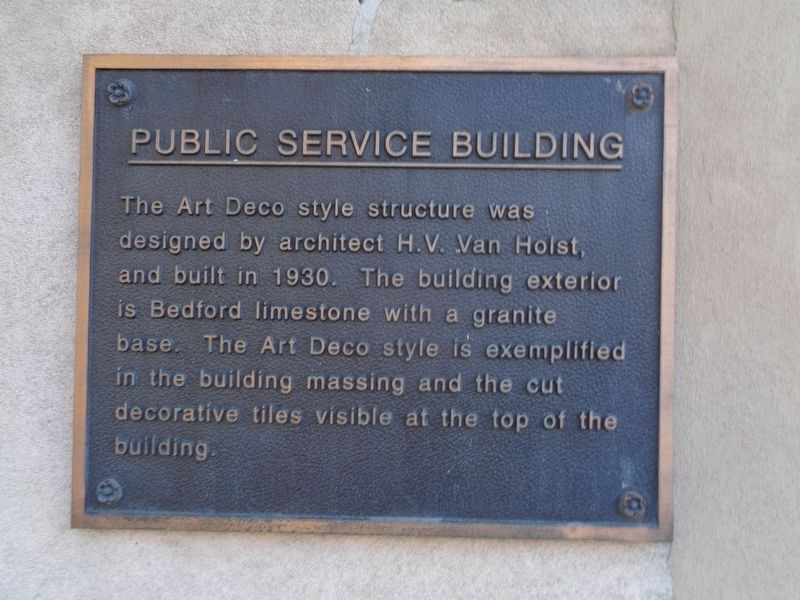 Photographed By Jason Voigt, September 30, 2020
1. Public Service Building Marker
Inscription.
Public Service Building. . The Art Deco style structure was designed by architect H.V. Van Hoist, and built in 1930. The building exterior is Bedford limestone with a granite base. The Art Deco style is exemplified in the building massing and the cut decorative tiles visible at the top of the building. . This historical marker is in Joliet in Will County Illinois

Topics and series. This historical marker is listed in this topic list: Architecture. In addition, it is included in the Art Deco series list. A significant historical year for this entry is 1930. 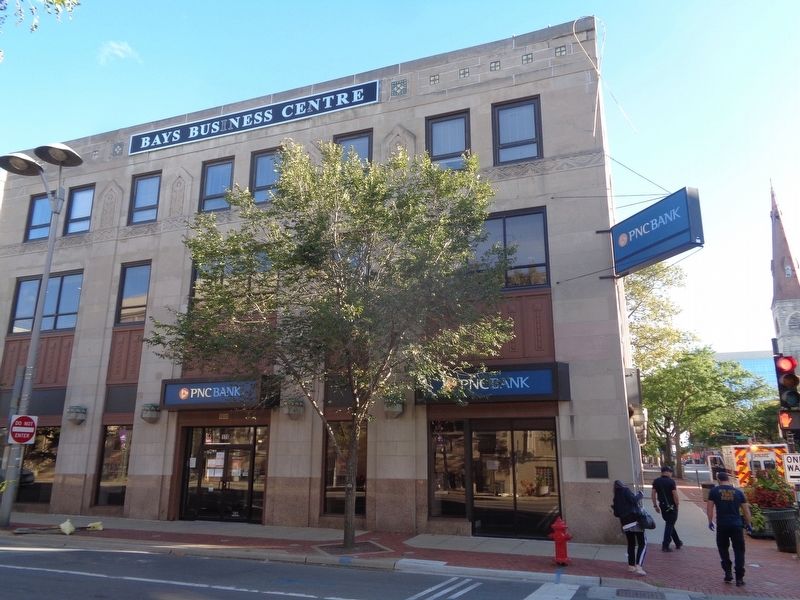 Photographed By Jason Voigt, September 30, 2020
2. Public Service Building Marker
Marker is mounted on the building, which is now PNC Bank.