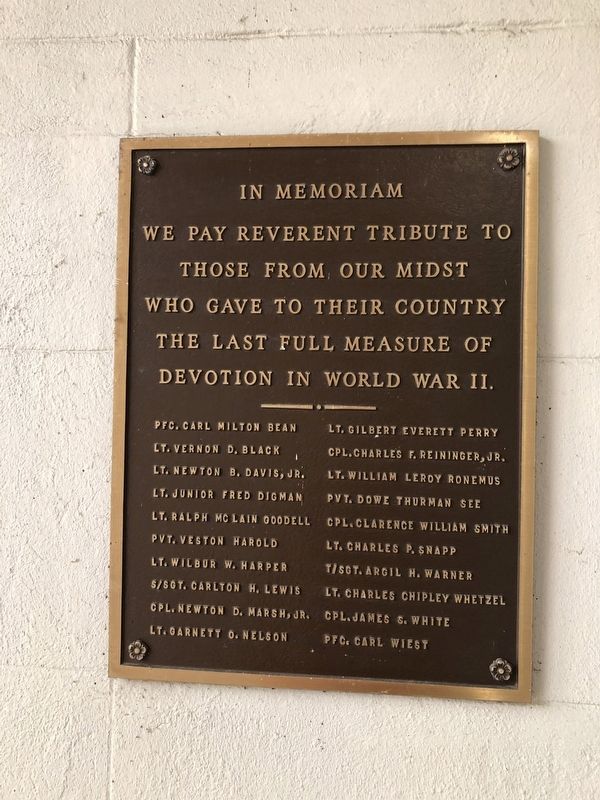 We pay reverent tribute to those from our midst who gave to their country the last full measure of devotion in World War II.

Other nearby markers. At least 8 other markers are within walking distance of this marker. World War I Memorial (a few steps from this marker); McMurran Hall

Editor’s want-list for this marker. A wide shot of the marker in context • Can you help?
Share this page.