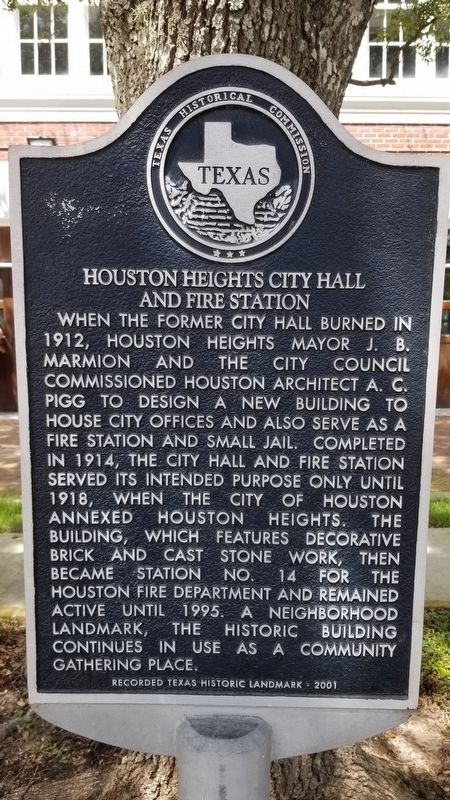 When the former City Hall burned in 1912, Houston Heights Mayor J. B. Marmion and the City Council commissioned Houston Architect A. C. Pigg to design a new building to house city offices and also serve as a Fire Station and small jail. Completed in 1914, the City Hall and Fire Station served its intended purpose only until 1918, when the City of Houston annexed Houston Heights. The building, which features decorative brick and cast stone work, then became Station No. 14 for the Houston Fire Department and remained active until 1995. A neighborhood landmark, the historic building continues in use as a community gathering place.
Recorded Texas Historic Landmark - 2001

Topics. This historical marker is listed in this topic list: Architecture. A significant historical year for this entry is 1912. 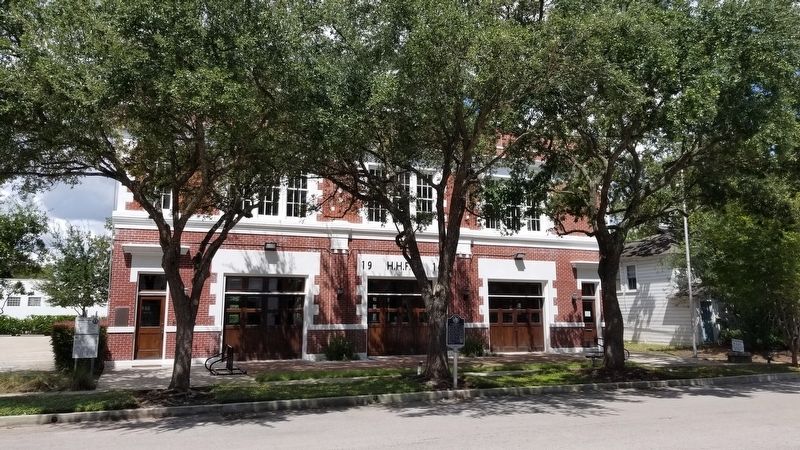 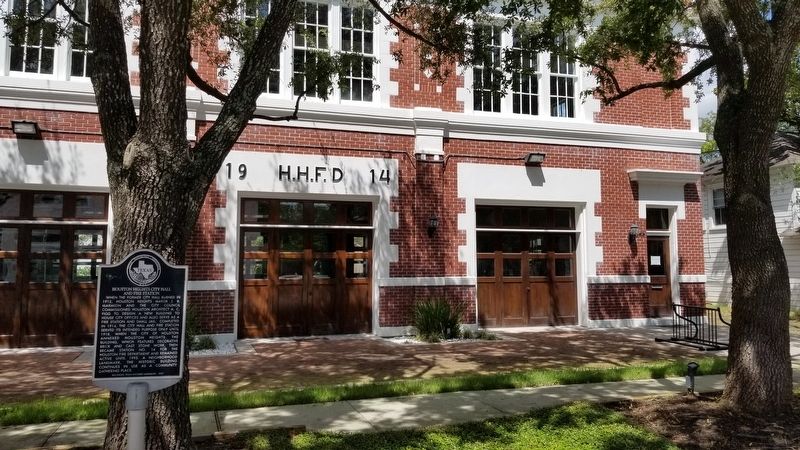