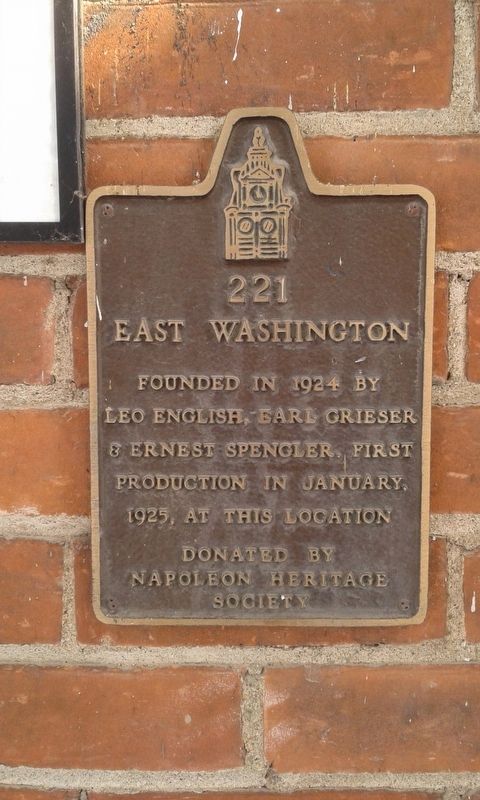 Photographed By Craig Doda, July 17, 2018
1. 221 East Washington Marker
Inscription.
221 East Washington. . Founded in 1924 by Leo English, Earl Grieser and Earnest Spengler. First Production in January, 1925, At This Location . This historical marker was erected by Napoleon Heritage Society. It is in Napoleon in Henry County Ohio

Founded in 1924 by Leo English, Earl Grieser & Earnest Spengler. First Production in January, 1925, At This Location

Topics and series. This historical marker is listed in this topic list: Industry & Commerce. In addition, it is included in the Ohio, Napoleon Heritage Society series list. A significant historical month for this entry is January 1925.

Location. 41° 23.509′ N, 84° 7.353′ W. Marker is in Napoleon, Ohio, in Henry County. Marker is on East Washington Street just west of Hobson Street, on the right when traveling east. Touch for map. Marker is at or near this postal address: 221 East Washington, Napoleon OH 43545, United States of America. Touch for directions. 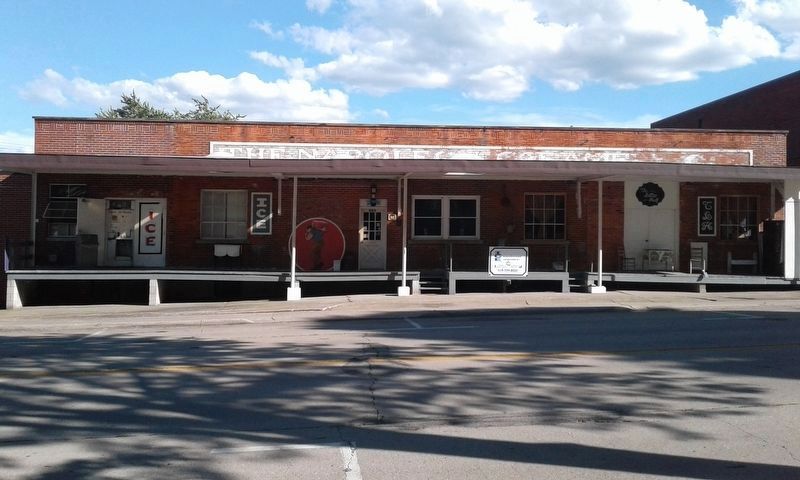 Click or scan to see
this page online
400 feet away); Saint Augustine Catholic Church (about 400 feet away); 127 E. Clinton (about 500 feet away). Touch for a list and map of all markers in Napoleon. 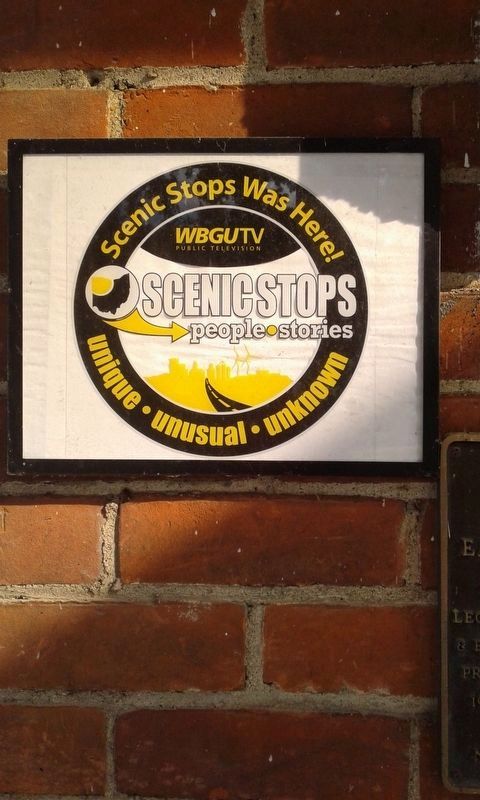