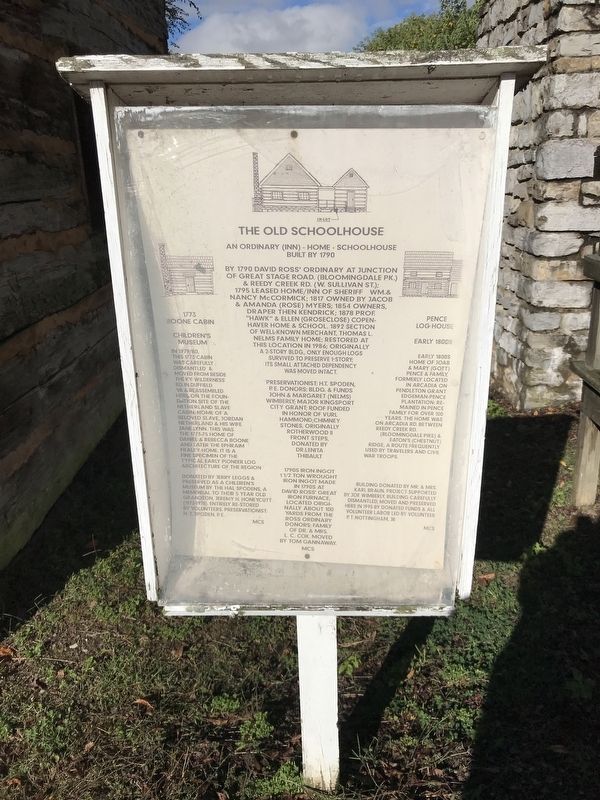 Left side:
1773 Boone Cabin / Children's Museum
In 1979/80, this 1773 cabin was carefully dismantled & moved from beside the Ky. Wilderness Rd. in Duffield Va. & reassembled here on the foundation site of the Netherland slave cabin, home of a beloved slave , Jordan Netherland & his wife, Jane Lynn. This was the 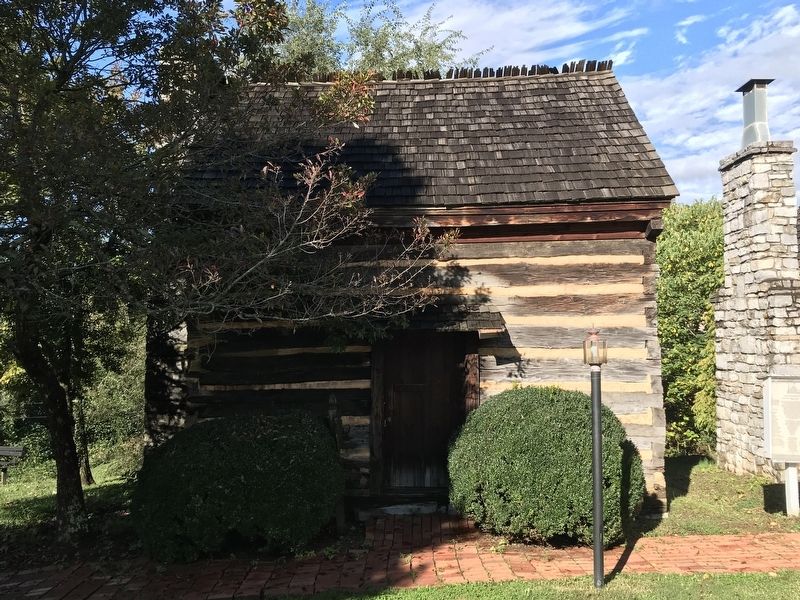 Click or scan to see
this page online
1773-75 home of Daniel & Rebecca Boone and later the Ephraim Fraley home. It is a fine specimen of the typical early pioneer log architecture of the region.

Donated by Jerry Leggs & preserved as a children's museum by the Hal Spodens, a memorial to their 5-year-old grandson, Jeremy H. Honeycutt (1973-1978). Entirely re-stored by volunteers. Preservationist: H.T. Spoden P.E.

Topics. This historical marker is listed in these topic lists: Architecture • Education • Settlements & Settlers. A significant historical year for this entry is 1790.