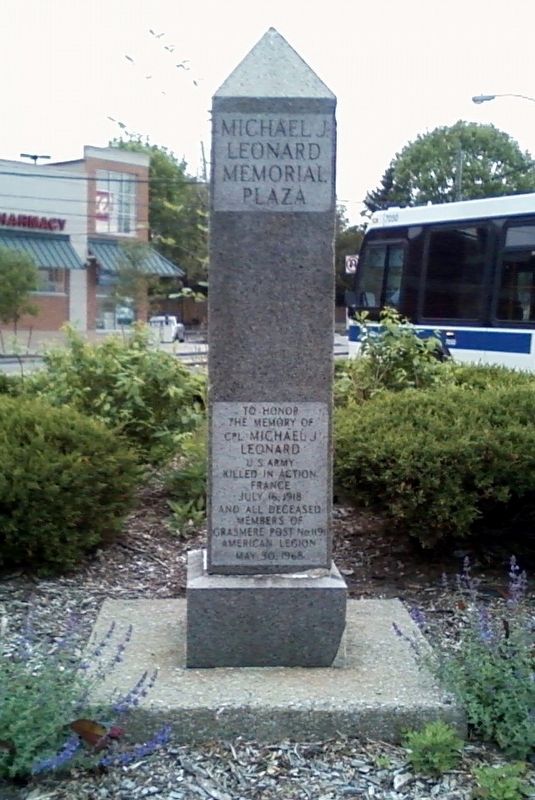 Regarding Michael J. Leonard Memorial Plaza.
“Cpl. Michael J. Leonard (1877-1918) was a native Staten Islander who sacrificed his life for his country in World War I. Prior to his re-enlistment in the army, Leonard resided on Fingerboard Road and was employed as a yard master by the Baltimore and Ohio Railroad. His first military experience was as a member of Company K of the 42nd regiment in the Spanish American War (1898).
Leonard was so determined to serve his country that he underwent surgery to insure his fitness for duty. He sailed with company F of the 165th Infantry to Europe in 1917 and fought in three battles with the old "Fighting 69th" Regiment. He was killed in the Second Battle of the Marne, in France, on July 16, 1918, four months before the armistice of November 11 ended the war. Fifty years later, Grasmere Post #1191 of the American Legion erected a granite monument on this site in memory of Corporal Leonard.”
-from NYC Greenstreets

Editor’s want-list for this marker. Better area photo • Can you help?
Share this page.