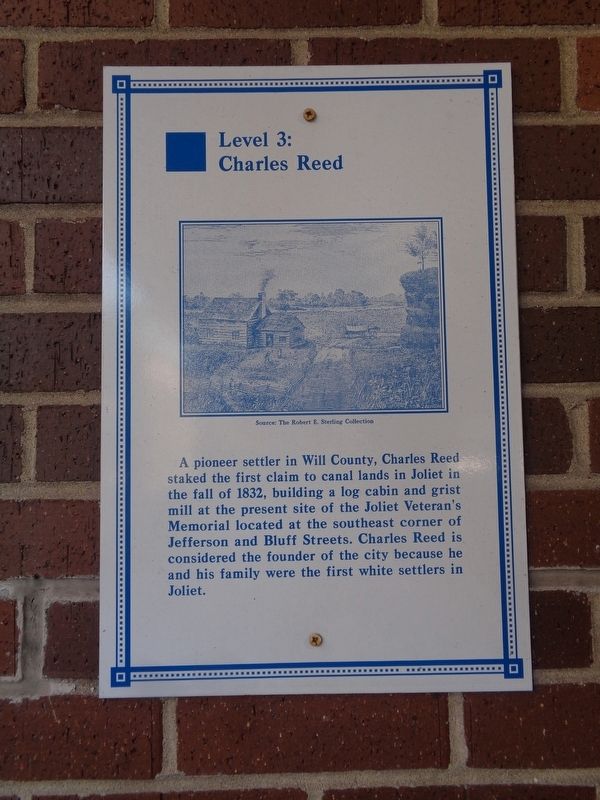 A pioneer settler in Will County, Charles Reed staked the first claim to canal lands in Joliet in the fall of 1832, building a log cabin and grist mill at the present site of the Joliet Veteran's Memorial located at the southeast corner of Jefferson and Bluff Streets. Charles Reed is considered the founder of the city because he and his family were the first white settlers in Joliet. 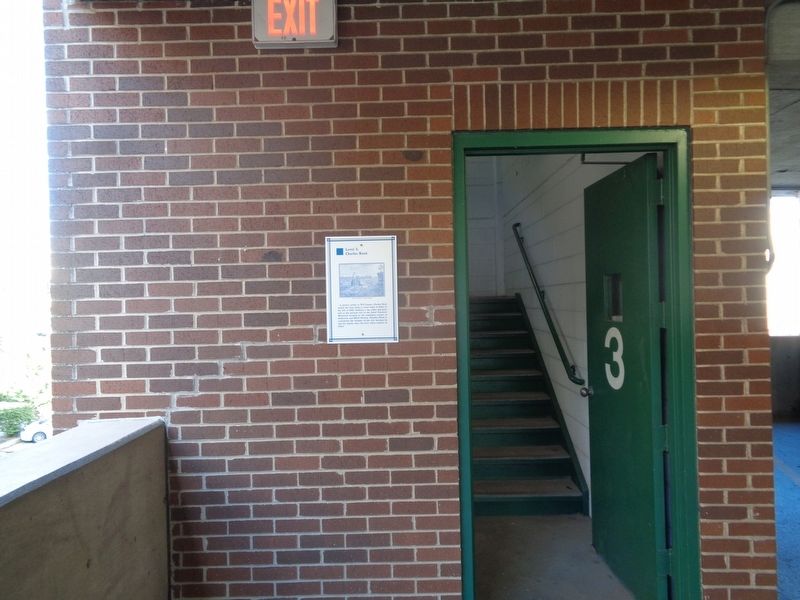 More about this marker. Marker is one of five that are placed on each floor by the staircase. 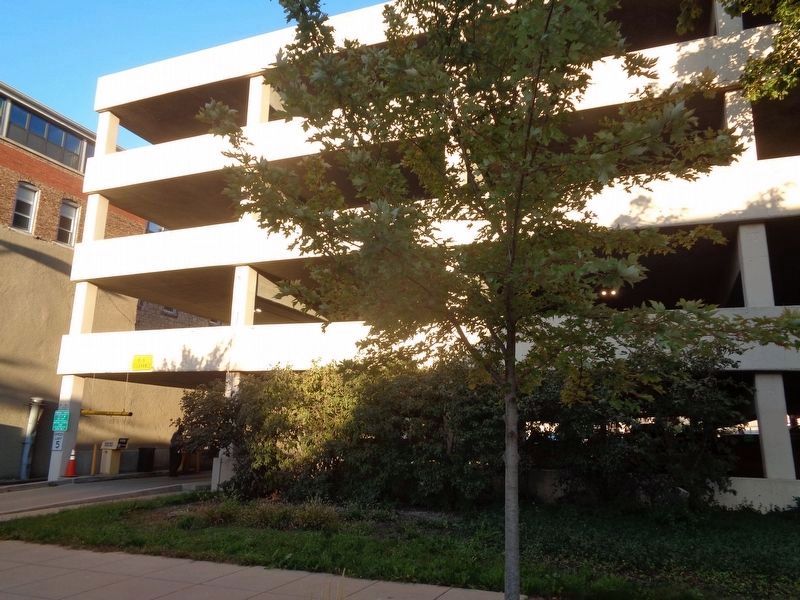