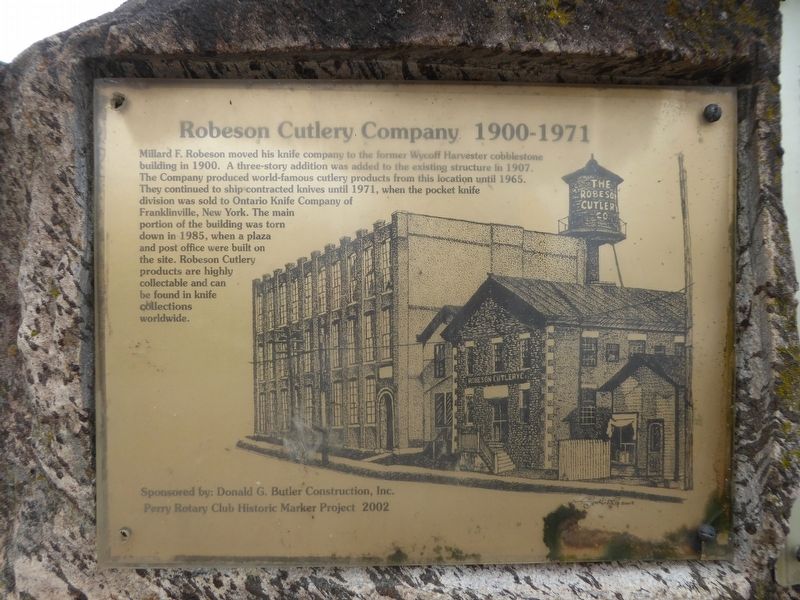 Millard F. Robeson moved his knife company to the former Wycoff Harvester cobblestone building in 1900. A three-story addition was added to the existing structure in 1907. The Company produced world-famous cutlery products from this location until 1965. They continued to ship contracted knives until 1971, when the pocket knife division was sold to Ontario Knife Company of Franklinville, New York. The main portion of the building was torn down in 1985, when a plaza and post office were built on the site. Robeson Cutlery products are highly collectable and can be found in knife collections worldwide. 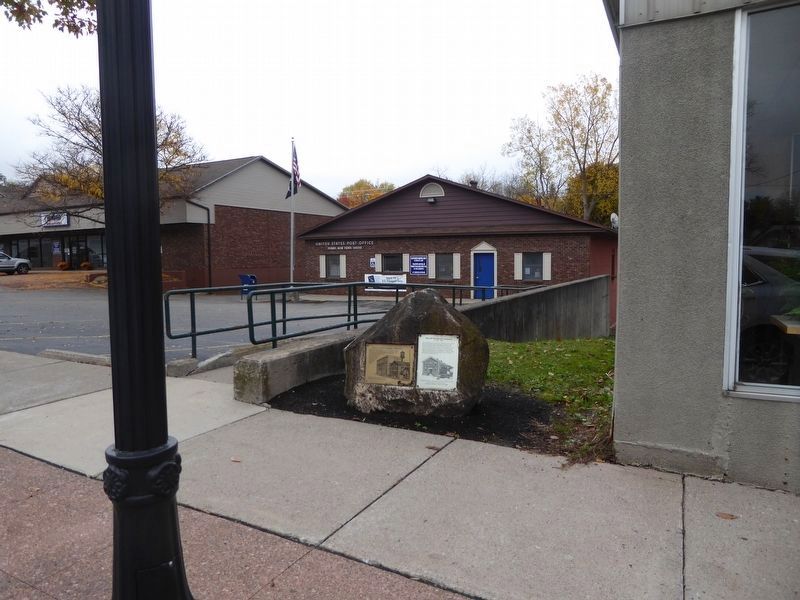 By Bruce Kelly, October 24, 2020
2. Robeson Cutlery Company 1900-1971 Marker
Marker boulder in front of the Perry Post Office
39) north of Covington Street, on the right when traveling north. Touch for map. Marker is at or near this postal address: 22 N Main Street, Perry NY 14530, United States of America. Touch for directions.

Other nearby markers. At least 8 other markers are within 2 miles of this marker, measured as the crow flies. Wycoff Harvester Company (here, next to this marker); Richmond-Andrus Mill Site (about 400 feet away, measured in a direct line); Historic Water Trough (about 500 feet away); First United Methodist Church (about 500 feet away); Old Burying Ground (about 700 feet away); Andrus Mill Pond (approx. 0.2 miles away); Silver Lake Mills of Perry (approx. ¼ mile away); Pioneer Cabin (approx. 1.2 miles away). Touch for a list and map of all markers in Perry. 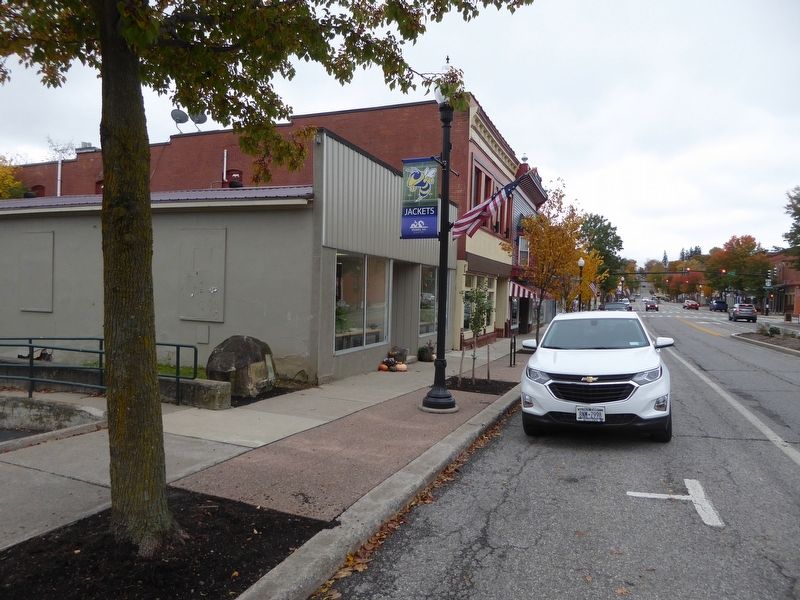