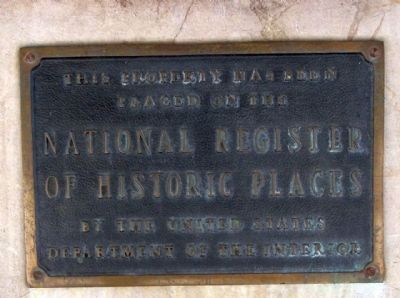 Photographed By Mike Stroud, December 13, 2008
1. Tampa Theatre Marker
Tampa Theater and Office Building (added 1978 - Building - #78000945)
Inscription.
Tampa Theatre. . This property has been placed on the National Register of Historic Places By the United States Department Of The Interior . This historical marker was erected in 1978 by Department Of The Interior. It is in Tampa in Hillsborough County Florida 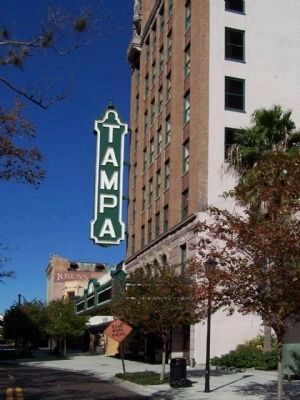 Photographed By Mike Stroud, 2008
2. Tampa Theatre
This restored 1926 movie palace features films, concerts and special events that are enhanced by an elaborate setting.

Click or scan to see
this page online
line); Sacred Heart Church (about 600 feet away); Jimi Hendrix (about 700 feet away); Courthouse Square (about 800 feet away). Touch for a list and map of all markers in Tampa.

Regarding Tampa Theatre. Tampa Theatre opened on October 15, 1926 and during its early days presented extravagant vaudeville shows, concerts by the Tampa Theatre Orchestra, and silent films. By 1973, as operating costs soared, the Theatre was no longer economically viable as a commercial enterprise.

Tampa Theatre is listed in the National Register of Historic Places, is a Tampa City Landmark, and is a member of the League of Historic American Theatres. 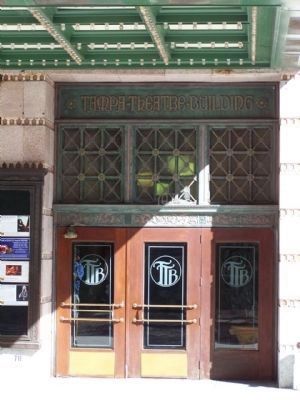 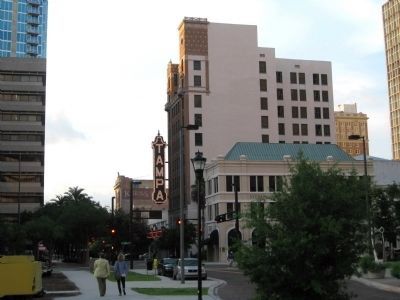 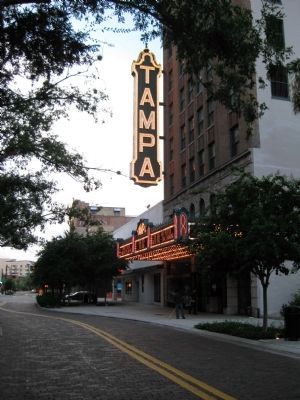 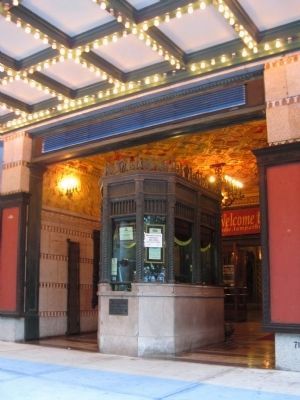 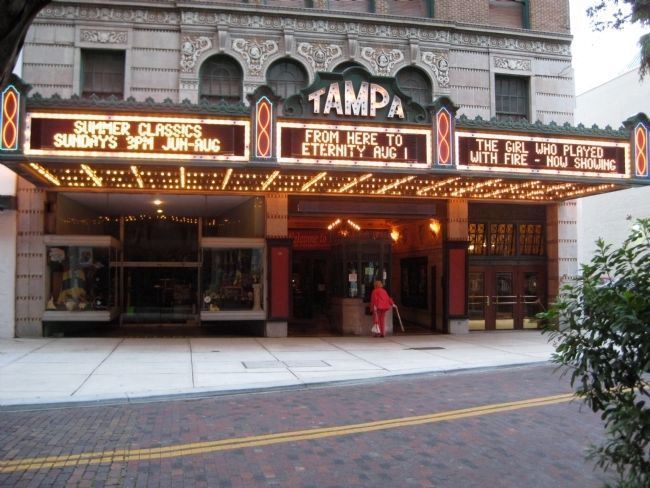