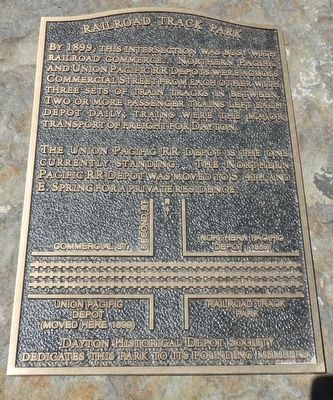 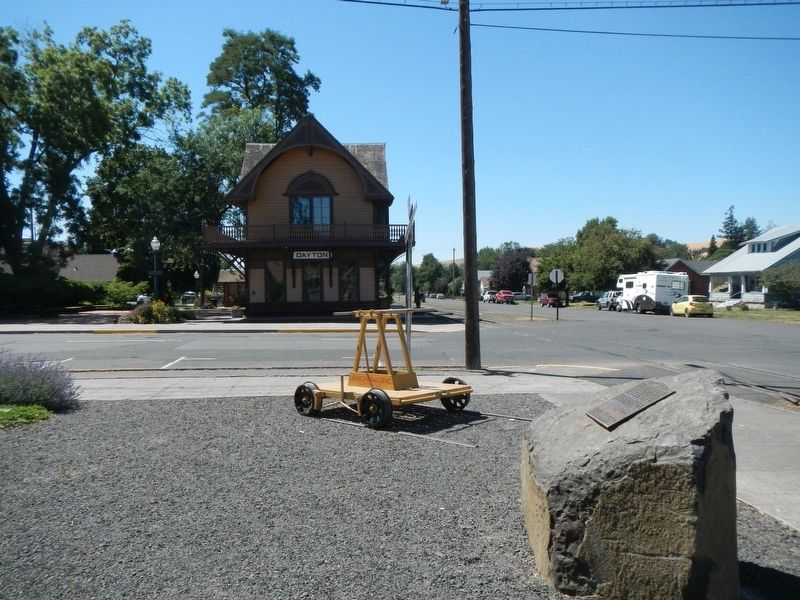 Click or scan to see
this page online
distance of this marker. Oldest Existing Depot in the State of Washington (within shouting distance of this marker); Columbia County Courthouse (about 300 feet away, measured in a direct line); City of Dayton (about 300 feet away); Columbia County (about 400 feet away); The Celilo Falls Trail (about 400 feet away); Smith Hollow Schoolhouse (approx. 0.2 miles away); Cayuse, Umatilla, and Walla Walla Homeland (approx. 0.2 miles away); "a good road" (approx. 0.2 miles away). Touch for a list and map of all markers in Dayton.
Credits. This page was last revised on October 30, 2020. It was originally submitted on October 30, 2020, by Barry Swackhamer of Brentwood, California. This page has been viewed 62 times since then and 14 times this year. Photos:   1, 2. submitted on October 30, 2020, by Barry Swackhamer of Brentwood, California.
Share this page.