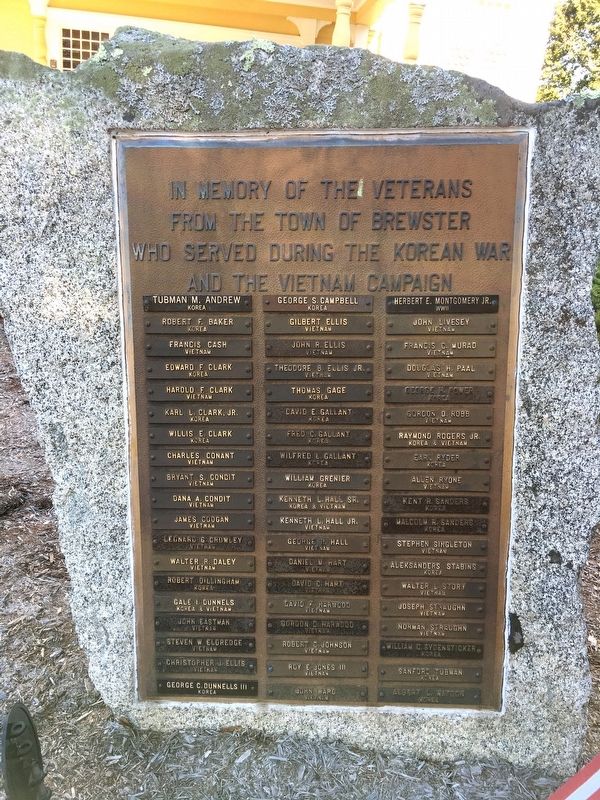 Location. 41° 45.41′ N, 70° 5.391′ W. Marker is in Brewster, Massachusetts, in Barnstable County. Memorial is on Main Street (Massachusetts Route 6) 0.1 miles south of Brewster Road, on the right when traveling north. The memorial is located in front of the Brewster Council on Aging Building. Touch for map. Marker is at or near this postal address: 1673 Main Street, Brewster MA 02631, United States of America. Touch for directions.