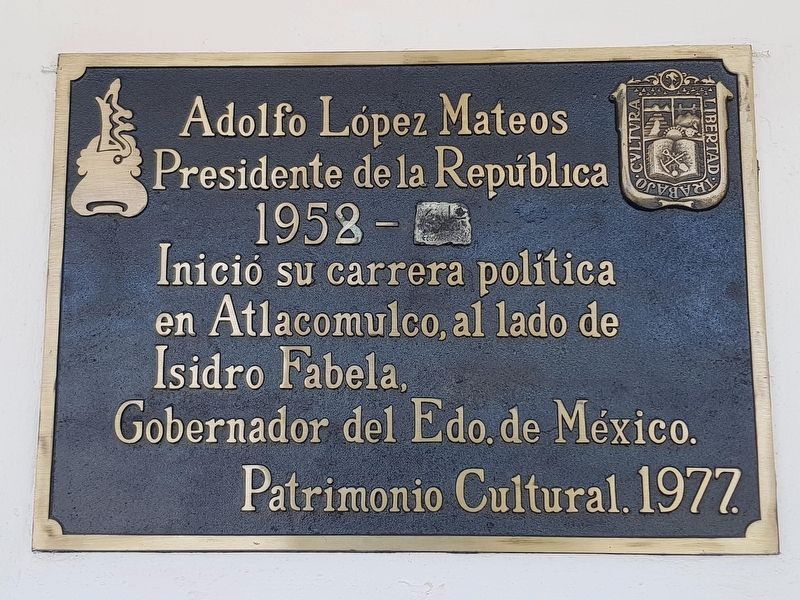 Photographed By J. Makali Bruton, October 25, 2020
1. Adolfo López Mateos Marker
The marker originally had 1952 as the year that his presidency began. It was changed to 1958, the correct year. The year of the end of his presidency, 1964, is not shown.
Inscription.
English translation: , Aldolfo López Mateos , President of the Republic , 1958- , He began his political career in Atlacomulco, next to Isidro Fabela, Governor of the State of Mexico. , Cultural Heritage. 1977. . This historical marker was erected in 1977 by Patrimonio Cultural. It is in Atlacomulco Estado de Mexico Mexico