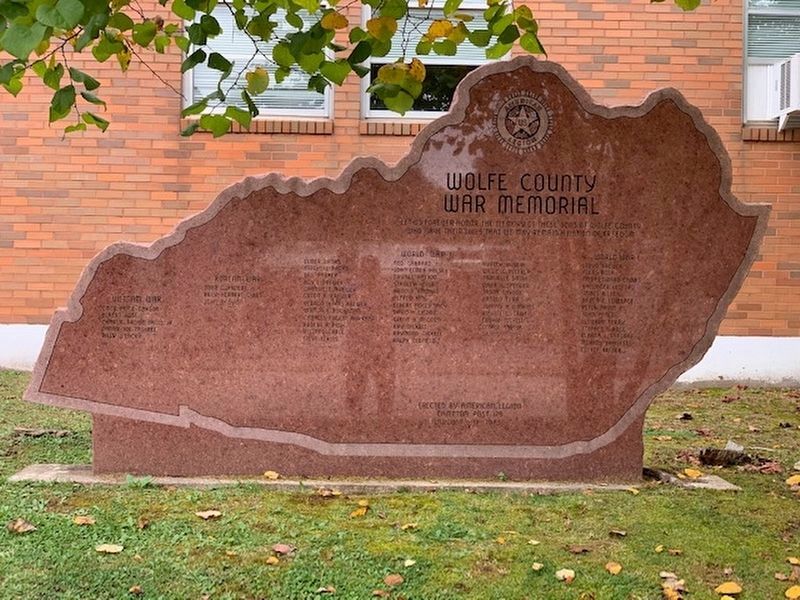 Location. 37° 44.104′ N, 83° 32.823′ W. Marker is in Campton, Kentucky, in Wolfe County. Memorial is on Court Street just west of Marrion Street, on the right when traveling west. The marker is located on the courthouse lawn near the southwest side of the entrance. Touch for map. Marker is at or near this postal address: 10 Court St, Campton KY 41301, United States of America. Touch for directions. 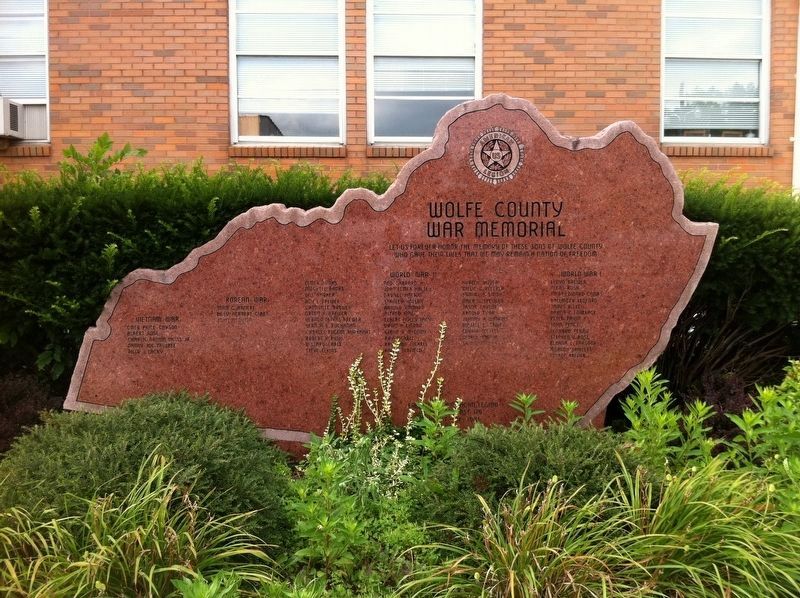 Regarding Wolfe County War Memorial. This marker is to honor the Wolfe Countians that gave their lives during the Vietnam, Korean, World War II and World War I 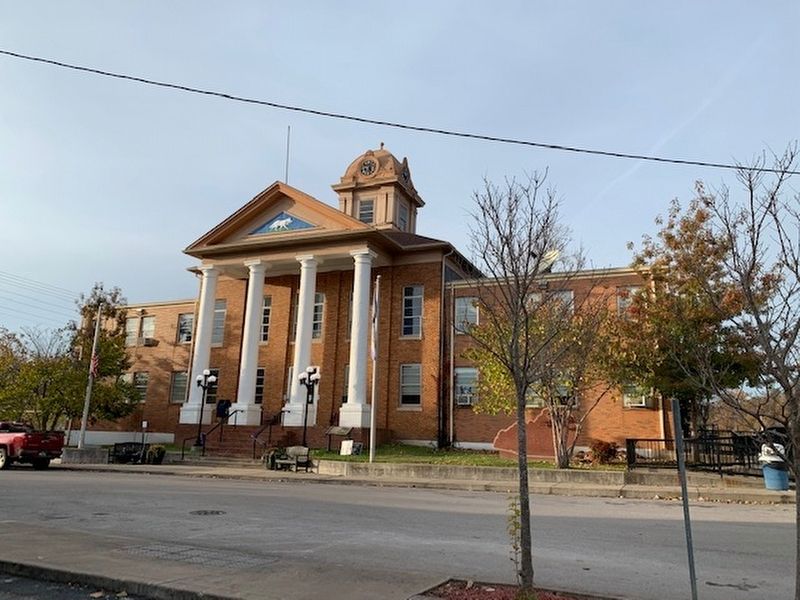