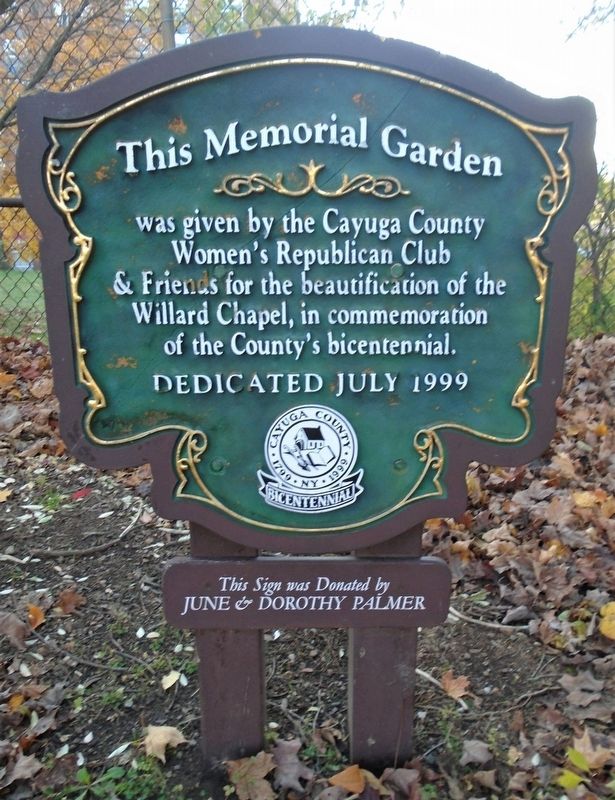 This Memorial Garden
was given by the Cayuga County
Women's Republican Club
& Friends for the beautification of the
Willard Chapel, in commemoration
of the County's bicentennial.
Dedicated July 1999

Topics. This historical marker is listed in these topic lists: Charity & Public Work • Horticulture & Forestry. A significant historical month for this entry is July 1999. 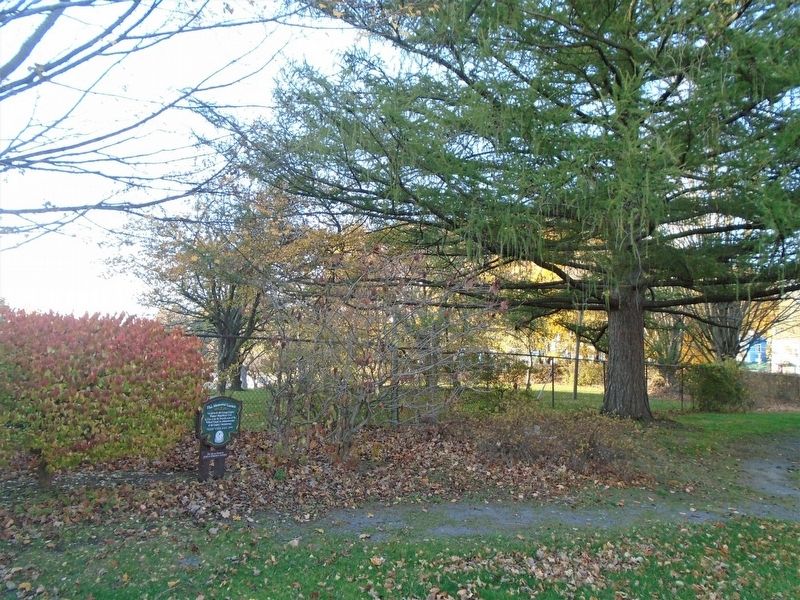