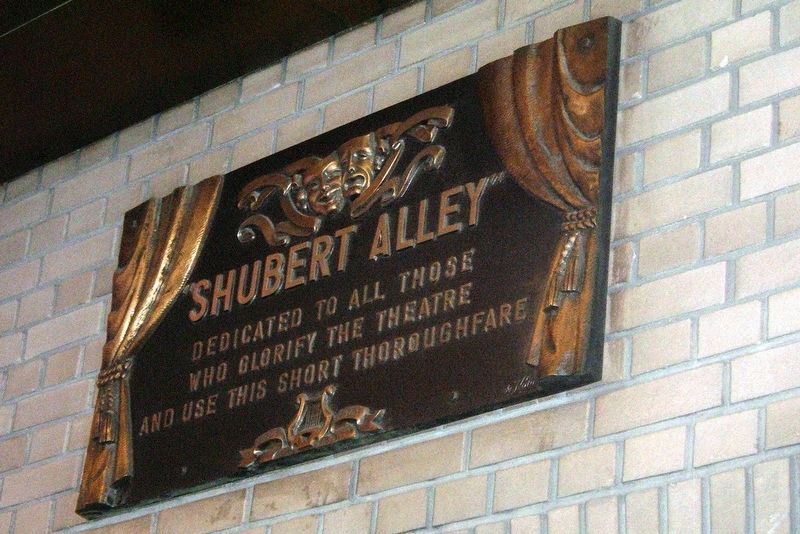 Photographed By Larry Gertner, June 23, 2017
1. Schubert Alley plaque
Inscription.
Schubert Alley. . , Dedicated to all those who glorify the theatre and use this short thoroughfare . This historical marker is in New York in New York County New York

Topics. This historical marker is listed in this topic list: Entertainment.

Regarding Schubert Alley. The Theater and alley are listed in the "AIA (American Institute of Architects) Guide to New York City, Fifth Edition". 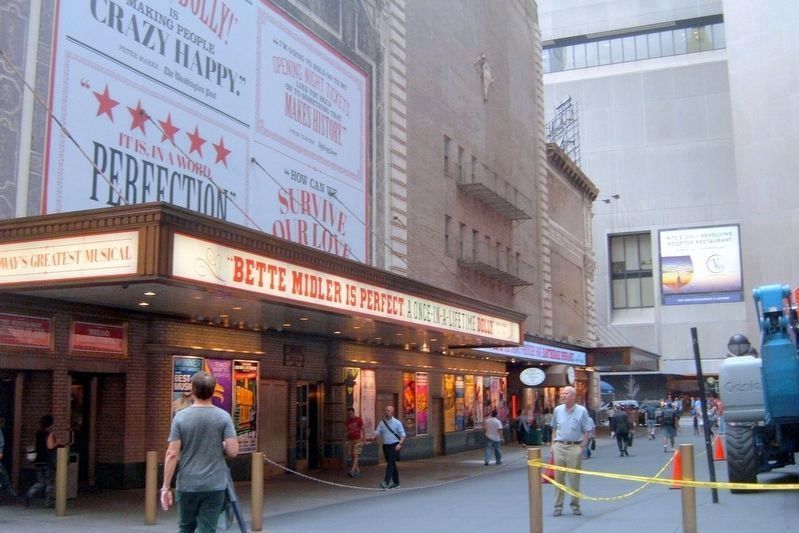 Photographed By Larry Gertner, June 23, 2017
2. Schubert Alley
West 44th Street side; the plaque is just visible over the right side door. 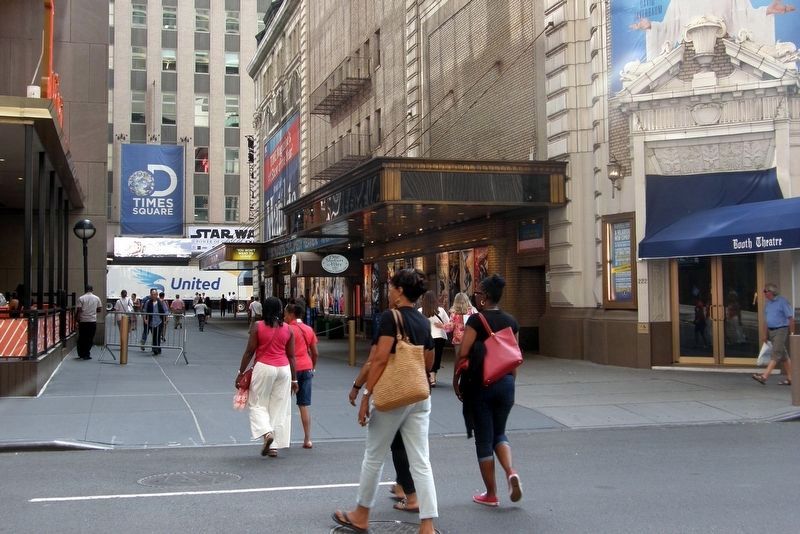 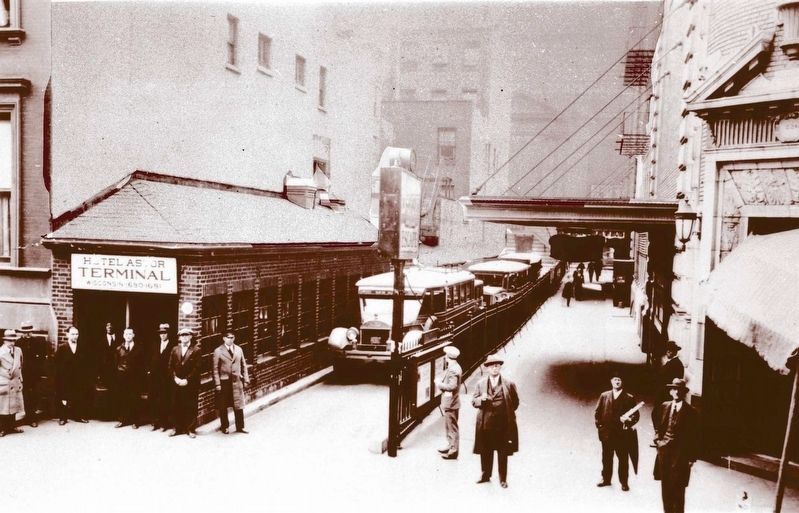 Photographed By New York Times Streetscapes, Unknown
4. Schubert Alley
West 45th Street side, 1920s?.
"Shubert Alley was created as the Shubert and Booth theaters were built in 1913. The eastern half of the alley was the property of the 1904 Hotel Astor, and was later used as a bus station. The fence was removed in 1949." 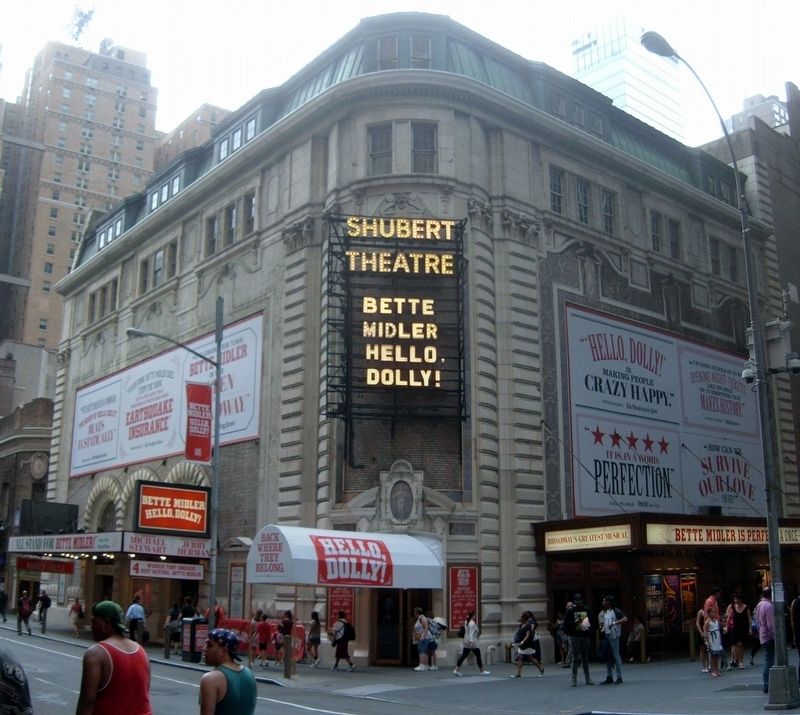