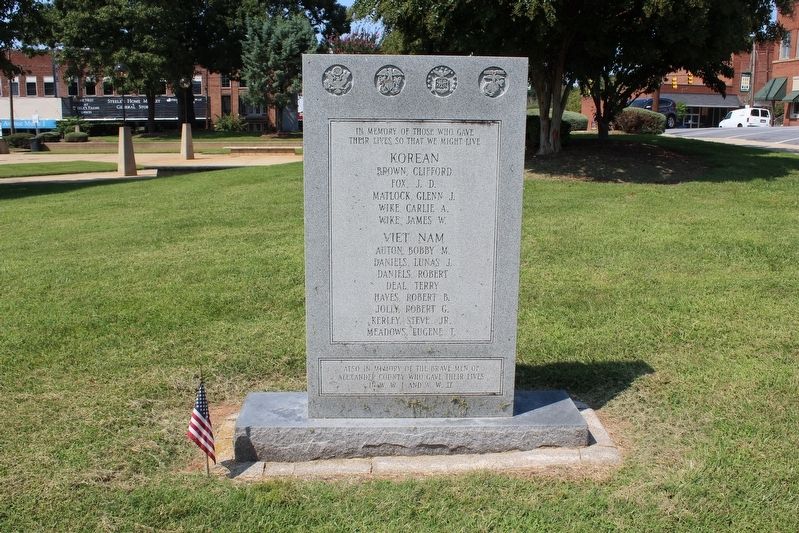 Also in memory of the brace men of Alexander County who gave their lives in W.W. I and W.W. II.

Location. 35° 55.335′ N, 81° 10.522′ W. Marker is in Taylorsville, North Carolina, in Alexander County. Memorial is at the intersection of North Center Street (County Highway 1605) and Main Avenue Drive, on the left when traveling north on North Center Street. Touch for map. Marker is in this post office area: Taylorsville NC 28681, United States of America. Touch for directions. 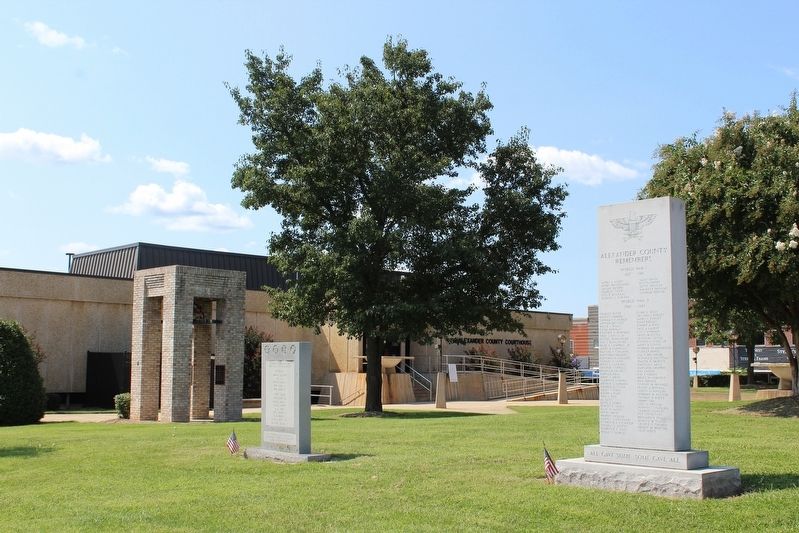