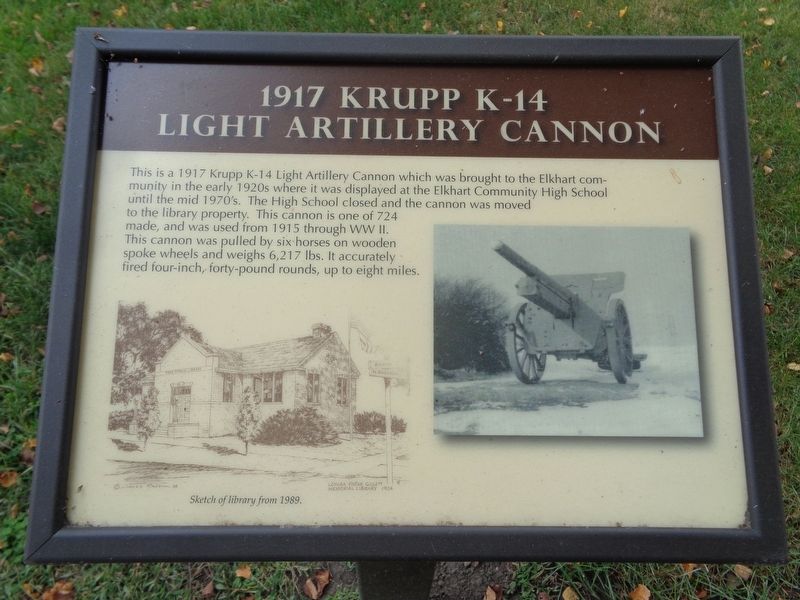 This is a 1917 Krupp K-14 Light Artillery Cannon which was brought to the Elkhart community in the early 1920s where it was displayed at the Elkhart Community High School until the mid 1970's. The High School closed and the cannon was moved to the library property. The cannon is one of 724 made, and was used from 1915 through WW II. This cannon was pulled by six horses on wooden spoke wheels and weights 6,217 lbs. It accurately fired four-inch, forty-pound rounds, up to eight miles.

Topics. This historical marker is listed in these topic lists: Education • War, World II. A significant historical year for this entry is 1917.

Other nearby markers. At least 8 other markers are within walking distance of this marker. Elkhart Public Library (a few steps from this marker); Route 66 in Elkhart (about 400 feet away, measured in a direct line); Veterans Memorial (about 500 feet away); Lincoln-Latham-Douglas at the Kentucky House 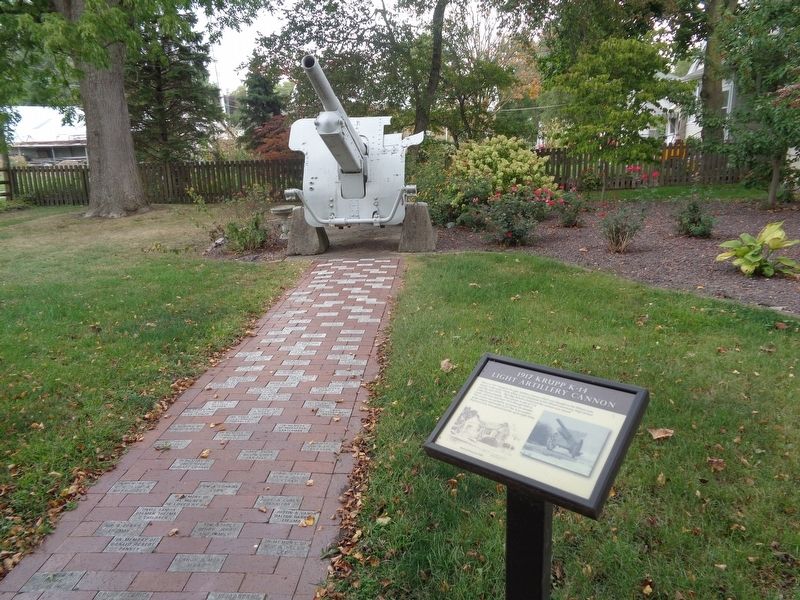