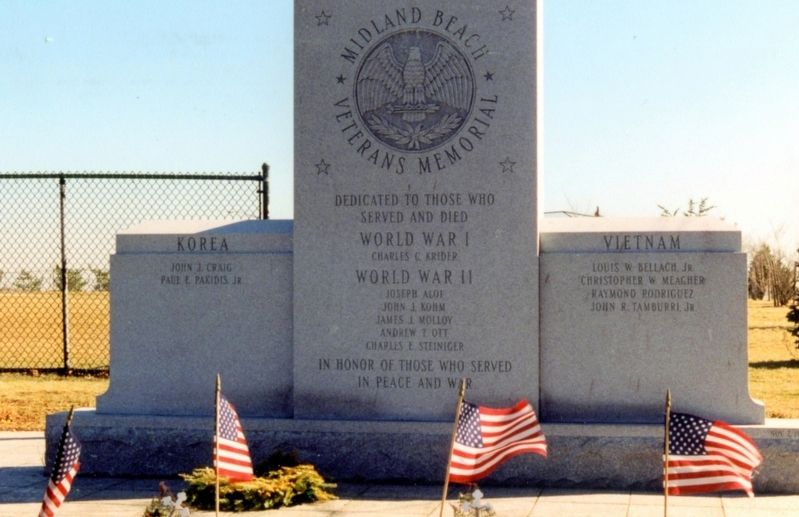 Dedicated to those who served and died

In honor of those who served in peace and war 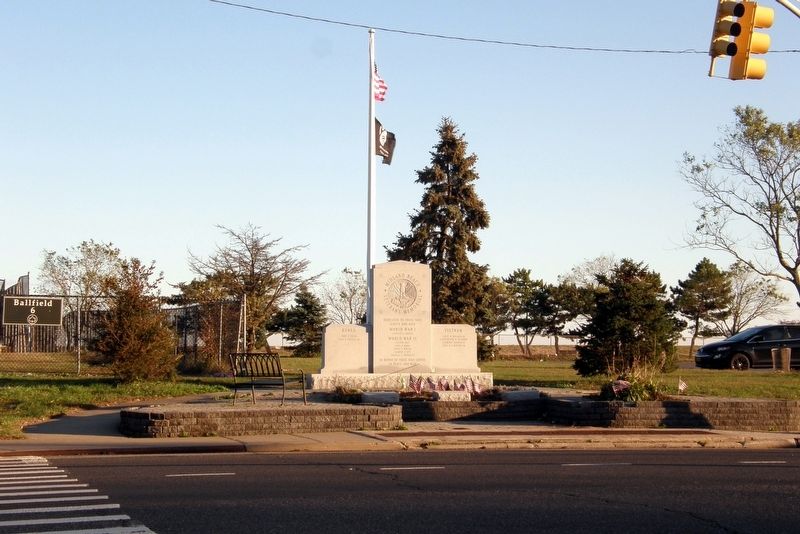 Regarding Midland Beach Veterans Memorial.
“The original Midland Beach Veterans Memorial, a 14-foot wooden monument, was dedicated in 1942, honoring the 117 Midland Beach residents then fighting during World War II. A hurricane knocked it over in 1944 and area residents soon replaced it with another one, including the names of an additional 210 soldiers who joined the fight against the Axis powers since the original monument was erected. That memorial was removed by the city in 1955 to make way for the widening of the road. In 1992, a new memorial was erected in its place.”
- Staten Island Advance 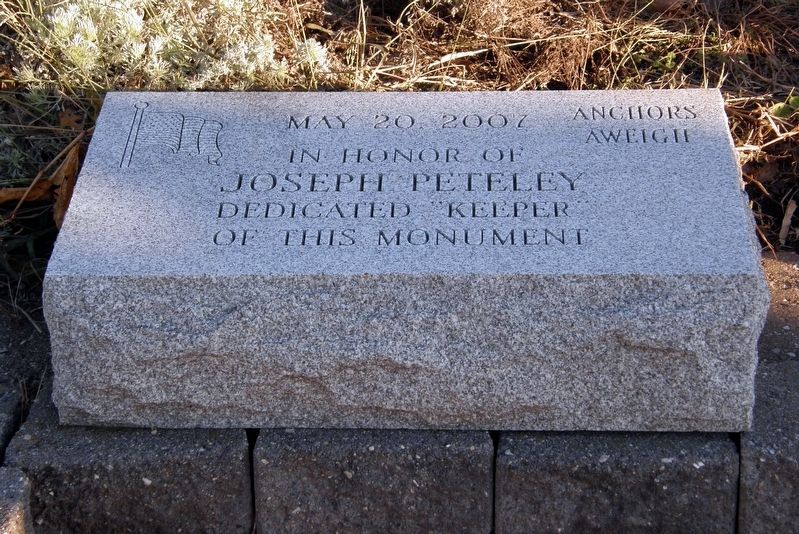 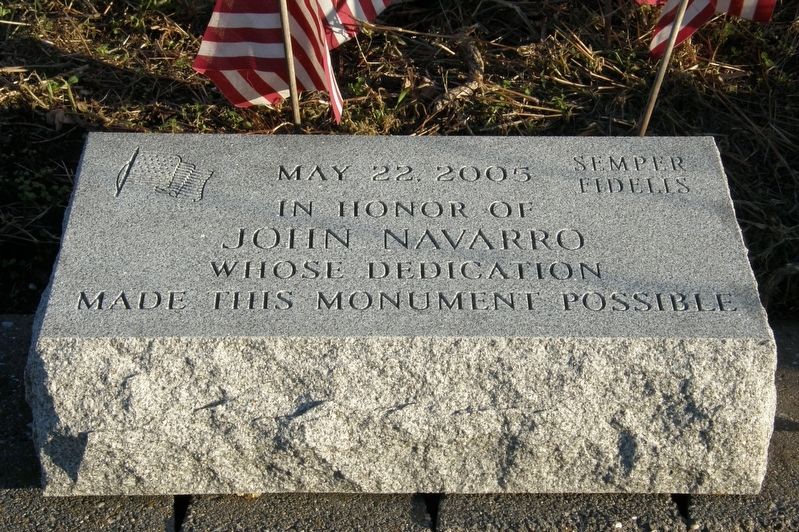 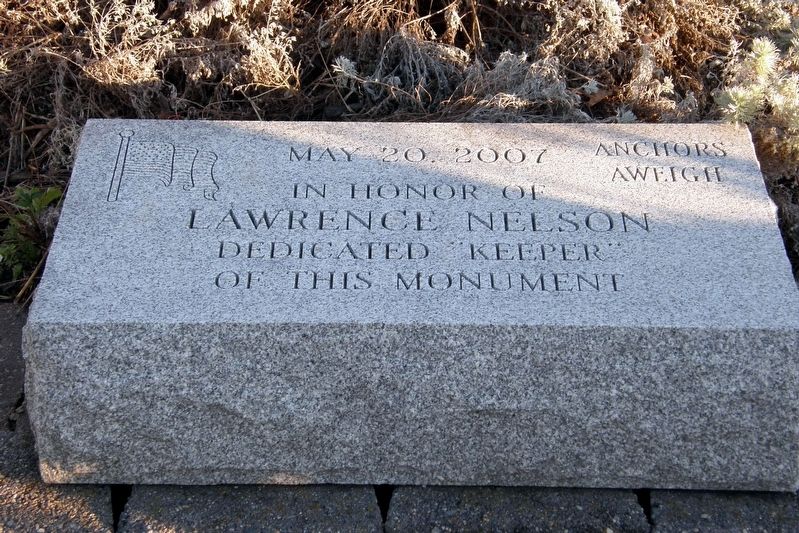 Editor’s want-list for this marker. Photos of the previous versions of the monument. • Can you help?
Share this page.