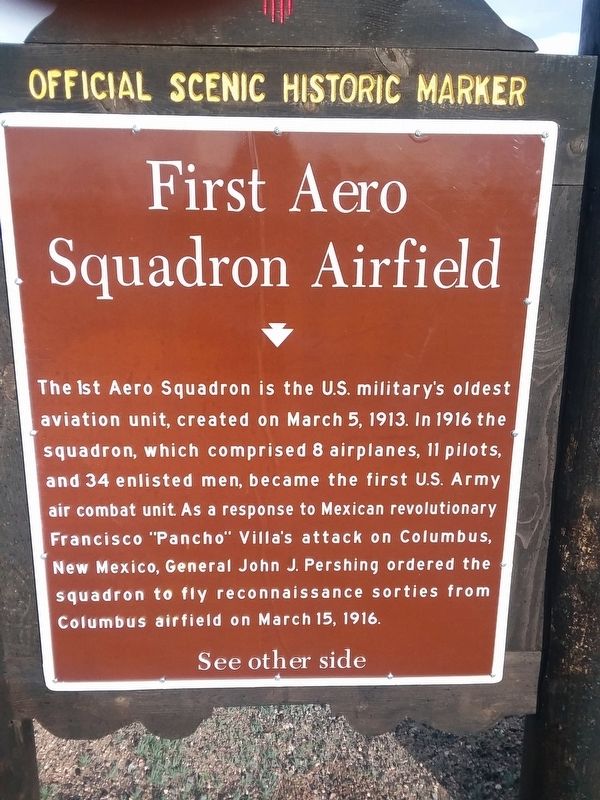 Continued
The squadron, flying Curtiss JN-3, known as Jennys, flew 540 sorties from March 1916 to January 1917. Jennys were used for aerial reconnaissance and photography and for delivering mail and official dispatch from airfields in Columbus and Casas Grandes, Mexico. Presently designated as the 1st Reconnaissance Squadron, the squadron is the oldest continuously active unit in the U.S. Air Force. Extant buildings dating from Villa's raid and Pershing's military response are located in nearby Pancho Villa State Park and the Village of Columbus and Camp Furlong National Historic Landmark district.

Topics. This historical marker is listed in this topic list: Air & Space 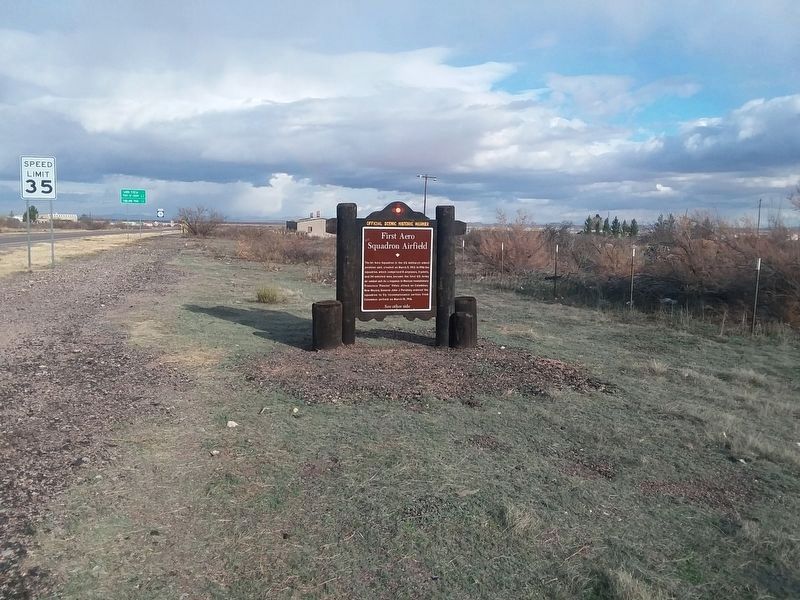 Click or scan to see
this page online
. A significant historical date for this entry is March 5, 1913.

Editor’s want-list for this marker. A closeup photo of the marker's reverse. • Can you help?
Share this page.