The Fraternity of Phi Gamma Delta 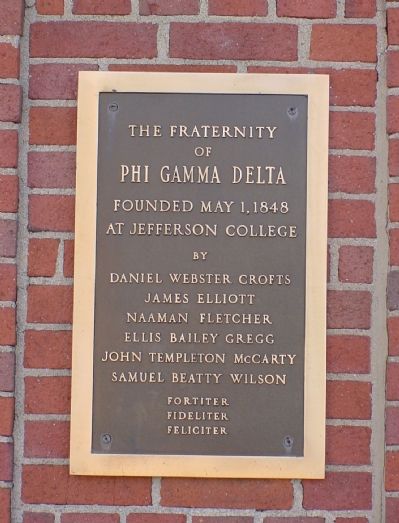 Erected 1949 by The Fraternity of Phi Gamma Delta.

Topics. This historical marker is listed in these topic lists: Education • Fraternal or Sororal Organizations. A significant historical date for this entry is May 1, 1864. 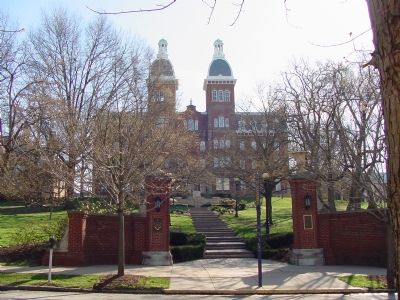 Photographed By J. J. Prats, April 11, 2006
2. Brass Tablet Marker in on Right Gatepost
Brass tablet with college crest is on the left post. Old Main building at the top of the steps.

More about this marker. According to "The Phi Gamma Delta" magazine of January, 1950, "On October 29, 1949, the Founders Memorial Gateway, authorized by the 100th Ekklesia [convention] as the fraternity's centennial gift to its cradling college, was dedicated . . . ." 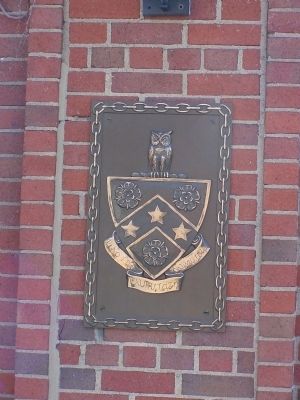