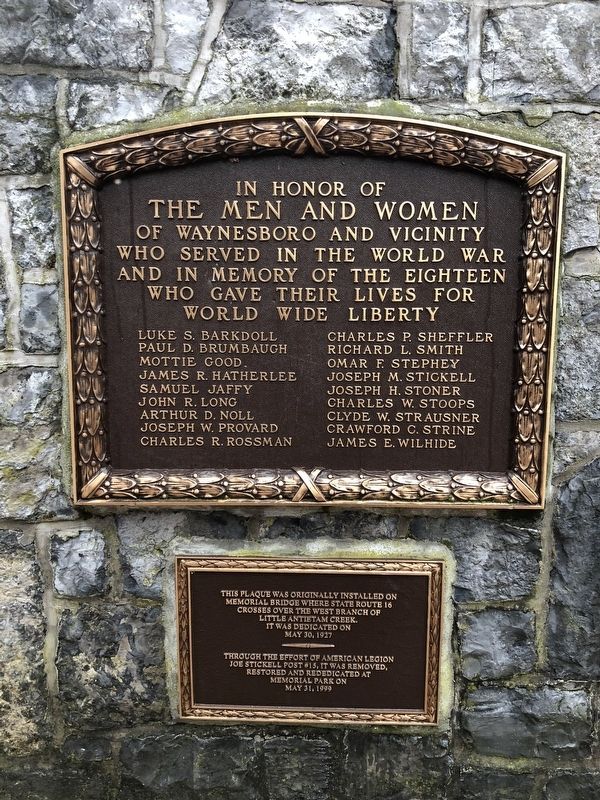 This plaque was originally installed on Memorial Bridge where State Route 16 crosses over the West Branch of Little Antietam Creek. It was dedicated on May 30, 1927

Through the effort of American Legion Joe Stickell Post #15, it was removed, restored and rededicated at Memorial Park on May 31, 1999

Topics. This memorial is listed in these topic lists: Bridges & Viaducts • War, World I. A significant historical date for this entry is May 30, 1927. 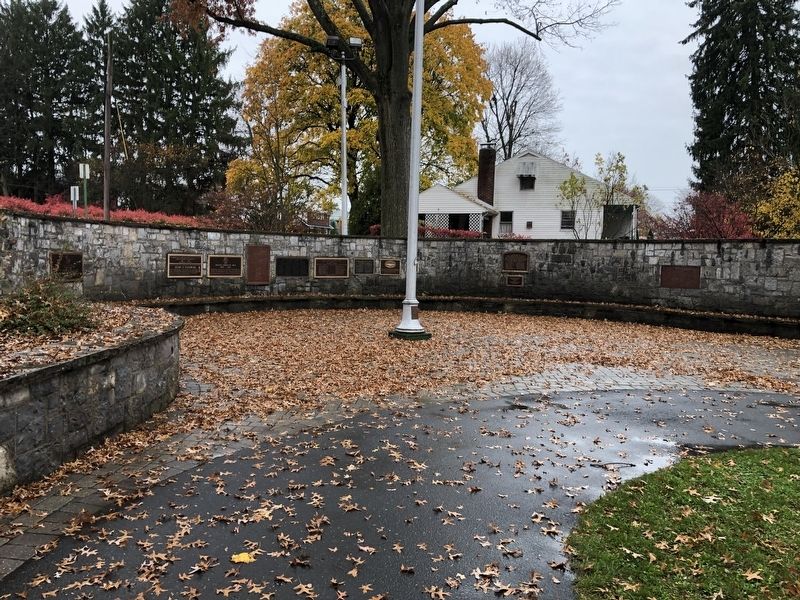 Click or scan to see
this page online
can be reached from Memorial Park Drive just north of East 5th Street, on the right when traveling south. Touch for map. Marker is at or near this postal address: 330 Memorial Park Dr, Waynesboro PA 17268, United States of America. Touch for directions.