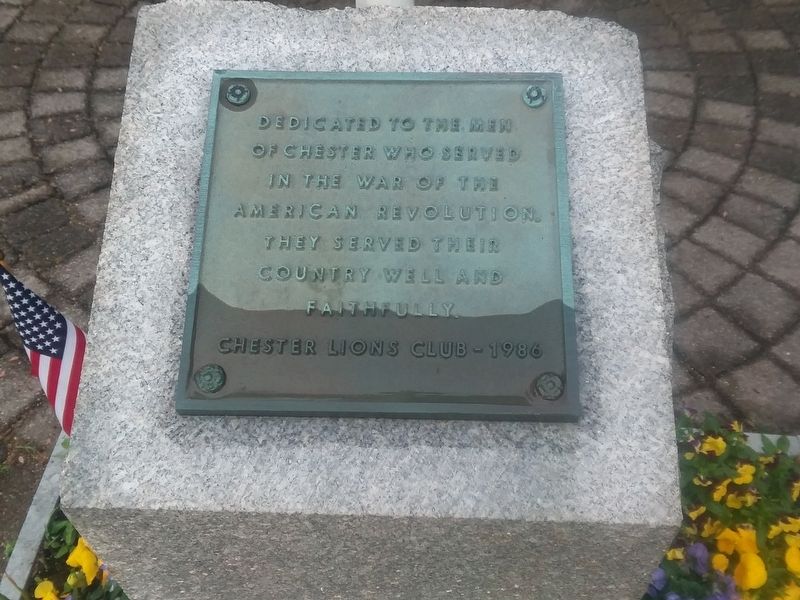 Dedicated to the men of Chester who served in the war of the American Revolution. They served their country well and faithfully. 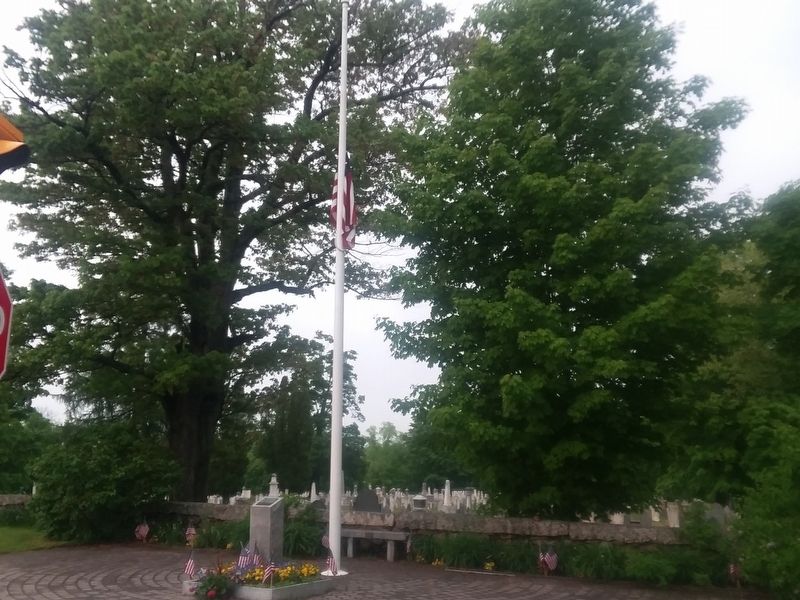 Click or scan to see
this page online
(about 300 feet away); Early American Clocks (about 300 feet away); Chester Village Cemetery (about 400 feet away). Touch for a list and map of all markers in Chester.
Credits. This page was last revised on November 18, 2020. It was originally submitted on November 12, 2020, by TeamOHE of Napoleon, Ohio. This page has been viewed 41 times since then and 5 times this year. Photos:   1, 2. submitted on November 12, 2020, by TeamOHE of Napoleon, Ohio. • Michael Herrick was the editor who published this page.
Share this page.