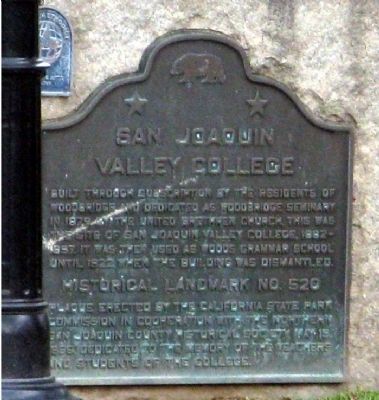 Built through subscription by the residents of Woodbridge and dedicated as Woodbridge Seminary in 1879 by the United Brethren Church, this was the site of San Joaquin Valley College from 1882 to 1897. It was then used as Woods Grammar School until 1922, when the building was dismantled. Dedicated to the memory of the teachers and students of the college.

Erected 1954 by The California State Park Commission in cooperation with the Northern San Joaquin County Historical Society, May 15, 1968. (Marker Number 520.)

Topics and series. This historical marker is listed in these topic lists: Churches & Religion • Education • Landmarks • Notable Places • Settlements & Settlers. In addition, it is included in the California Historical Landmarks series list. A significant historical year for this entry is 1879.

Location. 38° 9.007′ N, 121° 18.273′ W. Marker is in Woodbridge, California, in San Joaquin County. Marker is located on the grounds of Woodbridge Grammar School. Touch for map. Marker is at or near this postal address: 18500 North Lilac Street, Woodbridge CA 95258, United States of America. Touch for directions. 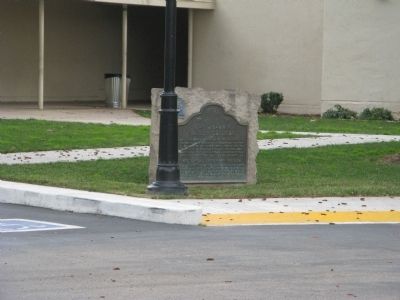 Regarding San Joaquin Valley College. This site was designated at California Registered Historical Landmark No.520 on July 13, 1954.

Additional commentary.
1. Woodbridge Seminary and San Joaquin Valley College
The Church of the United Bretheren in Christ established its California headquarters at Woodbridge, near Lodi (1878), and shortly thereafter opened a preparatory school, Woodbridge Seminary (1879). This institution subsequently became a four year college (1883) graduating its first class in 1885. As such it was the first institution of higher learning in the San Joaquin Valley. Before San Joaquin Valley College closed its doors (1897) due to competition from better financed institutions in the Bay Area, it had graduated some fifty students, the most notable of which was probably Congressman, later U.S. Tax Collector 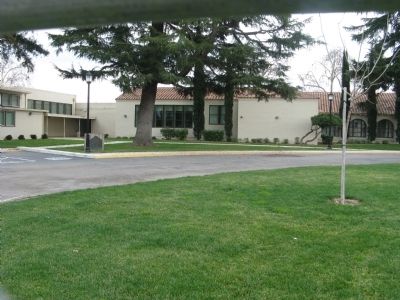 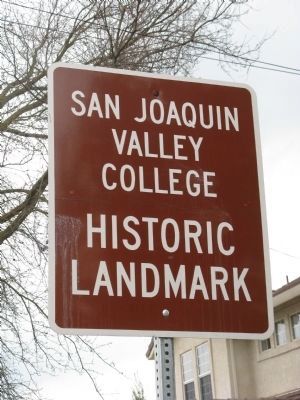