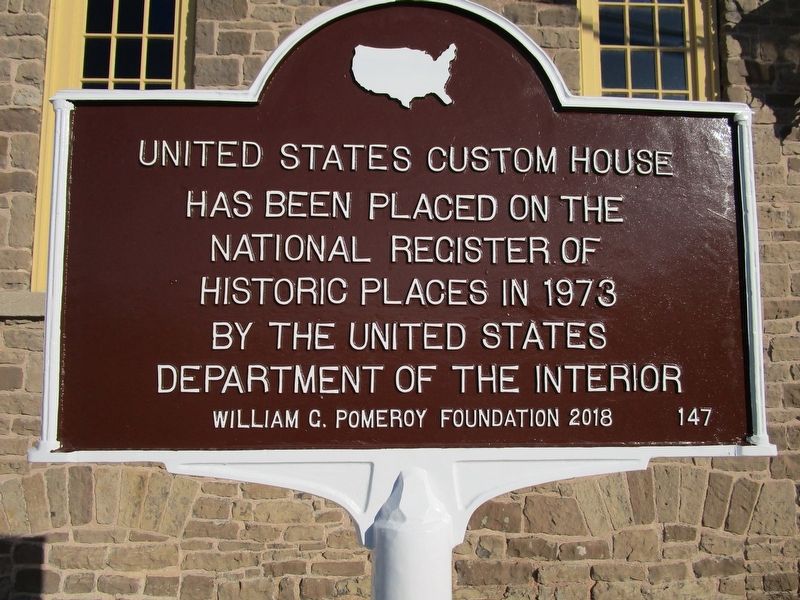 Topics and series. This historical marker is listed in this topic list: Notable Buildings. In addition, it is included in the William G. Pomeroy Foundation series list. A significant historical year for this entry is 1963. 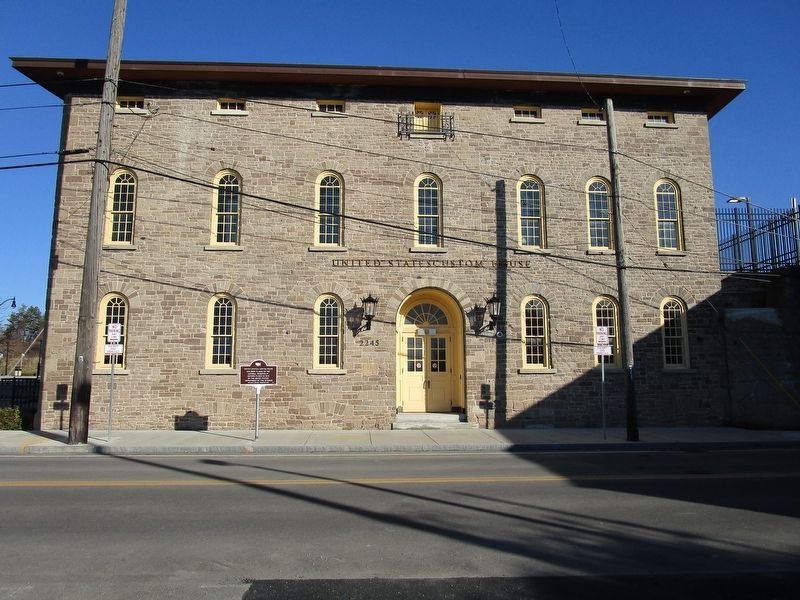 More about this marker. The installation of the 2018 marker was delayed to 2020 due to the rebuilding of Whirlpool Street.

Regarding United States Custom House. The Custom House was built in 1863, serving several bridges spanning the Niagara gorge here. The Niagara River is the international border. The 1855 Niagara Falls Suspension Bridge was succeeded by the Whirlpool Rapids bridge in 1897 in the exact same place. This area was originally known as Suspension Bridge until integrated into the City of Niagara Falls. Two other bridges immediately south were railroad bridges only. The cantilever bridge is gone. The Michigan Central arch bridge stands, but the approaches are removed. The US Customs Service vacated the Custom House in the 1960s. After being derelict for decades, the city revived it and attached a new train station to it. Now the first floor is an underground railroad museum and the second floor is occupied by Customs and Border Protection for inspecting Amtrak trains. 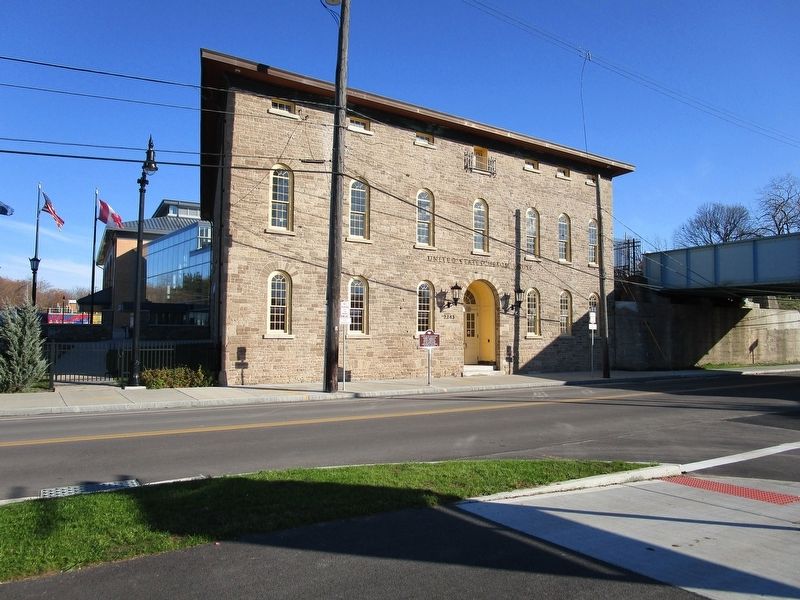 By Anton Schwarzmueller, November 12, 2020
3. United States Custom House
The new train station, attached to the Custom House, is at left. The railroad overpass leads to the upper deck of the Whirlpool Rapids Bridge, off picture the right. The lower deck of the Whirlpool Rapids Bridge is for cars (Nexus members only) and is the terminus of NY route 182.
Niagara Falls Suspension Bridge Roebling 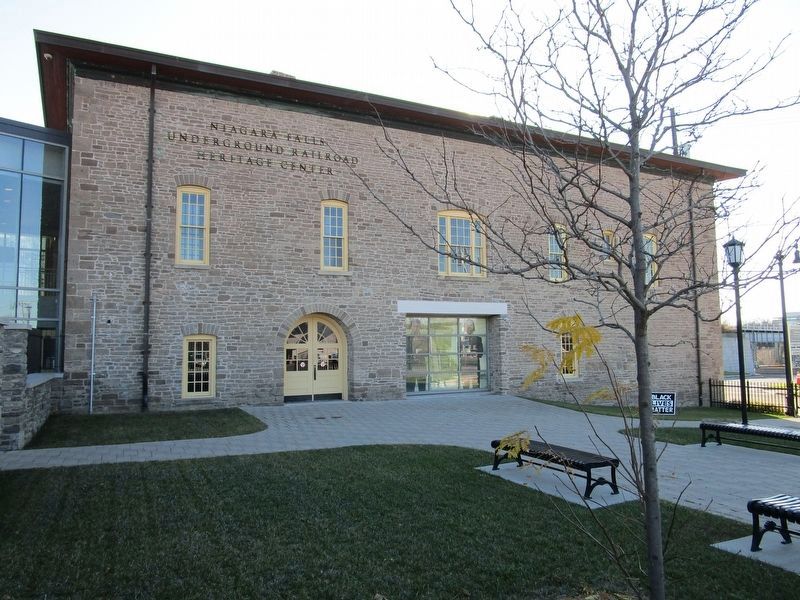 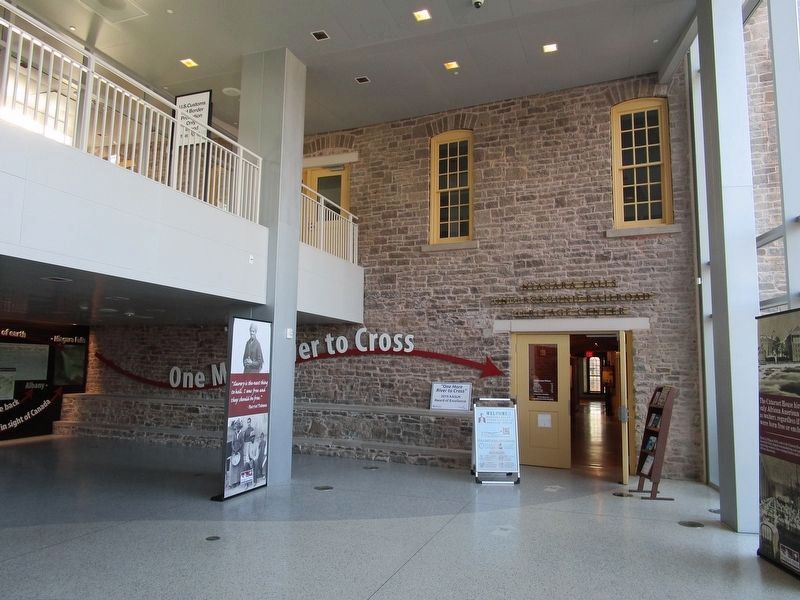 By Anton Schwarzmueller, November 20, 2020
5. United States Custom House
The east side is mostly enclosed by the train station. The open yellow door is the entrance to the Niagara Falls Underground Railroad Heritage Center. The closed yellow door on the second floor is the exit for international travelers after inspection by US Customs and Border Protection. 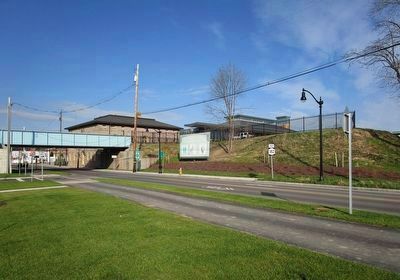