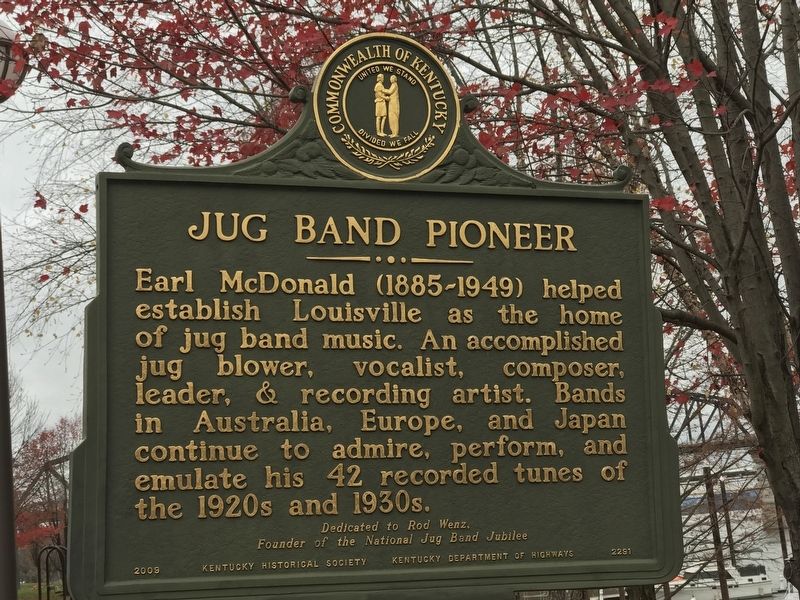 By Duane and Tracy Marsteller, November 26, 2020
1. Jug Band Pioneer Marker
Inscription.
Jug Band Pioneer. . Earl McDonald (1885-1949) helped establish Louisville as the home of jug band music. An accomplished jug blower, vocalist, composer, leader, & recording artist. Bands in Australia, Europe, and Japan continue to admire, perform, and emulate his 42 recorded tunes of the 1920s and 1930s. .
Dedicated to Rod Wenz, . Founder of the National Jug Band Jubilee.
. This historical marker was erected in 2009 by Kentucky Historical Society and Kentucky Department of Highways. It is in Louisville in Jefferson County Kentucky

Topics and series. This historical marker is listed in these topic lists: African Americans • Arts, Letters, Music • Entertainment. In addition, it is included in the Kentucky Historical Society series list.

Location. 38° 15.824′ N, 85° 43.995′ W. Marker is in Louisville, Kentucky, in Jefferson County. Marker can be reached from River Road. Marker is on RiverWalk near the Brown-Forman Amphitheater. It is accessible from the Turquoise parking lot. Touch for map. Marker is at or near this postal address: 1301 River Road, Louisville KY 40202, United States of America. Touch for directions. 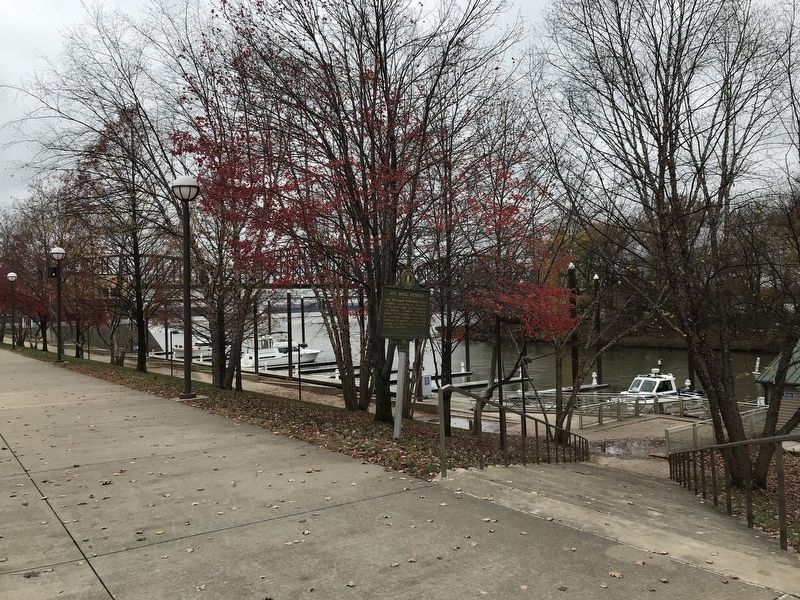 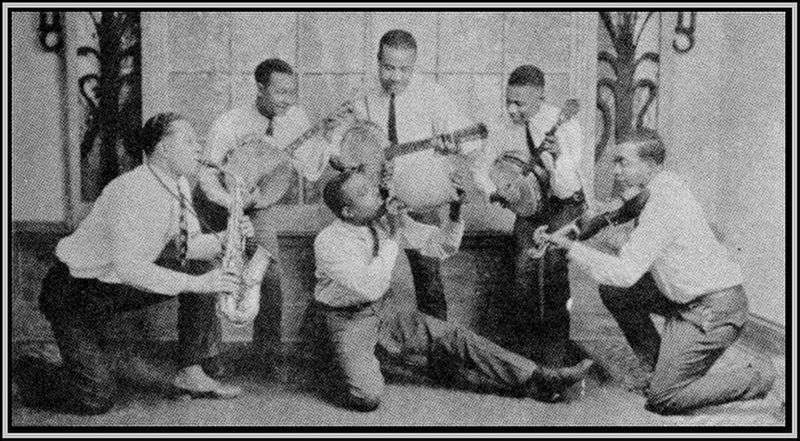 By Public domain, circa 1926
3. The Dixieland Jug Blowers
This is considered the most influential band that Earl McDonald (with jug) was involved in. It was created in 1926 when Victor Records combined two bands, led by McDonald and fiddler Clifford Hayes, for a recording session in Chicago. The ensemble fused traditional jug band music (using jugs, banjos, guitars and fiddles) with jazz elements (alto saxophone, clarinet, piano and trombone).
Credits. This page was last revised on November 29, 2020. It was originally submitted on November 29, 2020, by Duane Marsteller of Murfreesboro, Tennessee. This page has been viewed 46 times since then and 7 times this year. Photos:   1, 2, 3. submitted on November 29, 2020, by Duane Marsteller of Murfreesboro, Tennessee.
Share This Page.