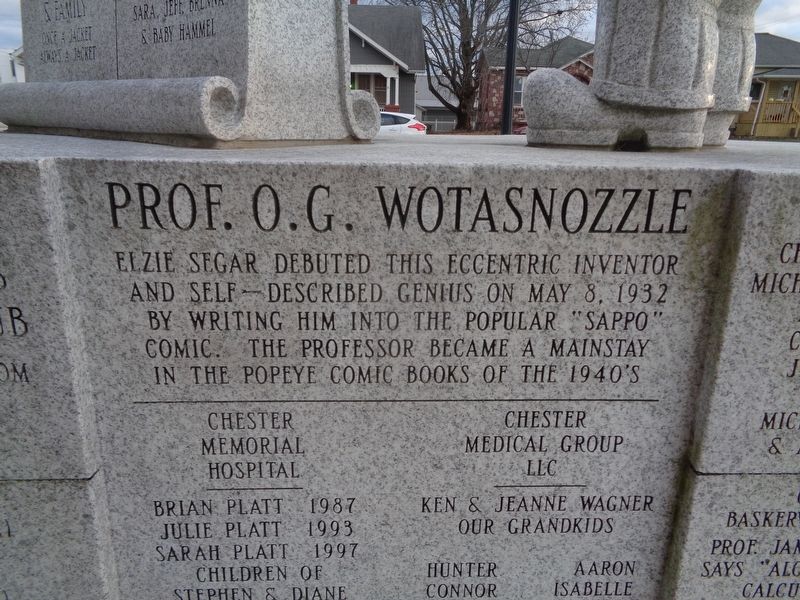 By Jason Voigt, November 30, 2020
1. Prof. O.G. Wotasnozzle Marker
Inscription.
Prof. O.G. Wotasnozzle. . Elzie Segar debuted this eccentric inventor and self-described genius on May 8, 1932 by writing him into the popular "Sappo" comic. The professor became a mainstay in the Popeye comic books of the 1940's . This historical marker was erected in 2014 by City of Chester. It is in Chester in Randolph County Illinois

Elzie Segar debuted this eccentric inventor and self-described genius on May 8, 1932 by writing him into the popular "Sappo" comic. The professor became a mainstay in the Popeye comic books of the 1940's

Location. 37° 55.161′ N, 89° 48.81′ W. Marker is in Chester, Illinois, in Randolph County. Marker is on Stanwick Street east of Roberts Street, on the right when traveling west. Marker and statue is in front of Chester High School. Touch for map. Marker is at or near this postal address: 1901 Stanwick Street, Chester IL 62233, United States of America. Touch for directions. 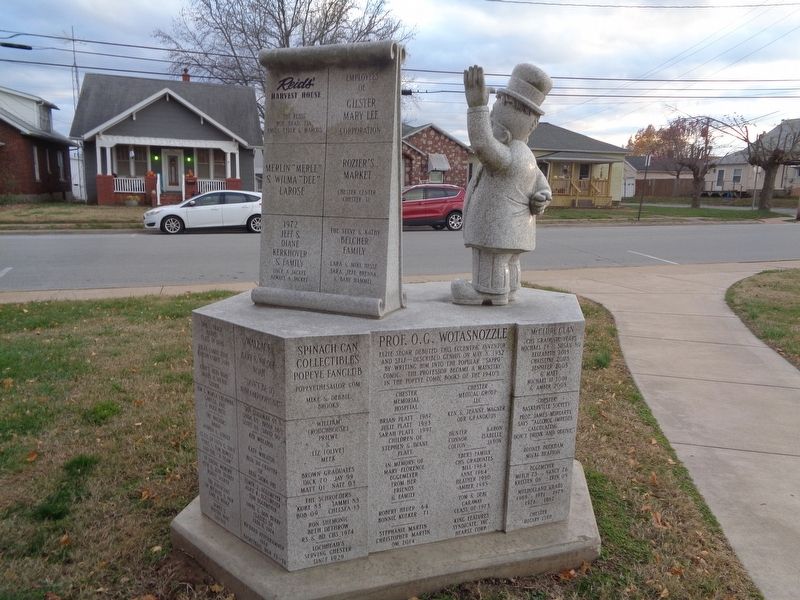 Regarding Prof. O.G. Wotasnozzle. The City of Chester has celebrated one of its most famous residents, E.C. Segar (creator of Popeye comic strip), for many years. In 1977, a park by the Mississippi River was dedicated and named after Segar. That same year, a statue of Popeye was placed there. Every year since 2006 (as of 2020), there have been Popeye character statues erected around town at various places. All of those typically have the donors' names on the base, as well as the city leaders of that year. Most of the statues have historical text on them.

Also see . . .  Popeye and Friends Character Trail. Official website for the program that pays tribute to all Popeye characters since 2006. (Submitted on December 3, 2020, by Jason Voigt of Glen Carbon, Illinois.) 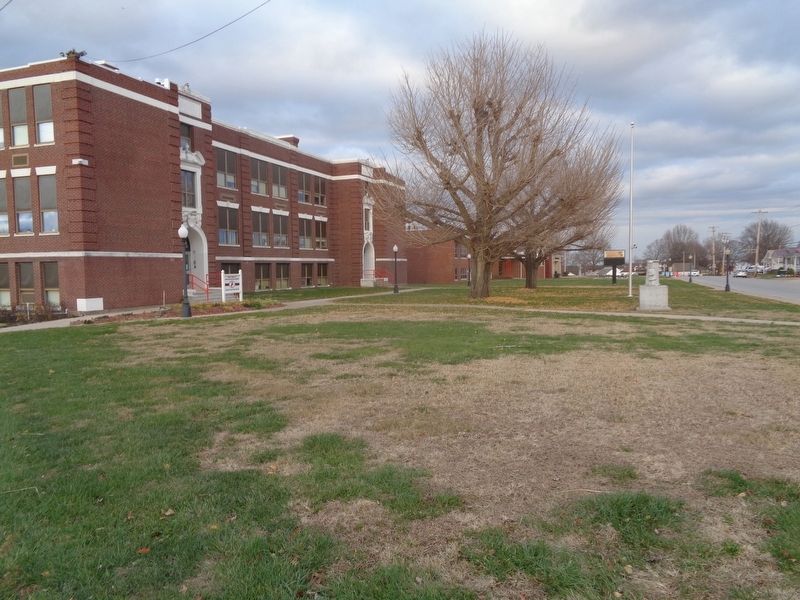 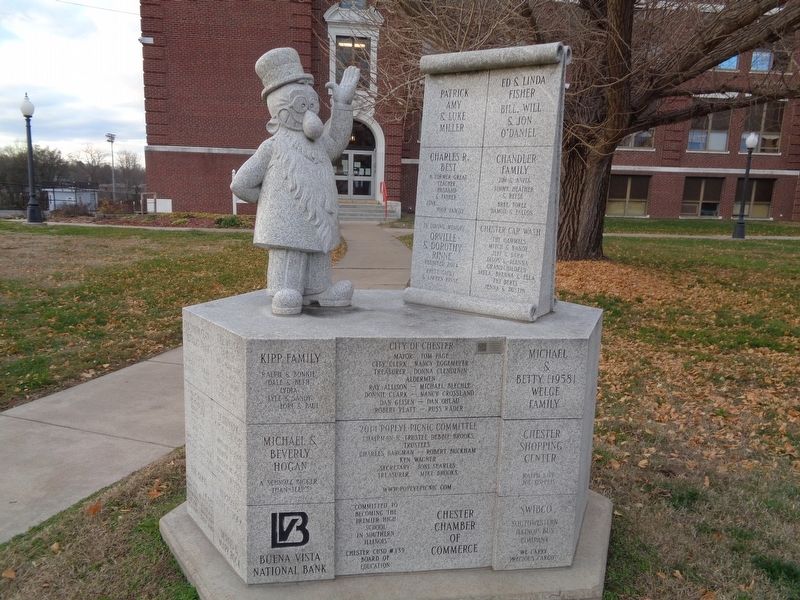