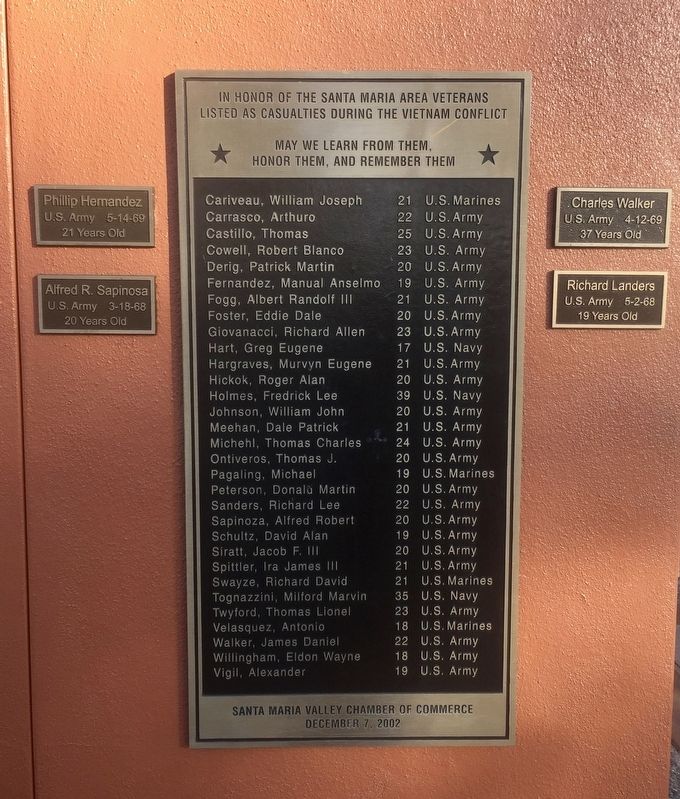 May we learn from them, honor them, and remember them

Richard Landers · U.S. Army 5-2-68 · 19 Years Old . . This memorial was erected in 2002 by Santa Maria Valley Chamber of Commerce. It is in Santa Maria in Santa Barbara County California

May we learn from them, honor them, and remember them 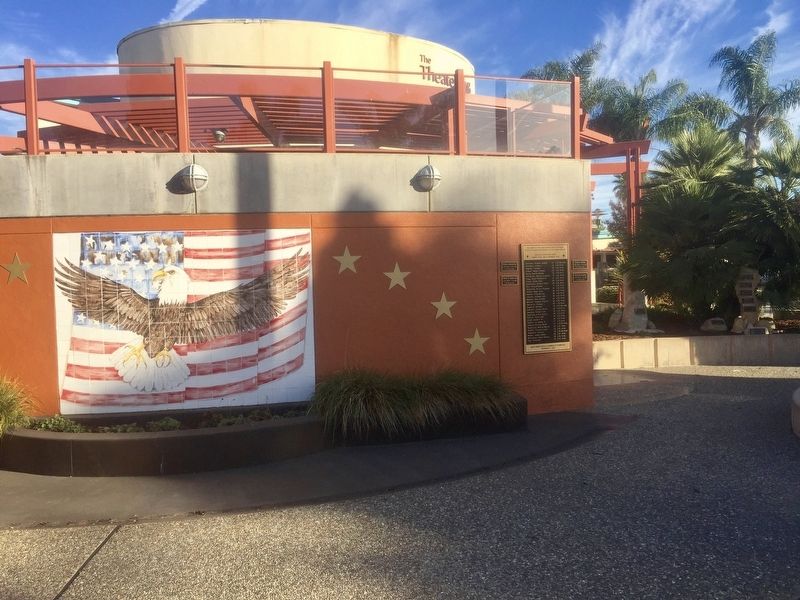