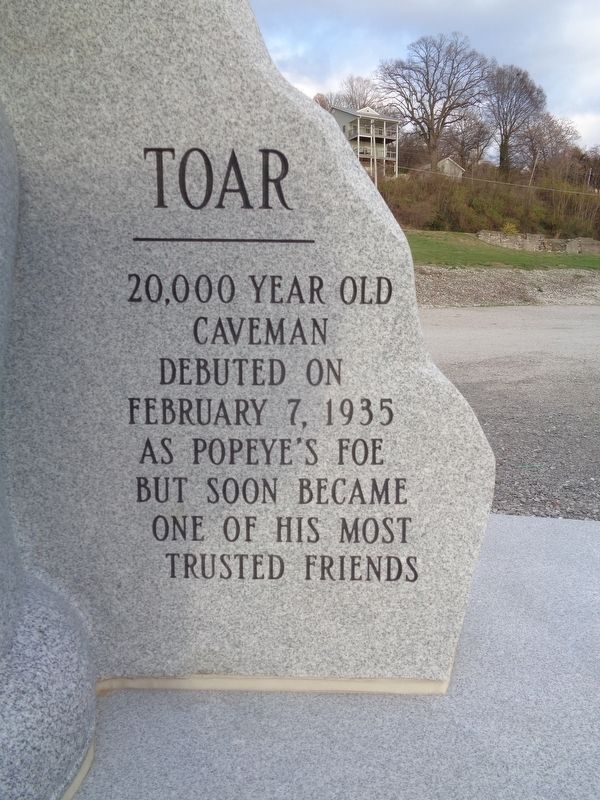 Photographed By Jason Voigt, November 30, 2020
1. Toar Marker
Inscription.
Toar. . 20,000 year old caveman debuted on February 7, 1935 as Popeye's foe but soon became one of his most trusted friends . This historical marker was erected in 2020 by City of Chester. It is in Chester in Randolph County Illinois

20,000 year old caveman debuted on February 7, 1935 as Popeye's foe but soon became one of his most trusted friends

Topics. This historical marker is listed in these topic lists: Arts, Letters, Music • Entertainment. A significant historical date for this entry is February 7, 1935.

Location. 37° 54.058′ N, 89° 49.768′ W. Marker is in Chester, Illinois, in Randolph County. Marker is at the intersection of Wall Street and East Kaskaskia Street, on the left when traveling south on Wall Street. Marker is outside St. Nicholas Landmark. Touch for map. Marker is at or near this postal address: 223 Wall St, Chester IL 62233, United States of America. Touch for directions. 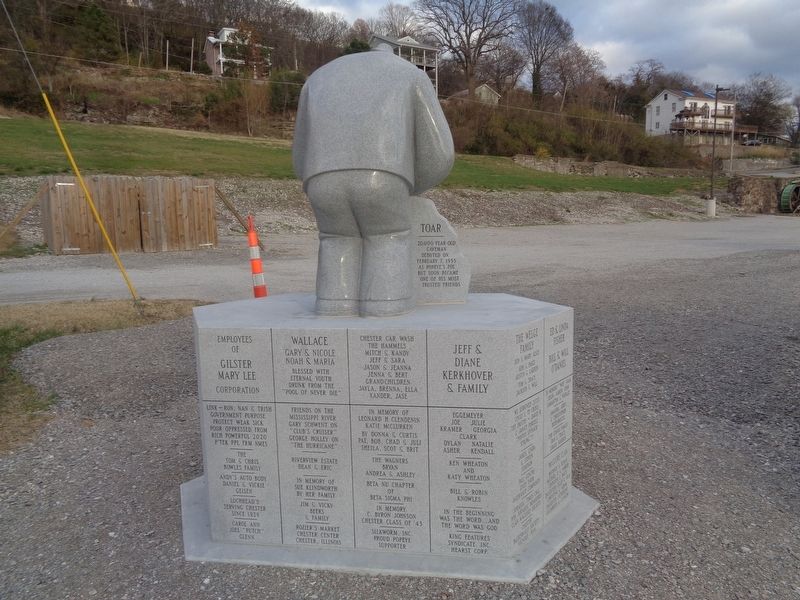 Photographed By Jason Voigt, November 30, 2020
2. Toar Marker
Back of the statue, with historical part on the base

Click or scan to see
this page online
Weistar House (approx. ¼ mile away); Flood of 1993 (approx. 0.4 miles away). Touch for a list and map of all markers in Chester.

Also see . . .
1. Popeye and Friends Character Trail. The City of Chester has celebrated one of its most famous residents, E.C. Segar (creator of Popeye comic strip), for many years. In 1977, a park by the Mississippi River was dedicated and named after Segar. That same year, a statue of Popeye was placed there. Every year since 2006 (as of 2020), there have been Popeye character statues erected around town at various places. All of those typically have the donors' names on the base, as well as the city leaders of that year. Most of the statues have historical text on them. (Submitted on December 5, 2020, by Jason Voigt of Glen Carbon, Illinois.)

2. Toar, newest member of Popeye Trail, arrives at St. Nicholas Landmark. Published by the Randolph County Herald Tribune on November 4, 2020. Statue was placed at its permanent location on October 28, 2020. (Submitted on December 5, 2020, by Jason Voigt of Glen Carbon, Illinois.) 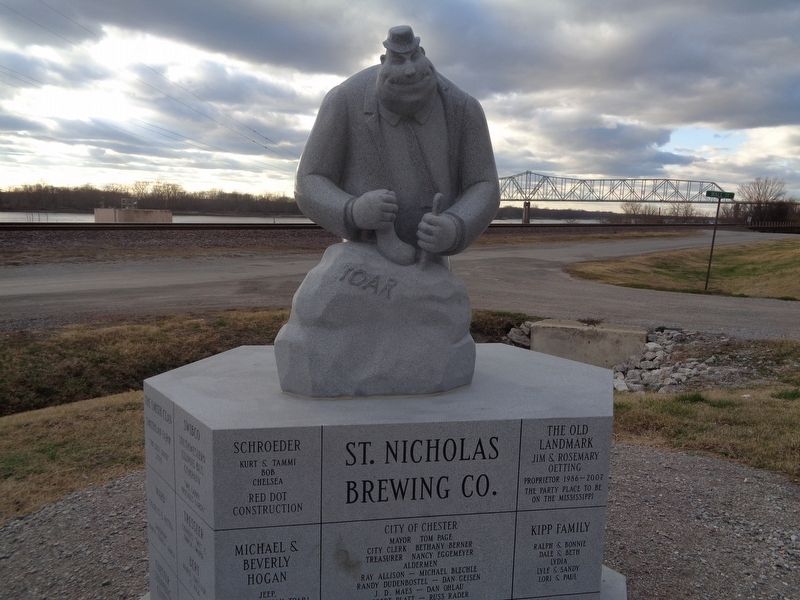