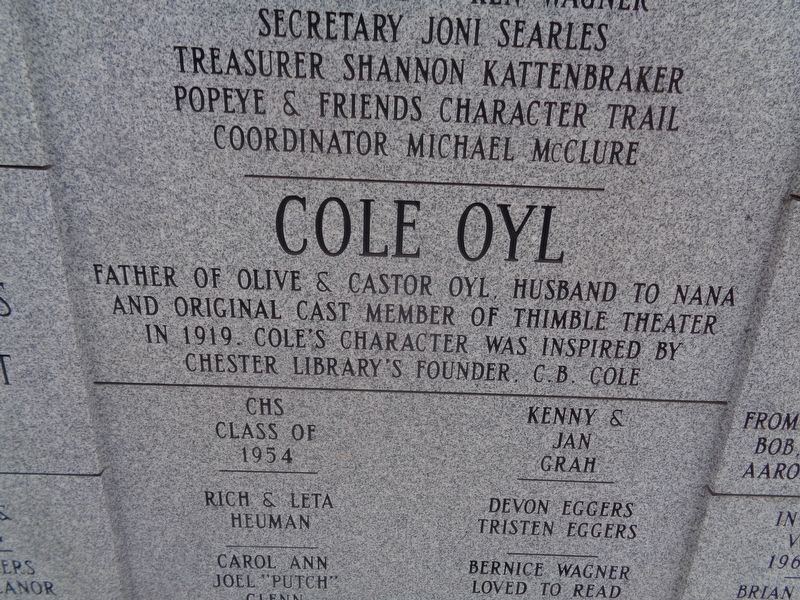 By Jason Voigt, November 30, 2020
1. Cole Oyl Marker
Inscription.
Cole Oyl. . Father of Olive & Castor Oyl, husband to Nana and original cast member of Thimble Theater in 1919. Cole's character was inspired by Chester Library's founder, C.B. Cole . This historical marker was erected in 2011 by City of Chester. It is in Chester in Randolph County Illinois

Location. 37° 54.377′ N, 89° 49.589′ W. Marker is in Chester, Illinois, in Randolph County. Marker is on State Street (Illinois Route 150) north of Mullins Road, on the right when traveling south. Marker and statue are located in front of Chester Public Library. Touch for map. Marker is at or near this postal address: 733 State St, Chester IL 62233, United States of America. Touch for directions. 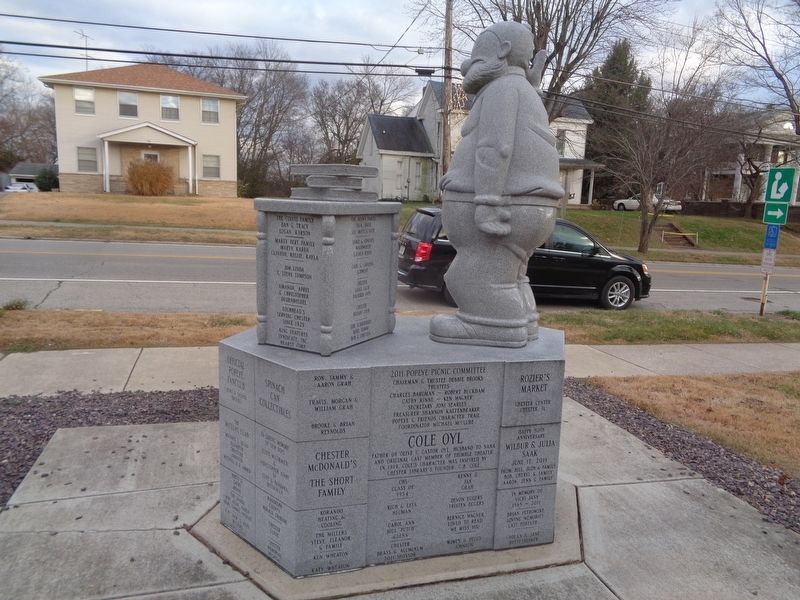 Also see . . .  Popeye and Friends Character Trail. The City of Chester has celebrated one of its most famous residents, E.C. Segar (creator of Popeye comic strip), for many years. In 1977, a park by the Mississippi River was dedicated and named after Segar. That same year, a statue of Popeye was placed there. Every year since 2006 (as of 2020), there have been Popeye character statues erected around town at various places. All of those typically have the donors' names on the base, as well as the city leaders of that year. Most of the statues have historical text on them. (Submitted on December 5, 2020, by Jason Voigt of Glen Carbon, Illinois.) 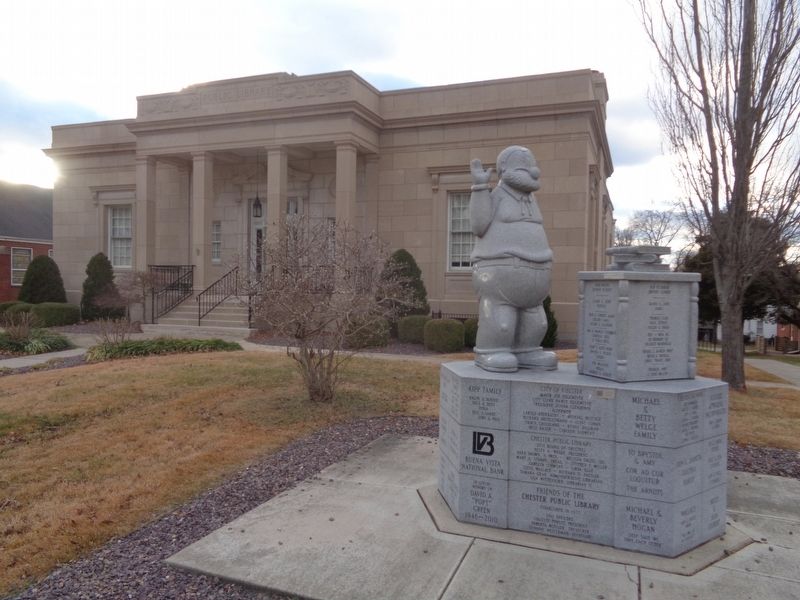