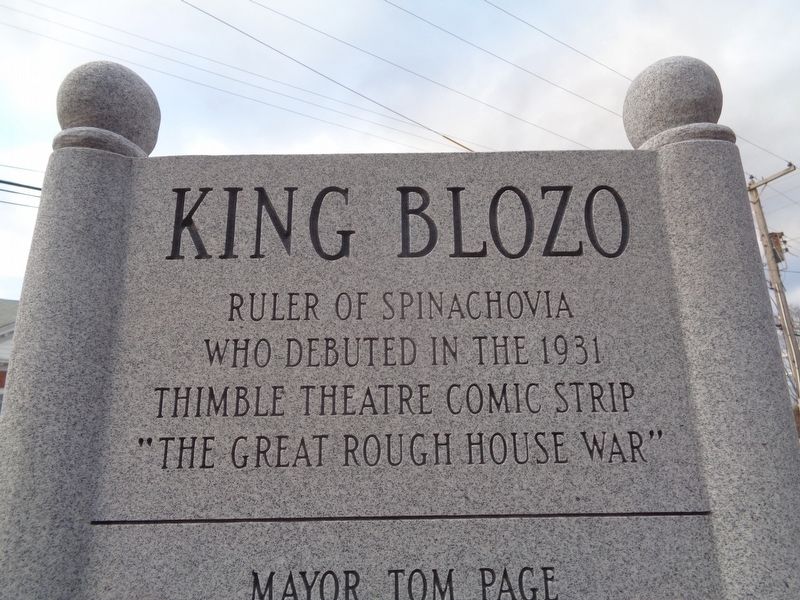 By Jason Voigt, November 30, 2020
1. King Blozo Marker
Inscription.
King Blozo. . Ruler of Spinachovia who debuted in the 1931 Thimble Theatre comic strip "The Great Rough House War" . This historical marker was erected in 2017 by City of Chester. It is in Chester in Randolph County Illinois 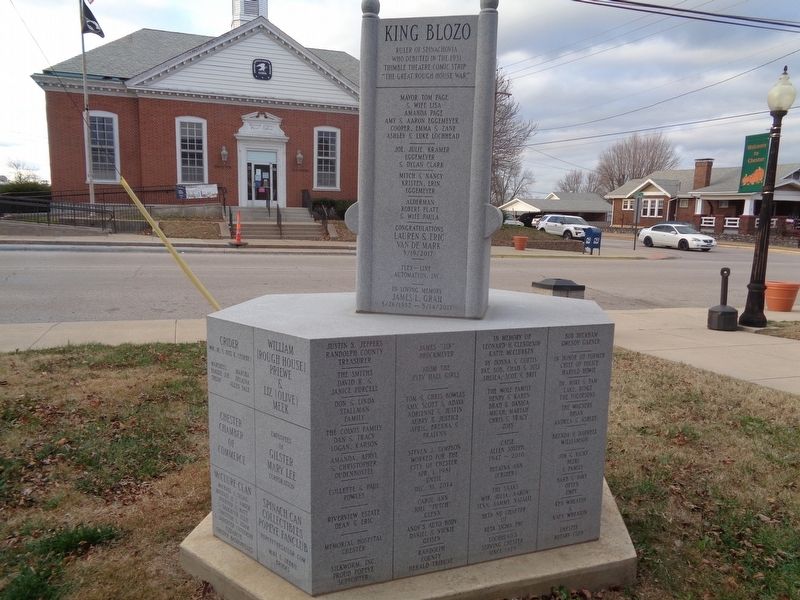 By Jason Voigt, November 30, 2020
2. King Blozo Marker
Historical text is on the back of the statue (at the top)
Popeye and Friends Character Trail. The City of Chester has celebrated one of its most famous residents, E.C. Segar (creator of Popeye comic strip), for many years. In 1977, a park by the Mississippi River was dedicated and named after Segar. That same year, a statue of Popeye was placed there. Every year since 2006 (as of 2020), there have been Popeye character statues erected around town at various places. All of those typically have the donors' names on the base, as well as the city leaders of that year. Most of the statues have historical text on them. (Submitted on December 5, 2020, by Jason Voigt of Glen Carbon, Illinois.) 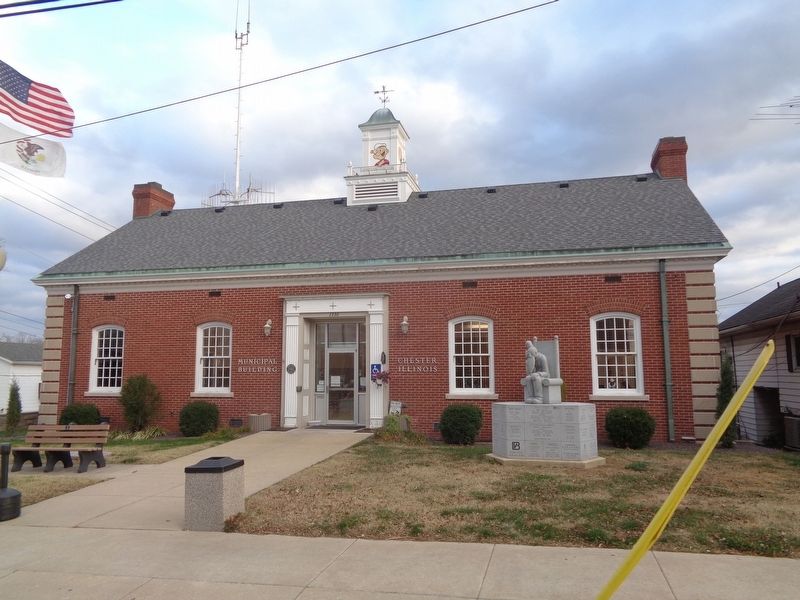 By Jason Voigt, November 30, 2020
3. King Blozo statue
Statue and marker are in front of the Chester Municipal Building. 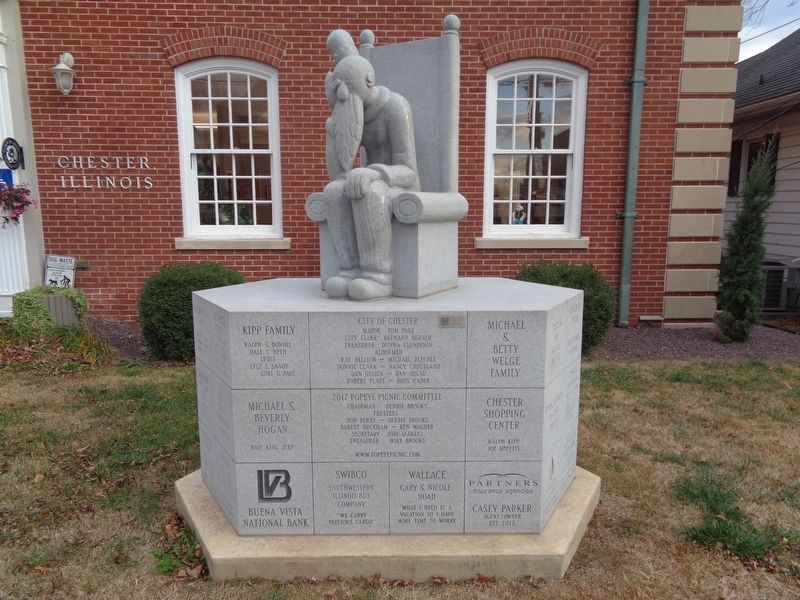