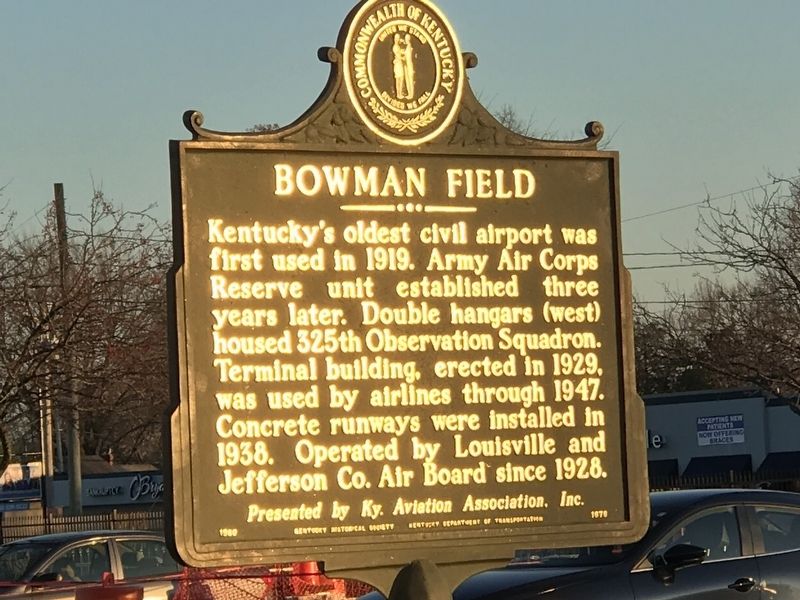 Topics and series. This historical marker is listed in these topic lists: Air & Space • Industry & Commerce 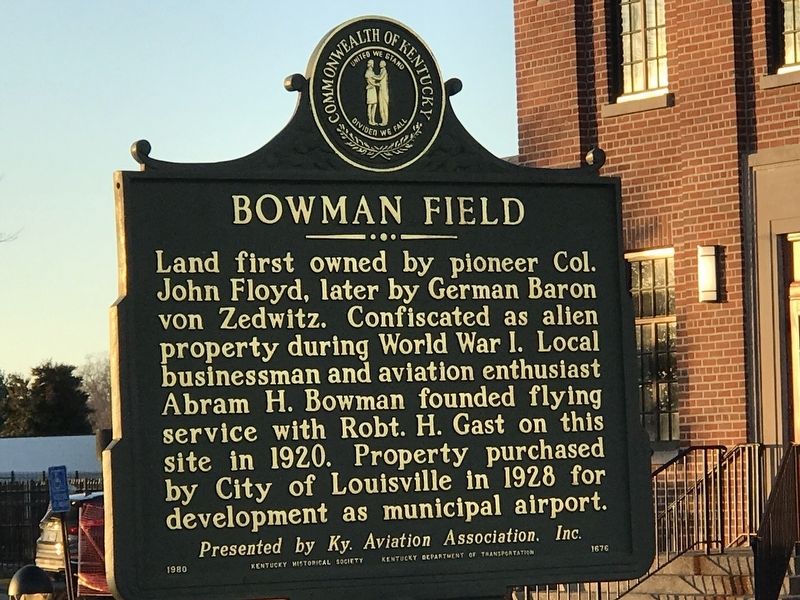 By Duane and Tracy Marsteller, November 28, 2020
2. Bowman Field Marker (Side B)
• War, World I. In addition, it is included in the Kentucky Historical Society series list.

Location. 38° 13.4′ N, 85° 39.981′ W. Marker is in Louisville, Kentucky, in Jefferson County. Marker can be reached from Taylorsville Road (State Road 155), on the right when traveling west. Marker is in parking lot in front of administration building. Touch for map. Marker is at or near this postal address: 2815 Taylorville Road, Louisville KY 40205, United States of America. Touch for directions. 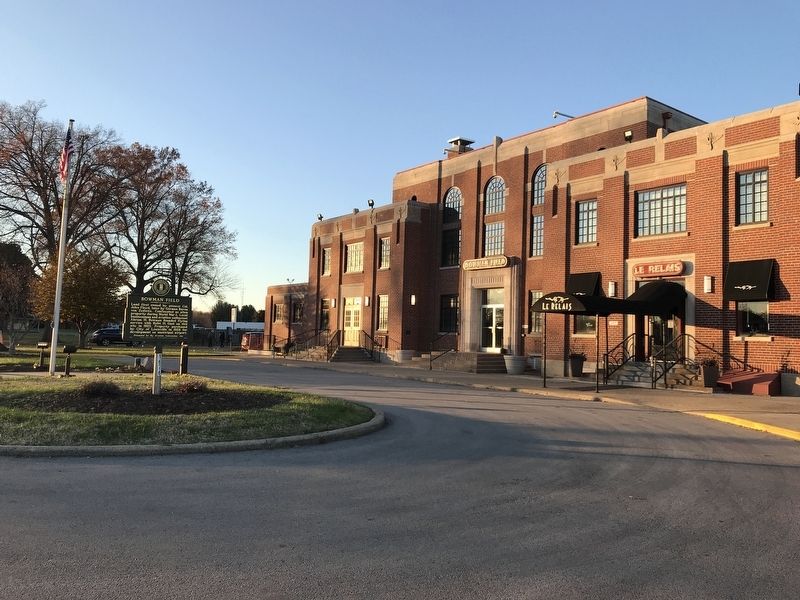