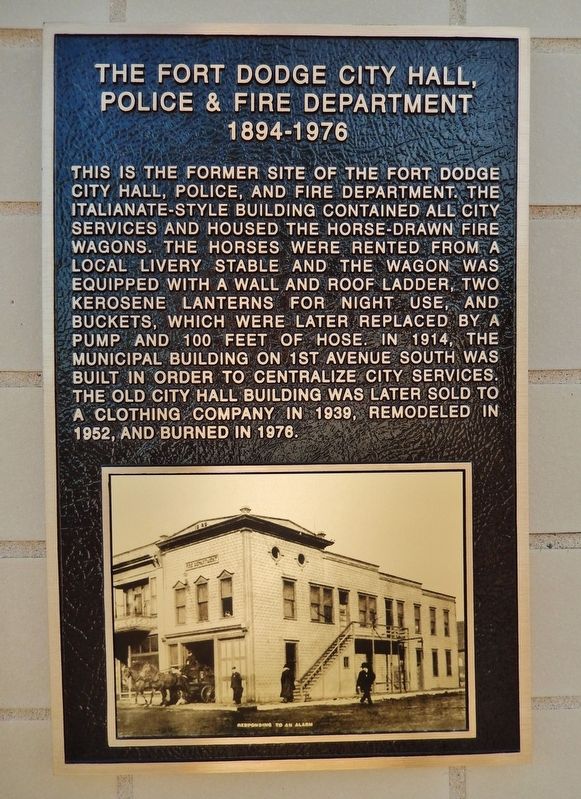 This is the former site of the Fort Dodge City Hall, Police, and Fire Department. The Italianate-style building contained all city services and housed the horse-drawn fire wagons. The horses were rented from a local livery stable and the wagon was equipped with a wall and roof ladder, two kerosene lanterns for night use, and buckets, which were later replaced by a pump and 100 feet of hose. In 1914, the municipal building on 1st Avenue South was built in order to centralize city services. The old City Hall building was later sold to a clothing company in 1939, remodeled in 1952, and burned in 1976. 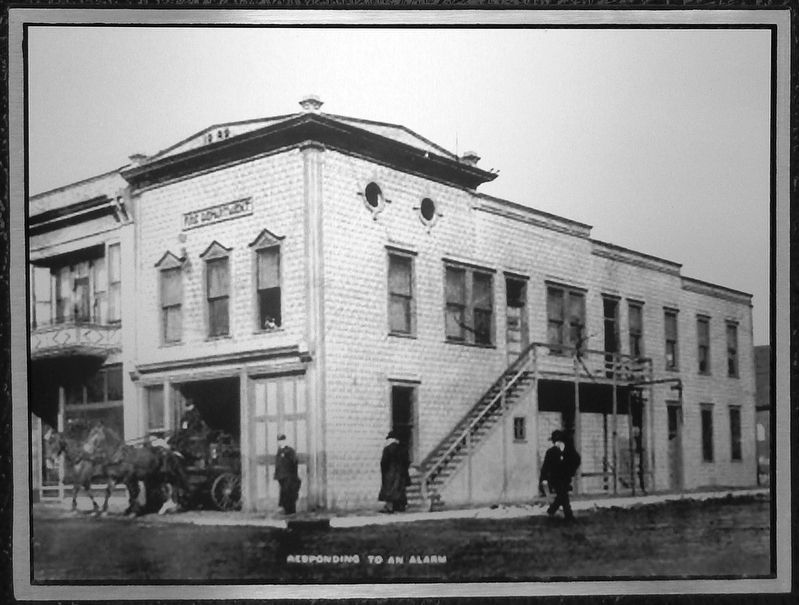 Other nearby markers. At least 5 other markers are within 2 miles of this marker, measured as the crow flies. Webster County Courthouse (about 300 feet away, measured in a direct line); The Fort Dodge Post Office and Federal Building (approx. 0.2 miles away); Chicago, Great Western Depot (approx. 0.3 miles away); Fort Dodge Freedom Rock Veterans Memorial (approx. one mile away); Dragoon Trail Historical Site Marker No. 12 (approx. 1.2 miles away). 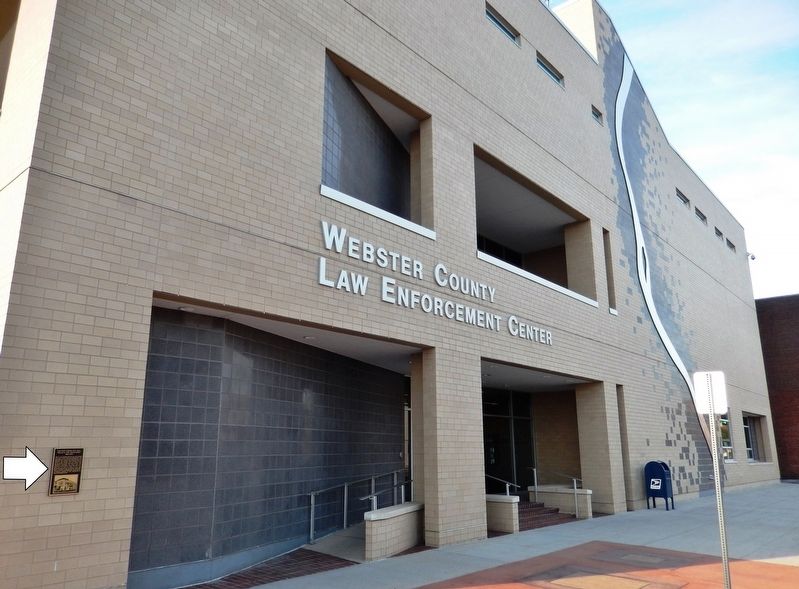