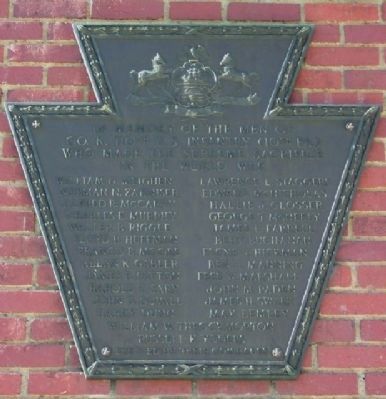 Erected by Their Comrades of Company K.

Location. 39° 53.831′ N, 80° 11.228′ W. Marker is in Waynesburg, Pennsylvania, in Greene County. Memorial is at the intersection of Washington Street and Strawberry Street, on the left when traveling north on Washington Street. Marker is on the front (east) facade of the Captain Robert C. 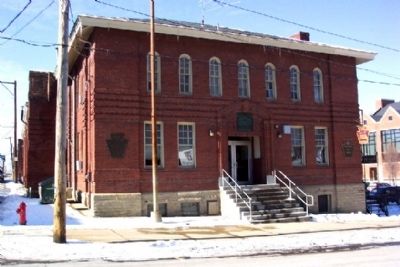 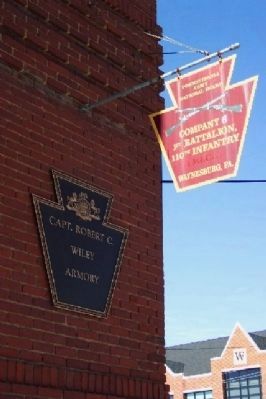