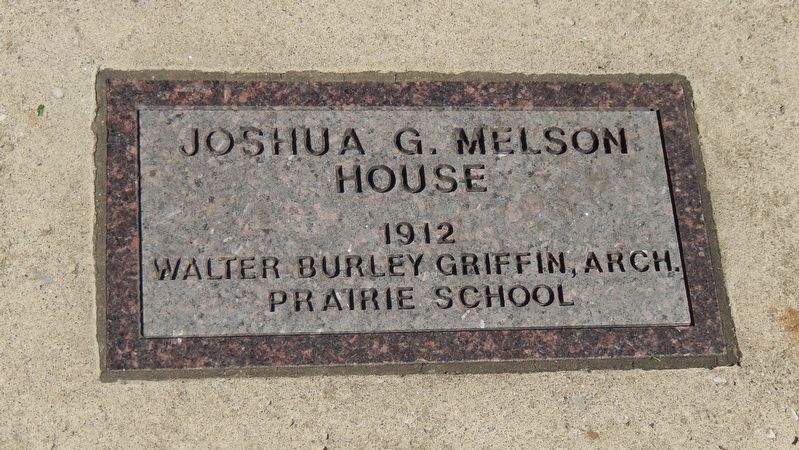 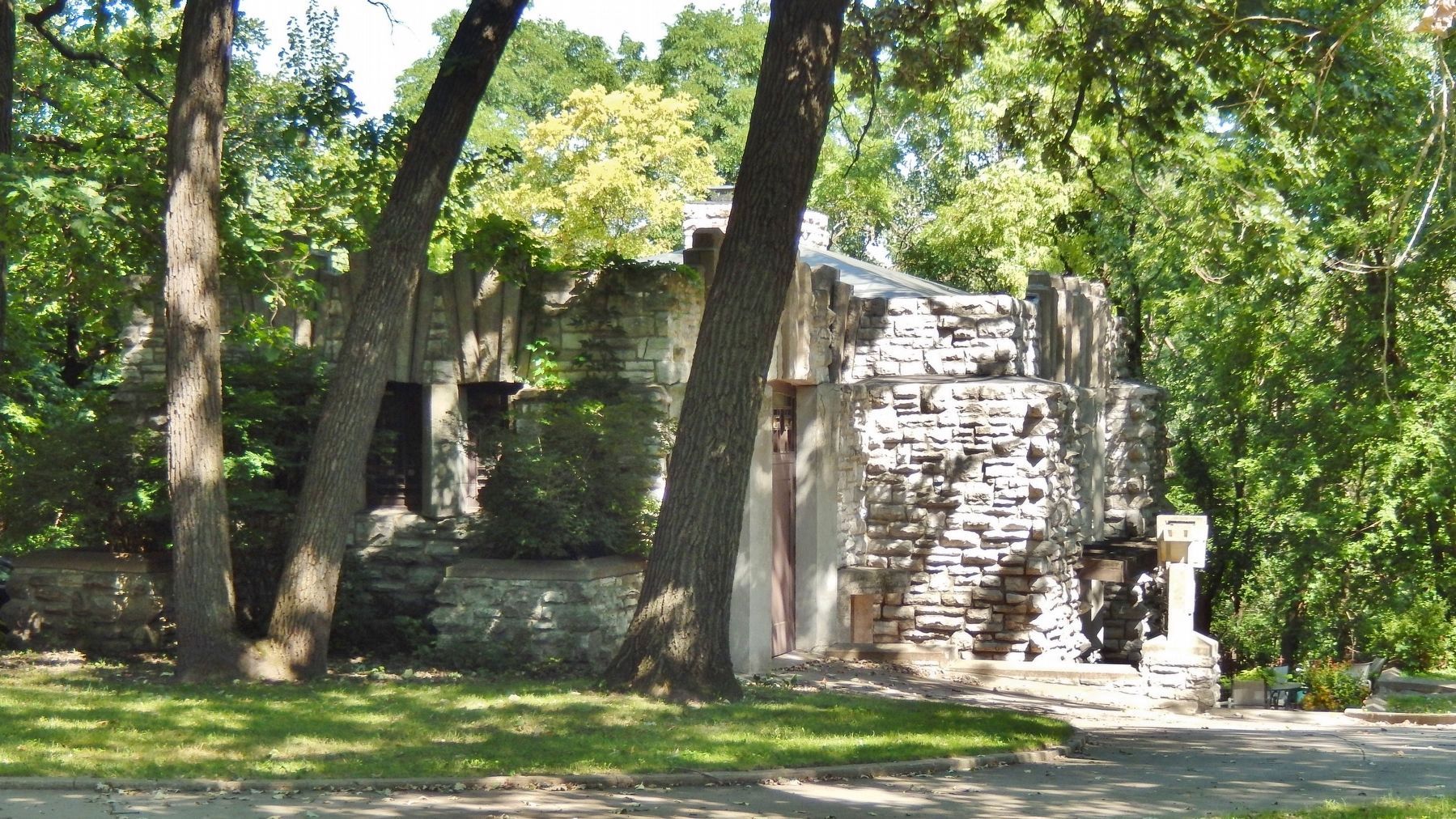 2. Joshua Melson House. The site of the Joshua Melson House is the only place is America where both Frank Lloyd Wright and Walter Burley Griffin designed a house for the same client. Wright's design for Melson later became the Isabel Roberts House, whereas Griffin's design became part of his greatest American achievement - Rock Crest Rock Glen. (Submitted on December 11, 2020, by Cosmos Mariner of Cape Canaveral, Florida.)

3. Joshua G. Melson House. In 1914, Walter Burley Griffin created a design that provided more than a good view of the creek. Not only did Joshua G. Melson finally realize his dream of having a home along Willow Creek, Griffin designed a home that is considered to be his domestic American masterpiece. The home is sheathed in rough stone that matches the stones of the bluff in which the building is nestled and reinforced concrete, a physical extension and complete integration of the home's surroundings. (Submitted on December 11, 2020, by Cosmos Mariner of Cape Canaveral, Florida.)