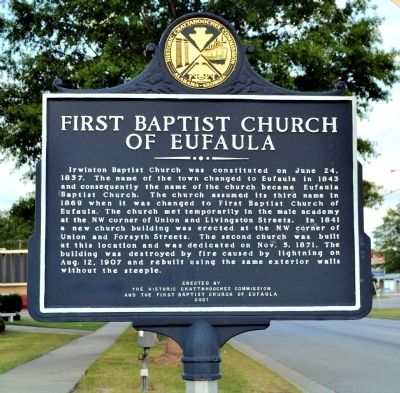 Irwinton Baptist Church was constituted on June 24, 1837. The name of the town changed to Eufaula in 1843, and consequently the name of the church became Eufaula Baptist Church. The church assumed its third name in 1869 when it was changed to First Baptist Church of Eufaula. The church met temporarily in the male academy at the Northwest corner of Union and Livingston Streets. In 1841 a new church building was erected at the Northwest corner of Union and Forsyth Streets. The second church was built at this location and was dedicated on November 5, 1871. The building was destroyed by fire caused by lightning on August 12, 1907 and rebuilt using the same exterior walls without the steeple.

Erected 2001 by Historic Chattahoochee Commission and the First Baptist Church. 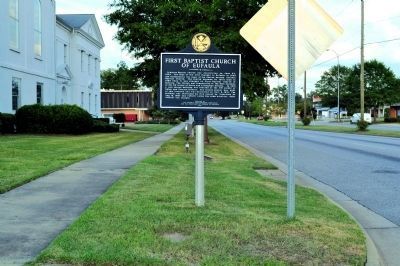 By David Seibert, August 13, 2011
2. First Baptist Church of Eufaula Marker
Looking east on East Barbour Street (US 82) toward Lake Walter F. George (and Georgia).
Street, on the right when traveling west on East Barbour Street. Touch for map. Marker is at or near this postal address: 125 S Randolph St, Eufaula AL 36027, United States of America. Touch for directions. 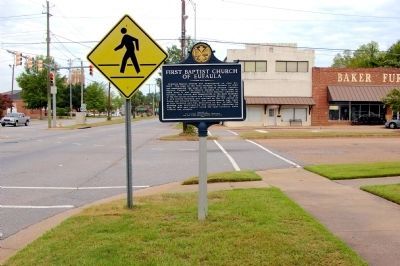 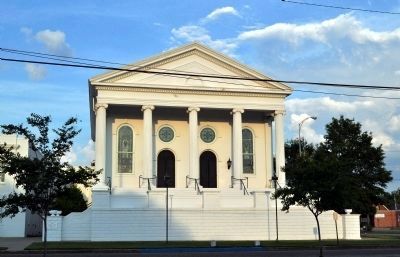 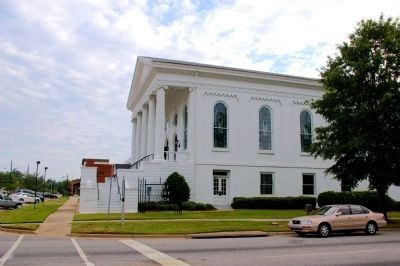 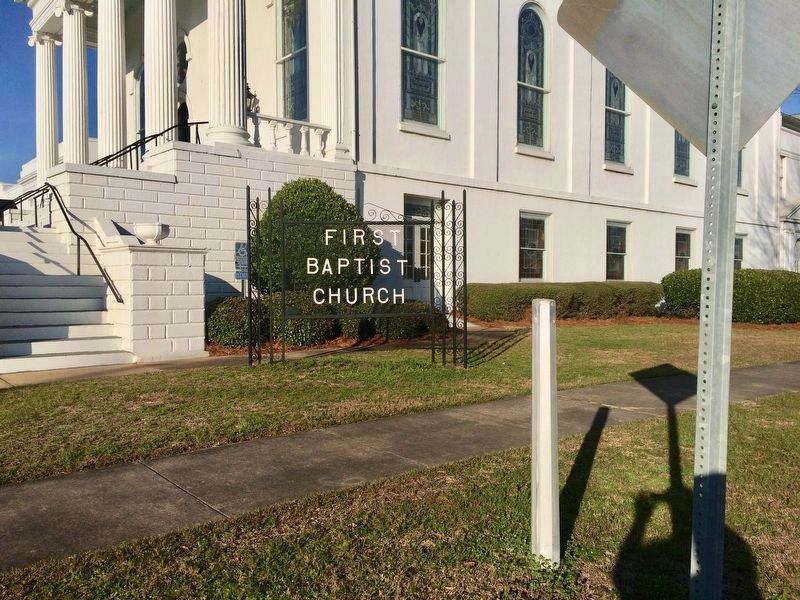 Editor’s want-list for this marker. Photo of replaced marker in context with the church. • Can you help?
Share This Page.