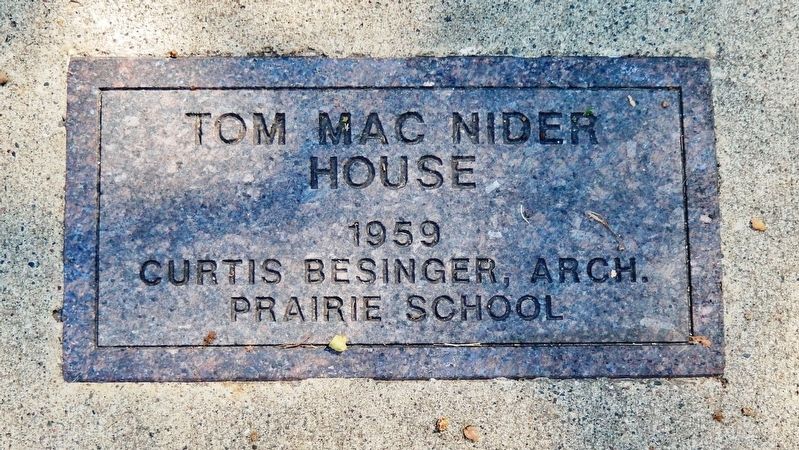 Location. 43° 9.076′ N, 93° 11.584′ W. Marker is in Mason City, Iowa, in Cerro Gordo County. Marker is on Rock Glen south of East State Street, on the left when traveling south. Marker is embedded in the sidewalk directly in front of the subject house. Touch for map. Marker is at or near this postal address: 15 Rock Glen, Mason City IA 50401, United States of America. Touch for directions. 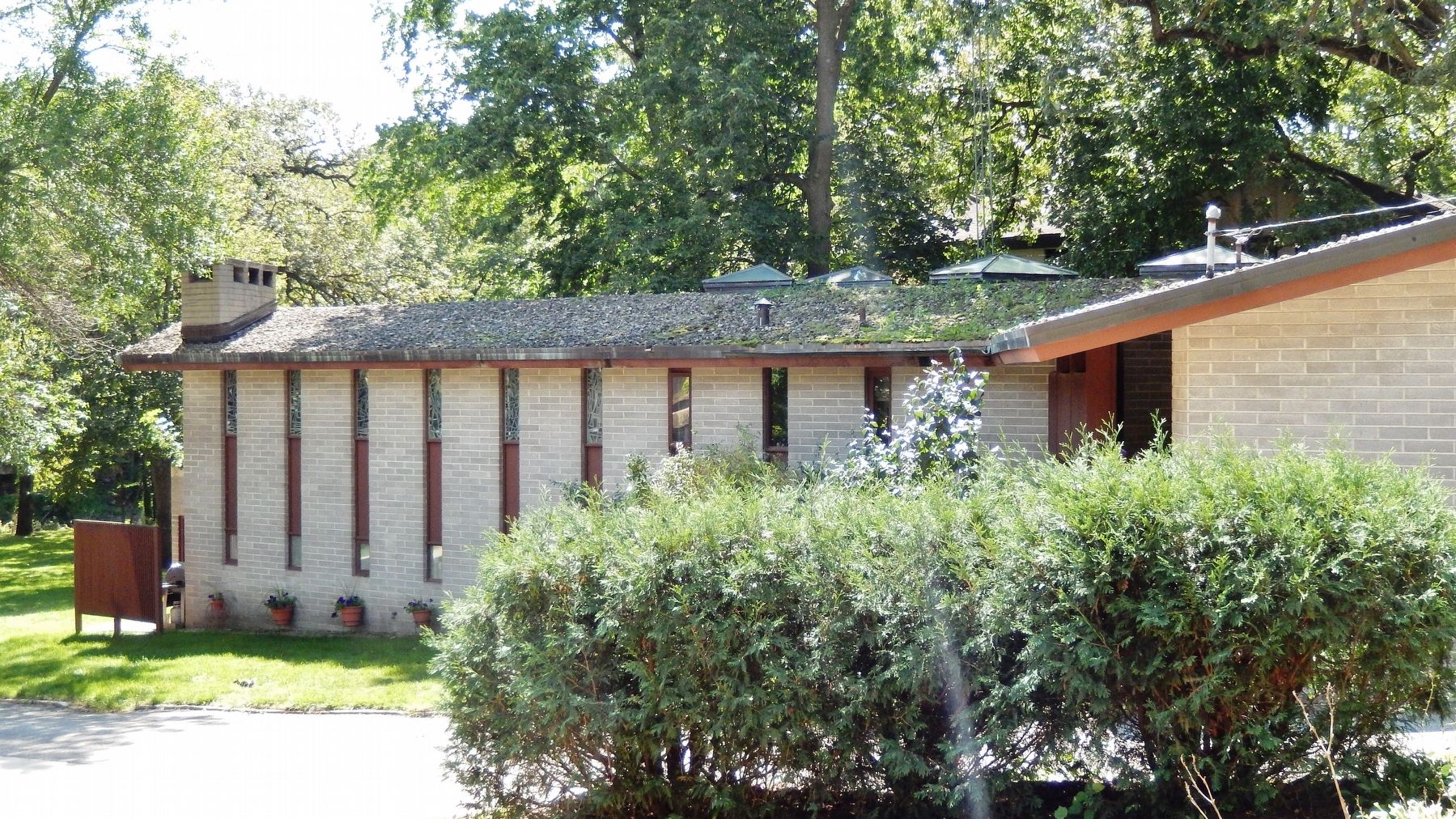 By Cosmos Mariner, August 22, 2016
2. Tom MacNider House (north elevation)
This masterpiece of Usonian understatement was designed by Curtis Besinger in 1959. Besinger was twice an apprentice at Frank Lloyd Wright’s Tailesin. The house was designed for Tom MacNider, vice-president of the Northwestern States Portland Cement Company which may have been a factor in the choice of oversized concrete blocks as its building material. (Submitted on December 12, 2020, by Cosmos Mariner of Cape Canaveral, Florida.)