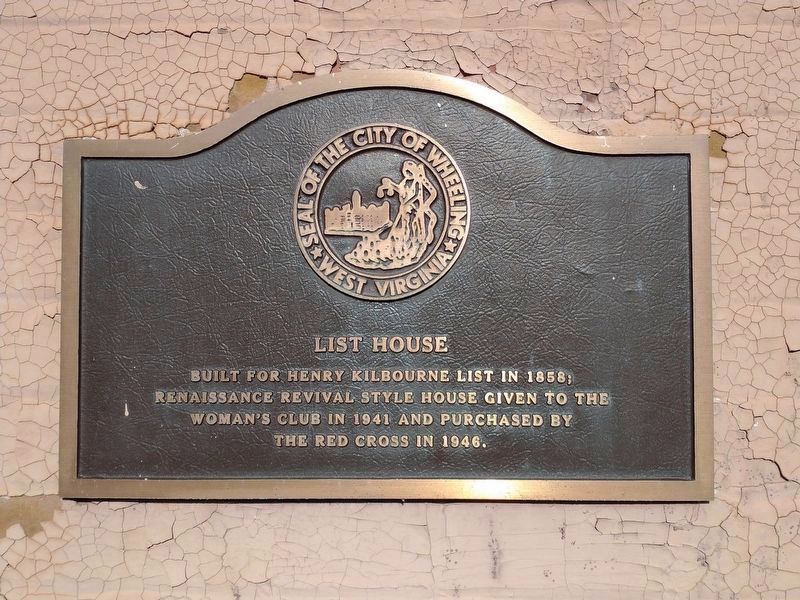 Photographed By TeamOHE, July 3, 2021
1. List House Marker
Inscription.
List House. . , Built for Henry Kilbourne List in 1858; Renaissance Revival style house given to the Woman's Club in 1941 and purchased by the Red Cross in 1946. . This historical marker was erected by City of Wheeling, West Virginia. It is in Wheeling in Ohio County West Virginia

Built for Henry Kilbourne List in 1858; Renaissance Revival style house given to the Woman's Club in 1941 and purchased by the Red Cross in 1946.

Topics. This historical marker is listed in these topic lists: Industry & Commerce • Notable Buildings. A significant historical year for this entry is 1858. 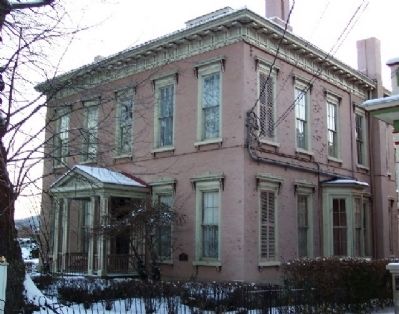 Additional commentary.
1. List House and Pollack Memorial
The Henry Kilbourne List House (827 Main St.) has undergone architectural changes. The front porch area is not original. It was rebuilt (smaller) by the American Red Cross in the late 1940s or early 1950s. The back portion of the house was added after the original construction. Mr. List was a successful dry goods merchant and banker who had a growing family.

To the left (south) side of the property sits the Augustus Pollack Memorial. He was a well known German cigar merchant, German Newspaper publisher, and an insurance executive who supported the nineteenth century 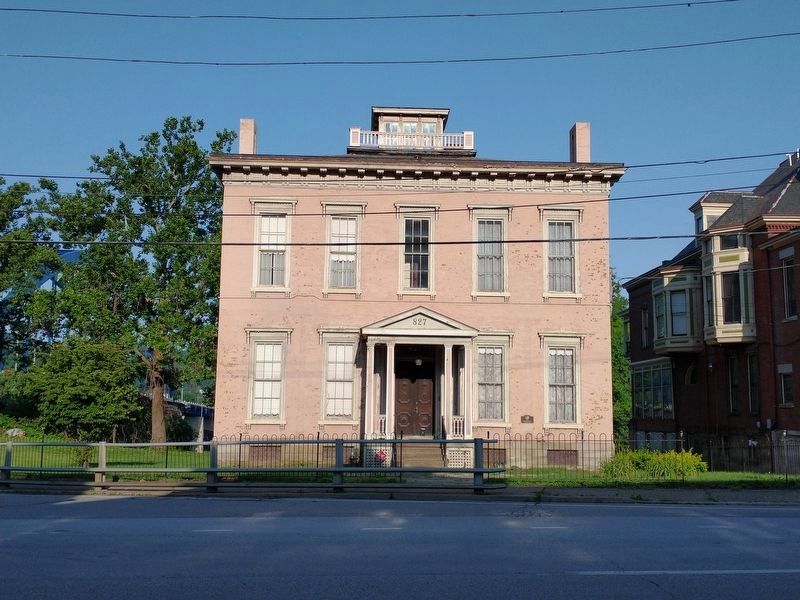 Photographed By TeamOHE, July 3, 2021
3. List House Marker
labor movement. The memorial was originally located at the old state capitol building (built ca 1876) at Chapline St. and 16th Street. It was relocated next to the List House around 1956, next to the I-70 (Ft. Henry Bridge).