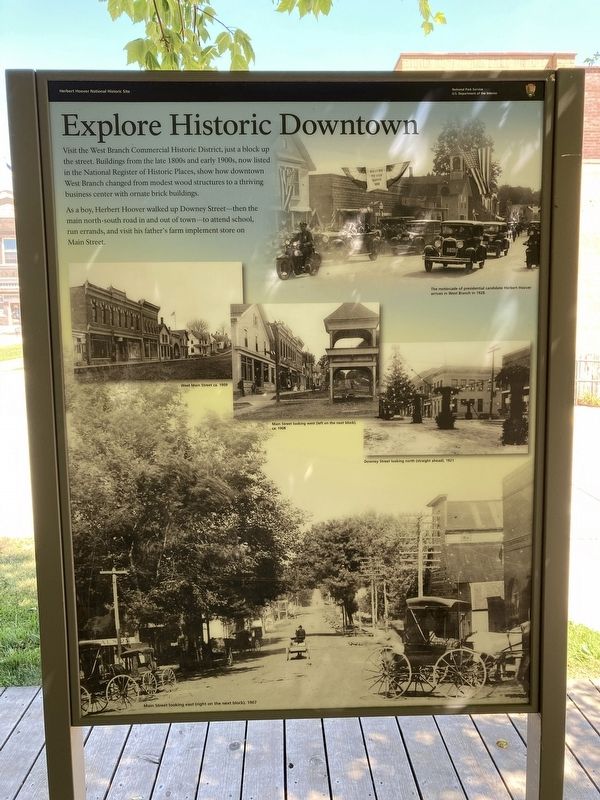 As a boy, Herbert Hoover walked up Downey Street, then the main north-south road in and out of town, to attend school, run errands, and visit his father’s farm implement store on Main Street.

Visit the West Branch Commercial Historic District, just a block up the street. Buildings from the late 1800s and early 1900s, now listed in the National Register of Historic places, show how downtown West Branch changed from modest wood structures to a thriving business center with ornate buildings.

As a boy, Herbert Hoover walked up Downey Street—then the main north-south road in and out of town—to attend school, run errands, and visit his father’s farm implement store on Main Street.

Erected by National Park Service, US Department of the Interior. 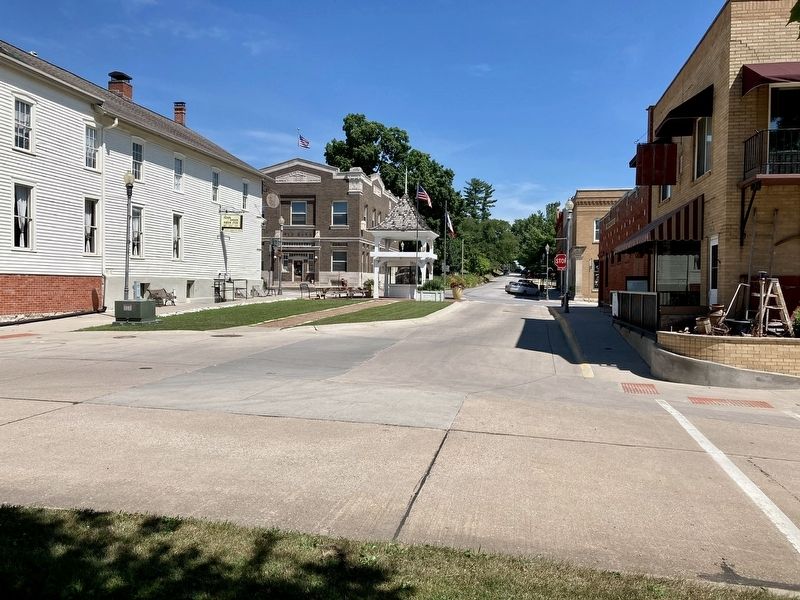 By Connor Olson, July 26, 2020
2. Historic Downtown beyond the marker
20.795′ W. Marker is in West Branch, Iowa, in Cedar County. Marker is at the intersection of Penn Street and Downey Street, on the left when traveling west on Penn Street. Touch for map. Marker is in this post office area: West Branch IA 52358, United States of America. Touch for directions.

Editor’s want-list for this marker. A wide shot of the marker and its surroundings. • • Can you help?
Share This Page.