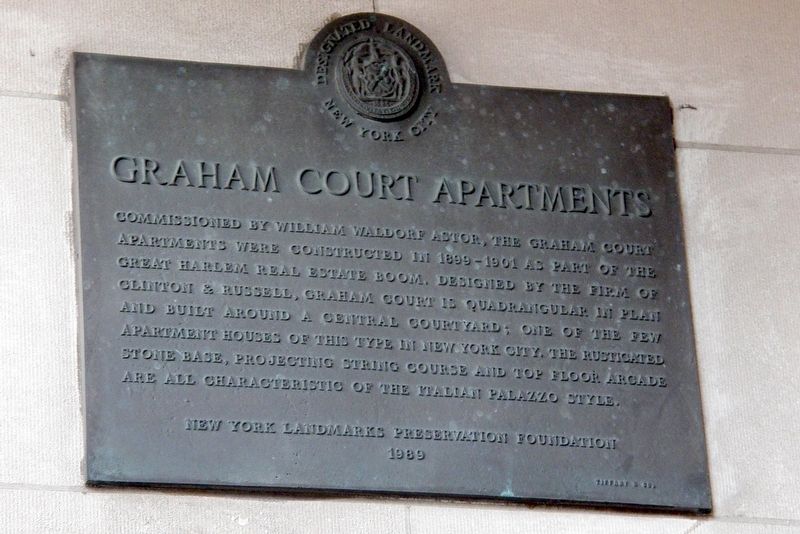 Commissioned by William Waldorf Astor, the Graham Court Apartments were constructed in 1899-1901 as part of the great Harlem real estate boom. Designed by the firm of Clinton & Russell, Graham Court is quadrangular in plan and built around a central courtyard; (sic) one of the few apartment houses of this type in New York City. The rusticated stone base, projecting string course and top floor arcade are all characteristic of the Italian Palazzo style. 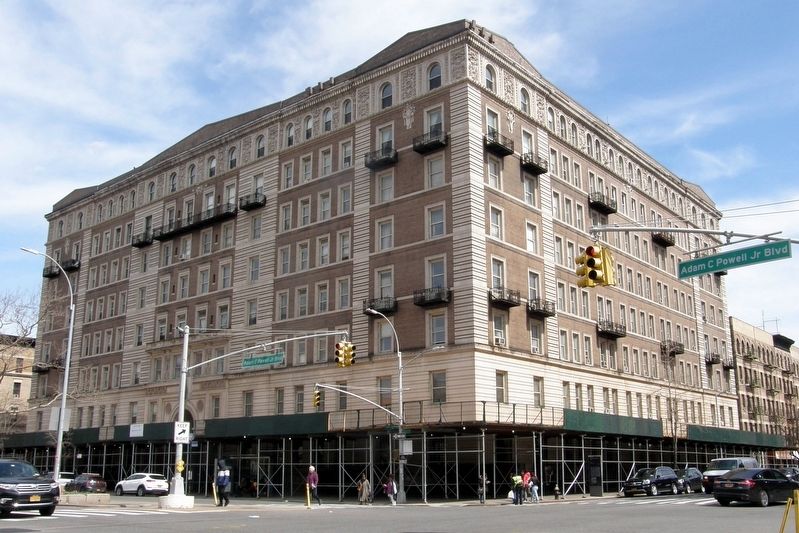 Regarding Graham Court Apartments. The building is listed in the "AIA (American Institute of Architects) Guide to New York City, Fifth Edition". 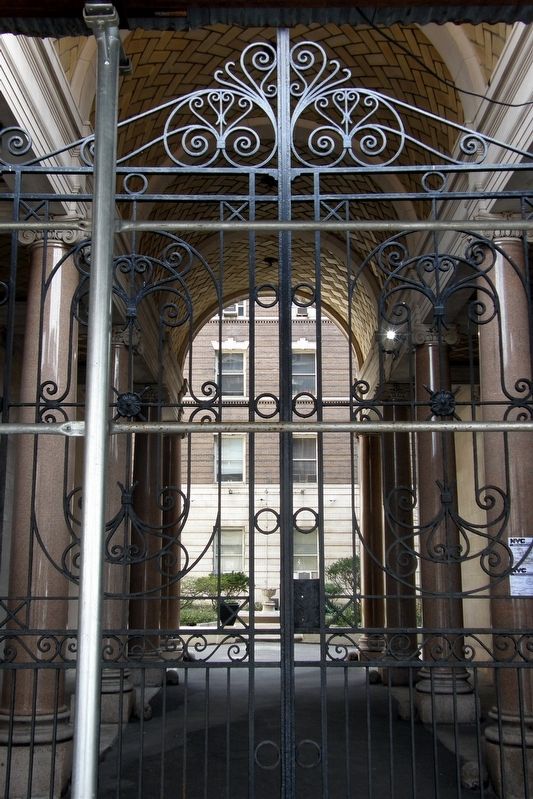 Editor’s want-list for this marker. Photos without the scaffolding • Can you help?
Share This Page.