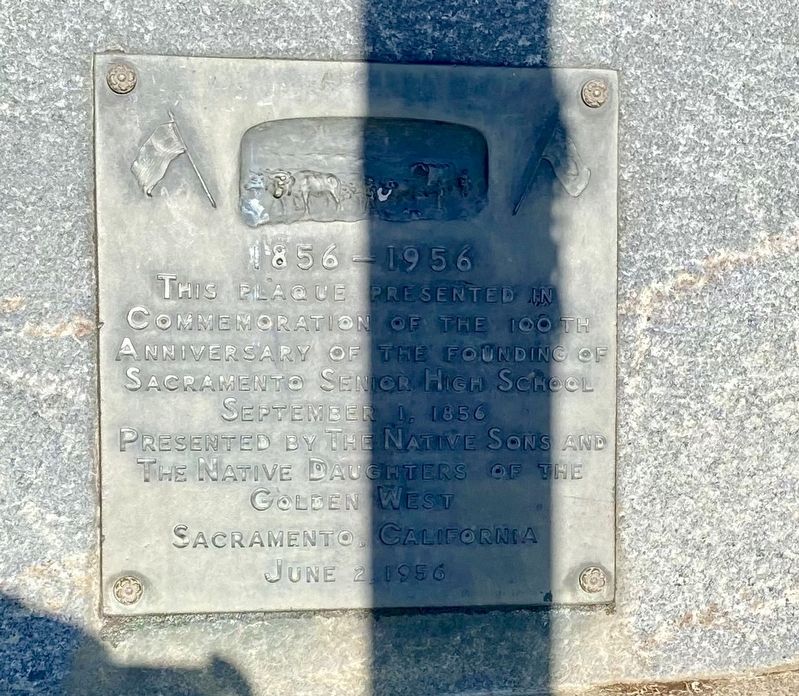 Topics and series. This historical marker is listed in this topic list: Education. In addition, it is included in the Native Sons/Daughters of the Golden West series list. 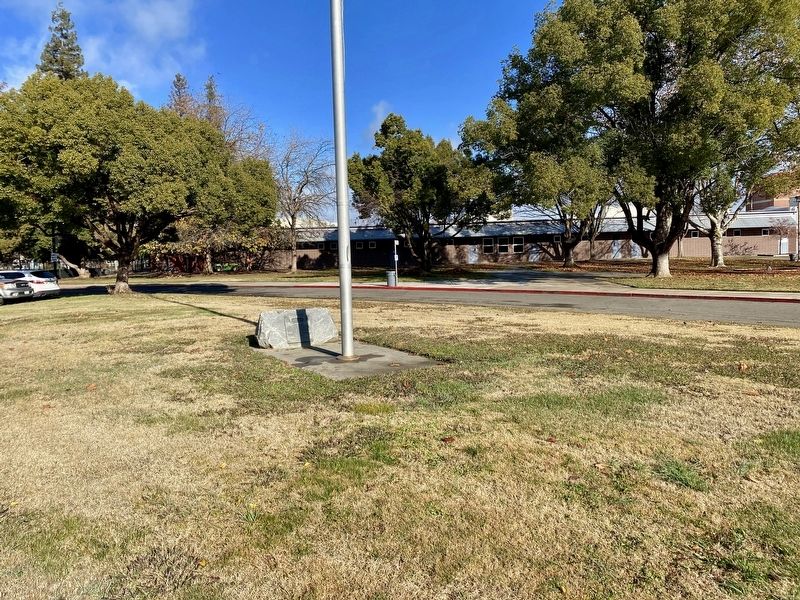 More about this marker. The marker is mounted to a low rock adjacent to the flagpole on the grounds of what is now the St. Hope Charter School. 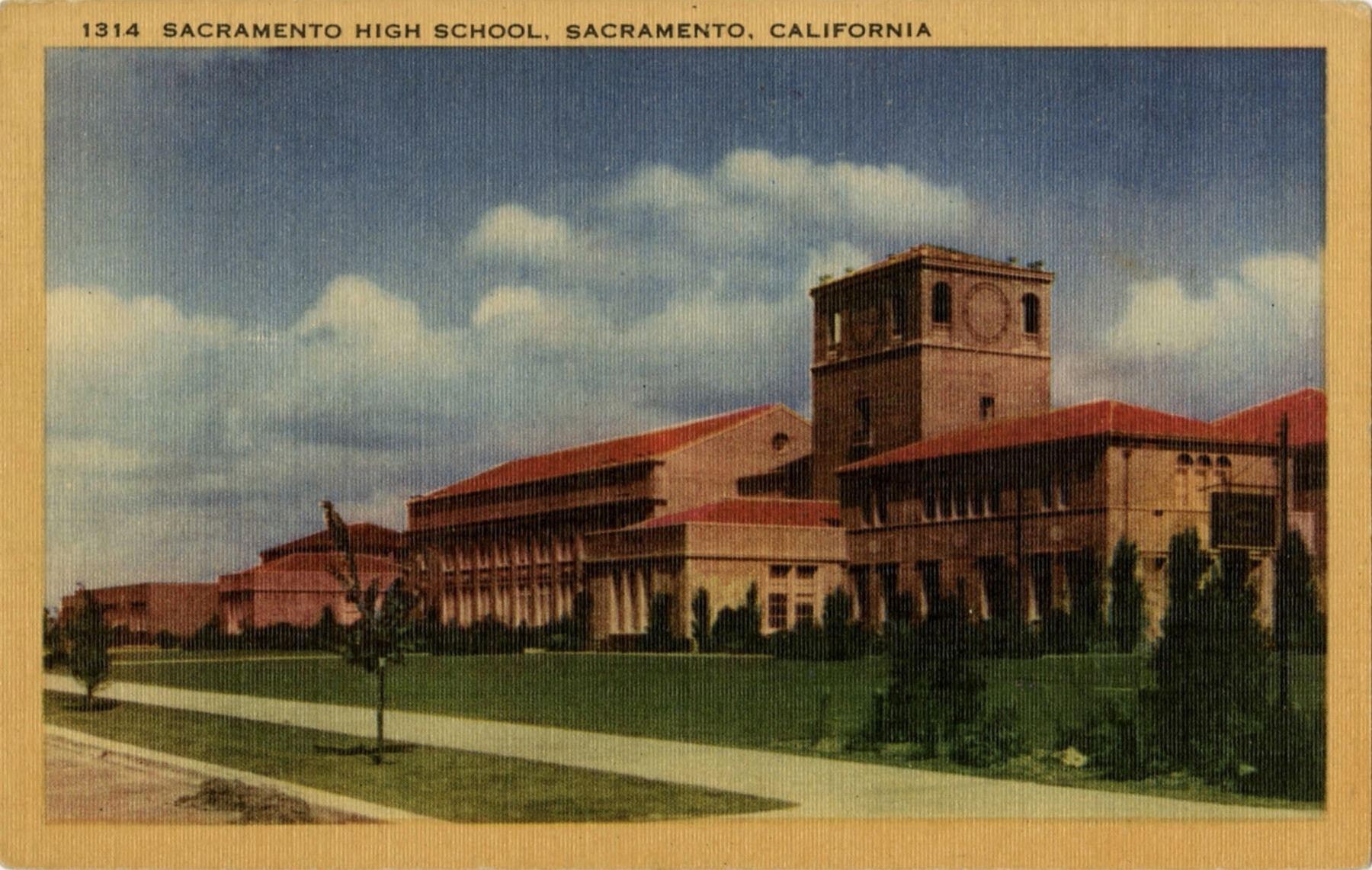 Postcard image courtesy of Sacramento Public Library, Sacramento Room, 1940
3. Sacramento High School, Sacramento, California
"...Before the current location on 34th Street was occupied Sacramento High School was located in several locations downtown, sharing space with lower grades at the Franklin Grammar School at Sixth and L Streets from 1858 until 1865. From 1865 until 1876 high school students attended class in temporary quarters until the first real Sacramento High School opened at Ninth and M Streets. Students continued to attend school at this location until 1908. As a result of over-crowded classrooms students were sent to the Sutter Junior High School building at 19th and K Streets until the current structure was dedicated on November 12, 1924. In 1973 the tower on the right was deemed an earthquake hazard and razed, and in 2003 Sacramento High entered a new phase as a charter school." - Sacramento Public Library
Credits. This page was last revised on December 16, 2020. It was originally submitted on December 16, 2020, by Andrew Ruppenstein of Sacramento, California. This page has been viewed 37 times since then and 3 times this year. Photos:   1, 2, 3. submitted on December 16, 2020, by Andrew Ruppenstein of Sacramento, California.
Share This Page.