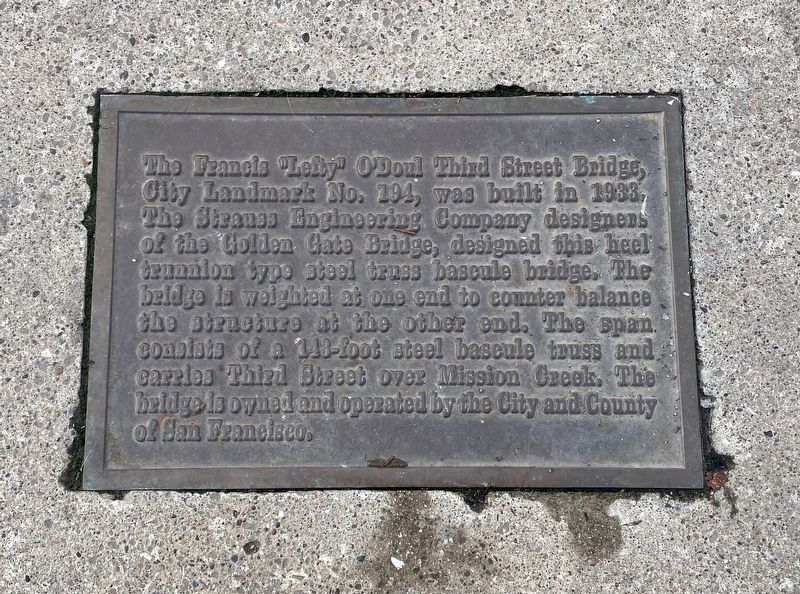 The Francis Lefty O'Doul Third Street Bridge, City Landmark No. 194, was built in 1933. The Strauss Engineering Company, designers Of the Golden Gate Bridge, designed this heel trunnion type steel truss bascule bridge. The bridge is weighted at one end to counter balance the structure at the other end. The span consists of a 148-foot steel bascule truss and carries Third Street over Mission Creek. The bridge is owned and operated by the City and County of San Francisco. 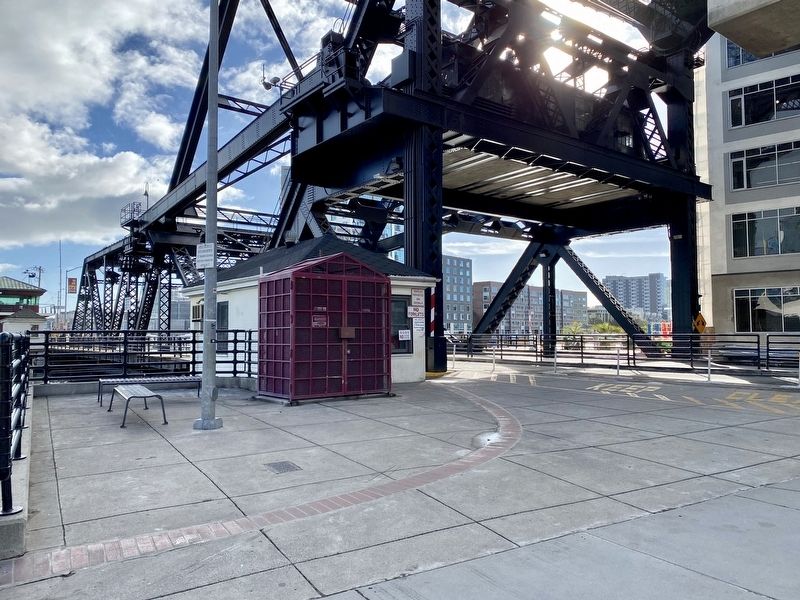 By Andrew Ruppenstein, December 17, 2020
2. The Francis "Lefty" O'Doul Third Street Bridge Marker - wide view
The marker is visible here embedded in the sidewalk just a few steps from the bridge, on the east (Bay/ballpark) side of Third Street.
(about 600 feet away); The Garcia and Maggini Warehouse (about 700 feet away); Chutchui and Sitlintac (about 800 feet away); Gaylord Jackson Perry (approx. 0.2 miles away). Touch for a list and map of all markers in San Francisco.

Also see . . .
1. Third Street Bridge (NoeHill in San Francisco). "This is the only bridge of this type in the vicinity of San Francisco although sixteen steel truss bascules remain in California today, nine of them designed by Strauss. Four were built by Strauss between 1923 and 1929 along the Sacramento River....The Lefty O'Doul bridge is the last of this type that Strauss designed." (Submitted on December 18, 2020.) 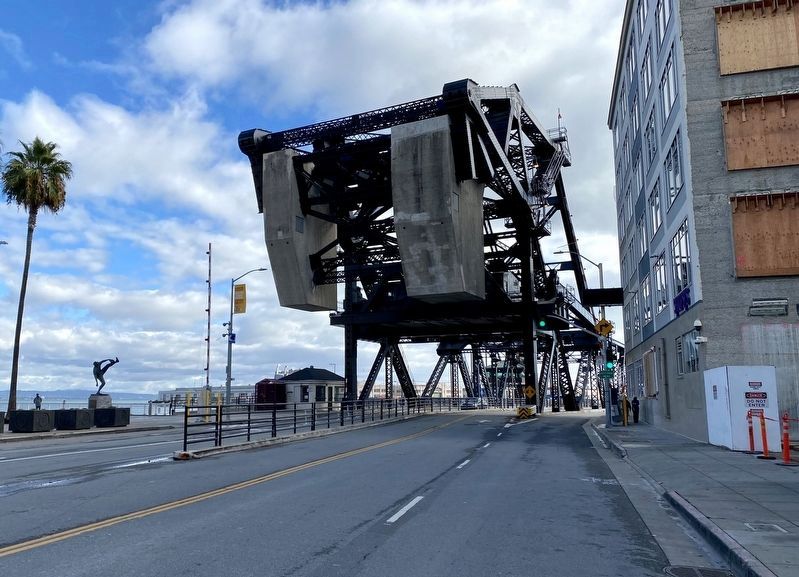 By Andrew Ruppenstein, December 17, 2020
3. Third Street Bridge - looking south on Third Street
(The statue on the left in the distance is of Juan Marichal about to throw a baseball out over Mission Bay.) 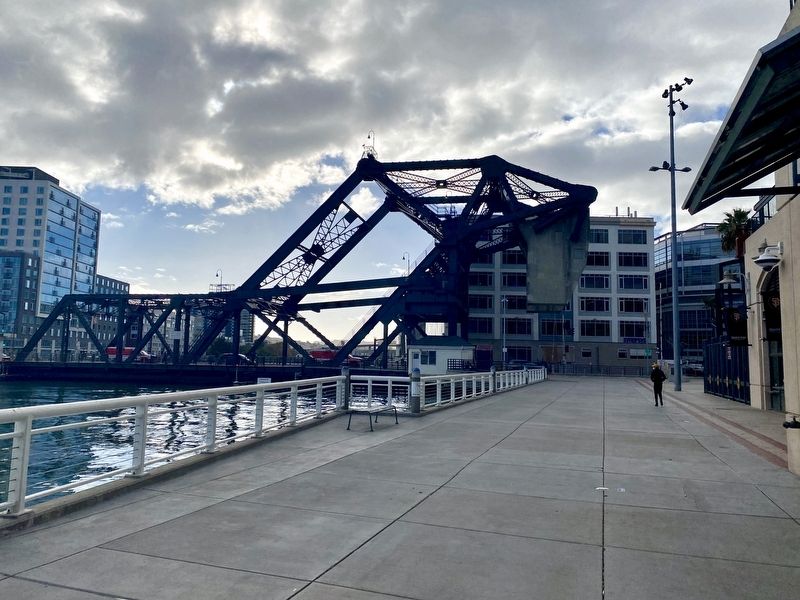 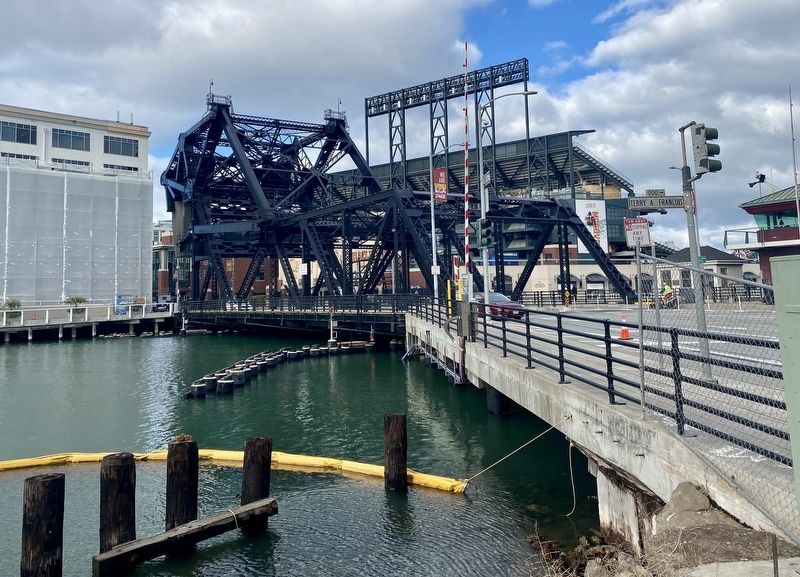 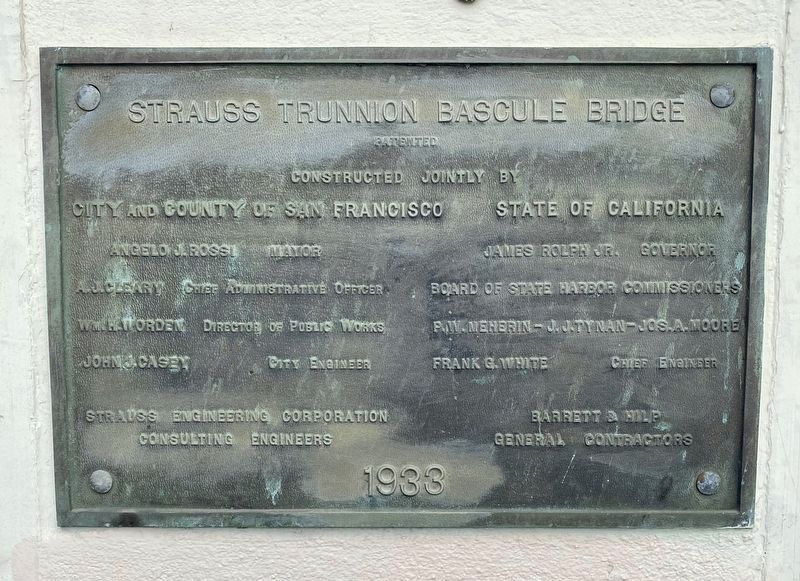