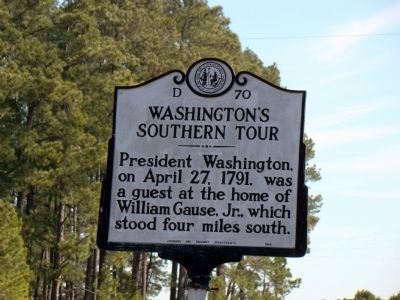 President Washington, on April 27, 1791, was a guest at the home of William Gause, Jr., which stood four miles north.

Topics and series. This historical marker is listed in this topic list: Government & Politics. In addition, it is included in the Former U.S. Presidents: #01 George Washington, and the George Washington Slept Here series lists. A significant historical date for this entry is April 27, 1791.

Location. 33° 57.267′ N, 78° 26.874′ W. Marker is near Shallotte, North Carolina, in Brunswick County. Marker is at the intersection of Ocean Highway (U.S. 17) and Ocean Isles Beach Road, on the right when traveling north on Ocean Highway. Touch for map. Marker is in this post office area: Shallotte NC 28470, United States of America. Touch for directions. 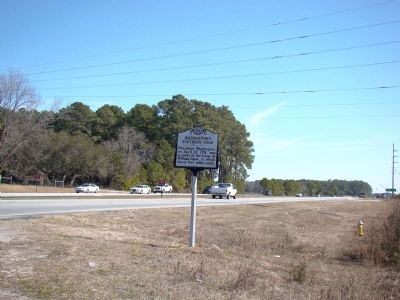